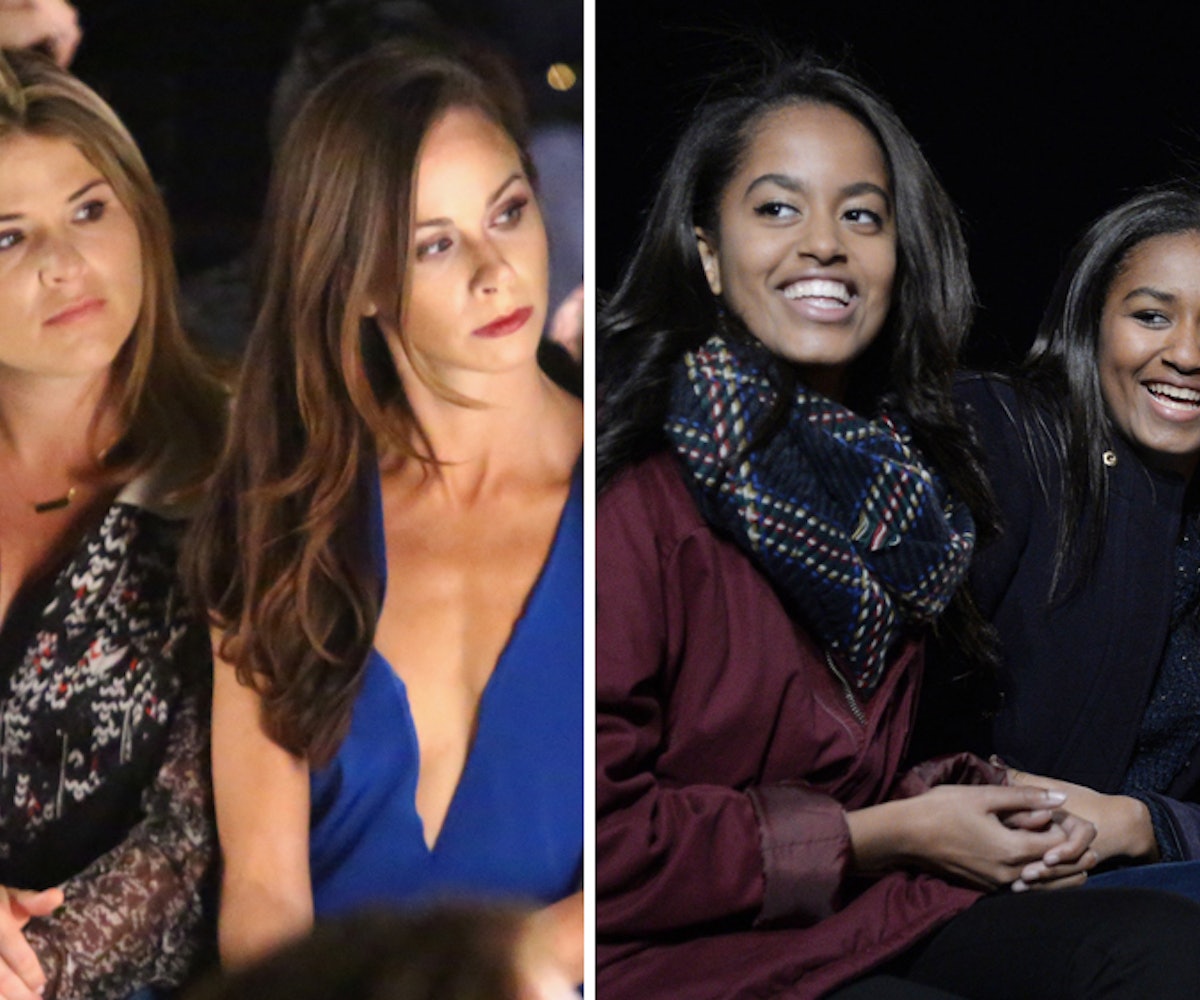 The Obamas final days in the White House have certainly been a cause for reflection and, in light of the disarray this election season provoked, optimism. More so than with any previous change of office, the nation seems fixated on honoring the good these past eight years have brought. GQ even declared Barack Obama as "one of America's greatest presidents of all time." While many fixate on Barack and Michelle Obama's impact, let's not overlook two other Obama family members who've gone through arguably life's most tumultuous years under the scrutiny of the White House's public eye: Malia and Sasha Obama, the newest members of the former First Children club.

The Bush daughters, Barbara and Jenna Bush Hager, welcomed Malia and Sasha to the "rarified club" with an open letter published by TIME. In it, they applaud the Obama daughters for their grace in growing up beneath the spotlight, remembering the time they gave them a tour of the White House and how their joy mimicked theirs years before. They remind the girls to remember the staff who helped make the White House a home and not take for granted the Secret Service that "put their lives on hold for [them]." What's more, though, the Bush daughters echo the statements Barack Obama made during his farewell speech where he said, "You wore the burden of years in the spotlight so easily." They touch on, from experience, how hard it can be to see your parents reduced to headlines and be criticized by people who have never met them. That time is coming to an end, but a new chapter begins.

"Enjoy college," they write. (Malia will be attending Harvard.)  "You won’t have the weight of the world on your young shoulders anymore. Explore your passions. Learn who you are. Make mistakes—you are allowed to." That's solid advice for anyone, really. Take chances, make mistakes, and get messy. That's the only way you really learn, anyway.