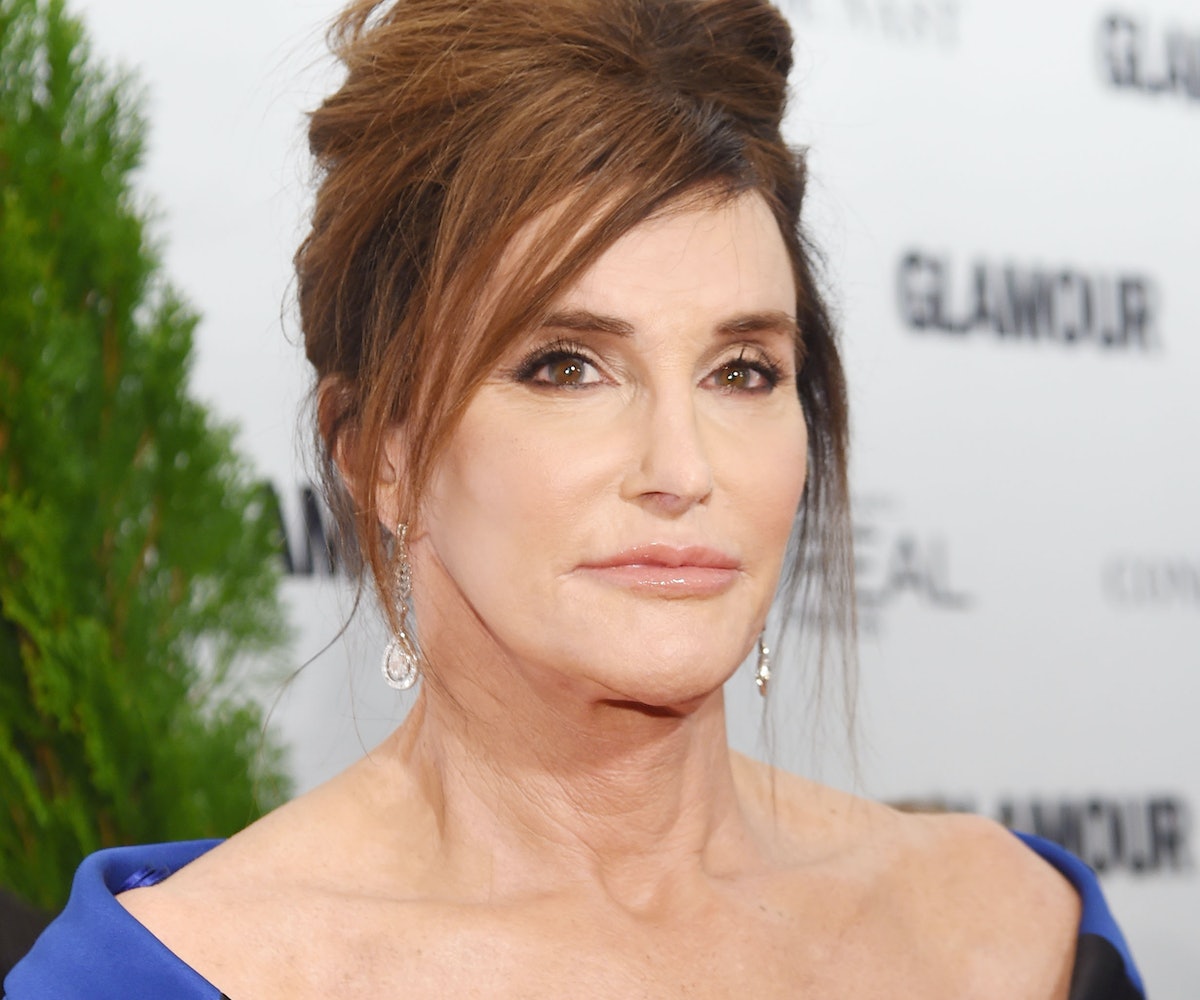 Caitlyn Jenner: no other American this year has incited such polarizing personal reactions. When Caitlyn came out as trans back in April (and was still going by her former name, Bruce—this was months before she made a second splash with a high-profile, high-fashion appearance on the cover of Vanity Fair), it seemed everyone was suddenly ready to have a conversation about the complications of gender identity. Well, at the very least, folks were ready to have a conversation about Jenner. Was she a hero? Was she desperate for attention? Could she be a role model and be the face of the transgender movement? Was it possible that she was all of the above—and none of the above — at the very same time?

As we come close to the end of the year, one thing is certain: Caitlyn Jenner is no less polarizing than she was when she became inarguably the most famous and recognizable transgender person in the world. And while her reality show may not have achieved Kardashian-level ratings, it was successful simply for giving a platform for the vast and diverse transgender community. Caitlyn, as well as her audience, was learning what it was to be a trans person in this country. And we learned along with her that to be a member of the community was also to be subject to the learning curve that comes with understanding trans issues. She was no perfect spokesperson, and she didn’t ask to be. But such is the burden with being the most recognizable figure of a marginalized community.

Which is why, at the end of this long year, Caitlyn Jenner still can’t do anything right—despite her best intentions.

Her latest infraction came during her recent interview with Time in honor of her inclusion in the magazine’s annual Person of the Year package. Jenner speaks of the pressure to put on a good image as the de facto spokesperson for the trans community—a role she didn’t necessarily ask for, but one that she earned simply by being a high-profile trans woman (and by willfully stepping in front of the cameras to chronicle her journey on I Am Cait). When asked about what that “good image” means to her, Caitlyn speaks in terms of appearance and “presentation.”

One thing that has always been important for me, and it may seem very self-absorbed or whatever, is first of all your presentation of who you are. I think it’s much easier for a trans woman or a trans man who authentically kind of looks and plays the role. So what I call my presentation. I try to take that seriously. I think it puts people at ease. If you’re out there and, to be honest with you, if you look like a man in a dress, it makes people uncomfortable. So the first thing I can do is try to present myself well. I want to dress well. I want to look good. When I go out, as Kim says, you’ve got to rock it because the paparazzi will be there. The second thing I want to do in living my life authentically is be intelligent on the subject. Hopefully as time goes on I’ll learn more and more and more and get better at that.

Superficial? Sure. I don’t think any one would argue that Jenner isn’t—she has chosen to take the high-glamour route, a look that goes hand-in-hand with her continued pursuit of celebrity. And even though Jenner is now a member of the most infamously shallow family in America (having previously been just a former sports figure), there are plenty of people who are still expecting Jenner to express a nuanced, thoughtful, and intelligent view of the world at large—and of the trans experience in particular.

Cosmopolitan’s Alex Rees went on a long, impassioned rant about how Jenner’s recent statements were stereotypical and transphobic—arguing that Jenner’s remarks about “presentation” come from a place of privilege and a gender normative mindset. “Caitlyn's use of the word ‘authentic’ to qualify someone's appearance, and her reinforcement that trans people ‘play a role’ in their day-to-day lives, is a serious misunderstanding of what many in the community are still compelled to argue is a major reason behind their transitions,” Rees writes. That’s not an incorrect assessment! It is ironic, however, that Rees’ insistence that “a trans person, or any person for that matter, should not need to worry about ‘putting others at ease’ in how they ‘present’ themselves to the world either” (“Fuck that normative nonsense,” he quips) comes in an fiery opinionated piece in which Rees essentially proves that at least one trans person must worry about putting others at ease and presenting herself correctly. That person is Caitlyn Jenner, whose comments—while misguided at worst, not completely incorrect at best—still puts her at the center of critique. Part of her authentic experience is to have opinions that we may not agree with (I know that I firmly don’t plenty of the time). That’s because she’s a human being, not an imposed spokesperson for a community that is more vast and intricate than the one woman who posed on the cover of Vanity Fair.

Rees continues to take Jenner to task for her obsession with her appearance, particularly the comment about not wanting to look like “a man in a dress.” “Yes, it's an idealistic notion that this could/should go unnoticed,” Rees writes, “but a trans figurehead really shouldn't be signing on with, approving, even, the mainstream prejudices that apply otherwise.” Hmm, maybe. But also, Jenner understands what she’s saying and she’s not instructing anyone to live her life the way she chooses. (That’s what is most baffling about the celebrity-fueled outrage machine on the Internet. Just because a famous person states an opinion, it doesn’t mean the rest of us must suddenly comply.)

Jenner’s comments come from a place of privilege, sure, but again: it’s her opinion. It’s her perspective. One person in a community doesn’t represent a whole, and it’s ridiculous to place so much importance on the things Jenner says as if it’s now Trans Law. And Jenner knows this, too. In a blog post on E!, Jenner cops to her mistake—or at least understands how what she said in her Time interview could be misunderstood.

What I was trying to say is that our world really is still a binary one, and that people who look "visibly transgender" sometimes can struggle for acceptance and may be treated poorly by others. And while this may be true, it's also something that needs to change.

Some people look gender non-conforming because they want to look that way—they don't want to conform to society's expectations. Those people have every right to look and present exactly as they choose. And then there are other people who don't have the resources to access the medical procedures that would help them look the way they would like to look. Procedures, incidentally, that most health insurance plans refuse to cover. All of these people are my brothers and my sisters, and I am fighting alongside them, too.

Maybe I’m giving her too much credit. Maybe some smart, thoughtful publicist swooped in to help Caitlyn Jenner save face. But maybe—maybe—Jenner already knew all of this, and assumed the rest of the world wouldn’t jump on her for a couple of words. Either way, she’s proven to us that she—a trans woman who is constantly scrutinized by her allies and detractors—isn’t transphobic, that she thinks about the complicated nature of gender performance, that she’s just trying to live her own life authentically. Let’s hope we allow her to do that more freely next year. We can start by giving her the benefit of the doubt every now and again.

NEXT UP
Beauty
Kylie Jenner Is Bringing 1920 Finger Waves to the 2020s
Beauty
King Princess and Quinn Wilson Star In Ralph Lauren’s Valentine’s Day Campaign
Culture
Who Won At The 2023 Grammys
Astrology
February 2023’s Full Snow Moon in Leo Embraces The Real You
Style + Culture, delivered straight to your inbox.