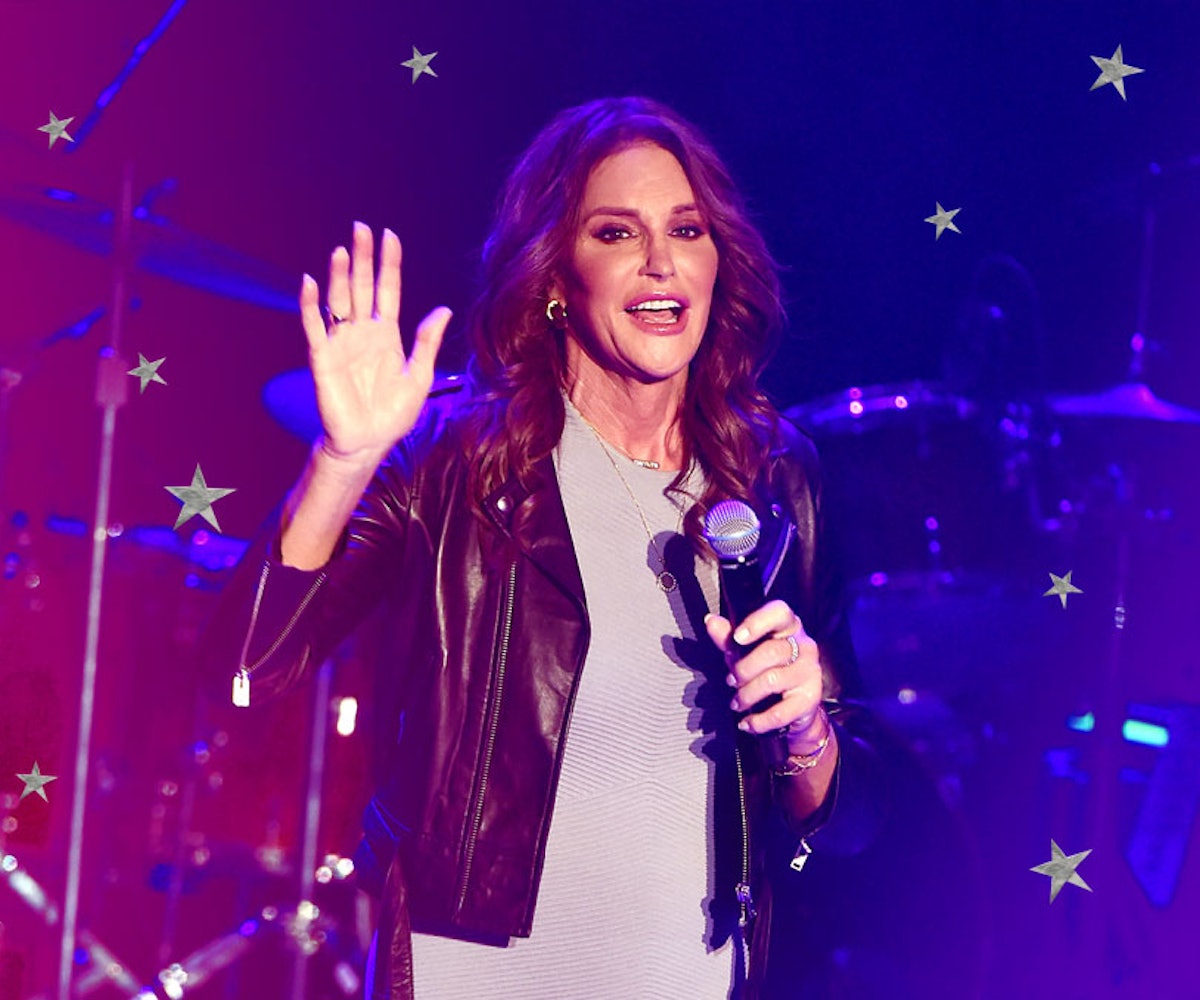 In the nine months since Caitlin Jenner came out to the world as a trans woman, she's been the center of attention, from professional think pieces to water cooler conversation. Jenner used her international platform to bring trans issues to the forefront of the cultural conversation around oppression, and is undoutedbly a controversial figure—many feel that her privilege prevents her from experiencing discrimination in the way that the vast majority of trans women do, while others applaud her bravery. Regardless, since coming out, she's been on everyone's mind. With Season 2 of her eponymous E! show on the way, her words from the TCA press conference highlighted how far she's come, what she's learned, what she still wants to do—and why, after all that, she's still a Republican. Check it out, below.

So much of the attention has been on some of your missteps in this whole journey so far. What do you think you've done right since you've come out?You know, I talked to all the girls after Season 1, and I asked them what have we accomplished in our first season. And I really felt like we opened up this conversation, that it's okay to talk about trans issues. Every day of my life since I came out, somebody comes up to me and says, "I have a trans cousin." "I have a relative." All of a sudden, it's okay to talk about this issue. That was, by far, probably the most important thing I think we did in Season 1. For me the experience has been yes, we opened up this conversation, but in opening it up, there are so many issues in this community that we really need to deal with and to talk about in the future, and that's what Season 2 is. We wanted to go out and meet the people.

You’ve made it clear that you're a Republican, and it's well documented that your party has worked against the rights of women and the LGBT community, which is your community. Why not just support the political party that supports women's rights, LGBT rights, and gay marriage? Well, I really don't want to heavily get into politics because, certainly, we have enough politics going on in the United States right now. I try to tell the girls, it's kind of good: If the Republicans haven't been very good on this issue, which I agree, they haven't been—certainly the Democrats have been better on this issue, [and] isn't it good that they have an ally, somebody on the team that can go in there and maybe change their minds? That's a good thing. That's kind of the way I look at it. We have our fingers crossed that we can win them over.

You've been living your life in the public eye for quite some time now, and obviously you know part of the hazard that comes with that is people passing judgments, people making jokes, and remarks, and comments. I'd like to hear you talk a little bit about developing a thick skin, if you have...or maybe some of that is still hurtful to you. How do you process that? And as a follow‑up, anything you have to say to Ricky Gervais today?  I think what I'm going to do is call the Golden Globes and see if they need a new host for next year, and we'll solve that problem. Yes, there's criticism out there. I am not a spokesman for this community. Everybody in the media kind of puts me in that because obviously I'm in the media a lot. But I am only a spokesman for me and my story. I have so much to learn in this community. I have so much to learn about trans issues. I have so much to learn about womanhood. There's a lot for me to learn. I'm only nine months out now.

When you began this show, did you struggle with what direction to take it?  Did you want it to be about a statement about your life, or was there also talk about, you know, "Can we just watch you enjoy being a woman?"No. It was a conscious decision that I wanted this show to be about the issues. Sure, we all love good clothes and all of that kind of stuff, but I really wanted the people to get to know all of my girls, everybody that's involved with the show. I love my kids. I have a great relationship with all of my children, but this is a different show. This is about a serious issue, and so I wanted to somewhat keep that distance, although Kris has been on the show. Kim has been on the show. I bring them over. And I actually shot a piece the other day with Kendall for Keeping Up.

What would you tell your younger self if you could give one piece of advice? And as someone with daughters and a fresh perspective, perhaps, is there advice that you would give every girl in the world?That's a tough one. I haven't been a girl long enough to really know. I've only been out for about nine months. Here's the deal. I think it's really an interesting question. Kate Bornstein, who is on the show, has been involved in this community for over 30 years. I first had my little Kendall sitting down there, and Kylie. And she looked at them, and she said to them, like I could ask all of the women in this room right now, "When did you know you were a girl?"  And they all looked like you just looked. "When did you know you were a girl?" And they kind of both sat down, and they said, "I don't know. Nobody has ever asked me that question." And so they sat there, and their minds, you could just tell they are thinking about this question, "When did I know I was a girl?"  After a minute or so, I thought to myself, do you know what? That was probably one of the most interesting questions anybody could ever ask. Why? Because that was the first time they thought about gender and about who they are as a person.

NEXT UP
Life
A Studio Ghibli-Inspired Cookbook Is Coming To A Kitchen Near You
Life
Paul Mescal Is A Single Dad In Emotional Aftersun Trailer
Entertainment
Who Will Rihanna Bring To The Super Bowl?
Life
October 2022's Must-Read Book Releases