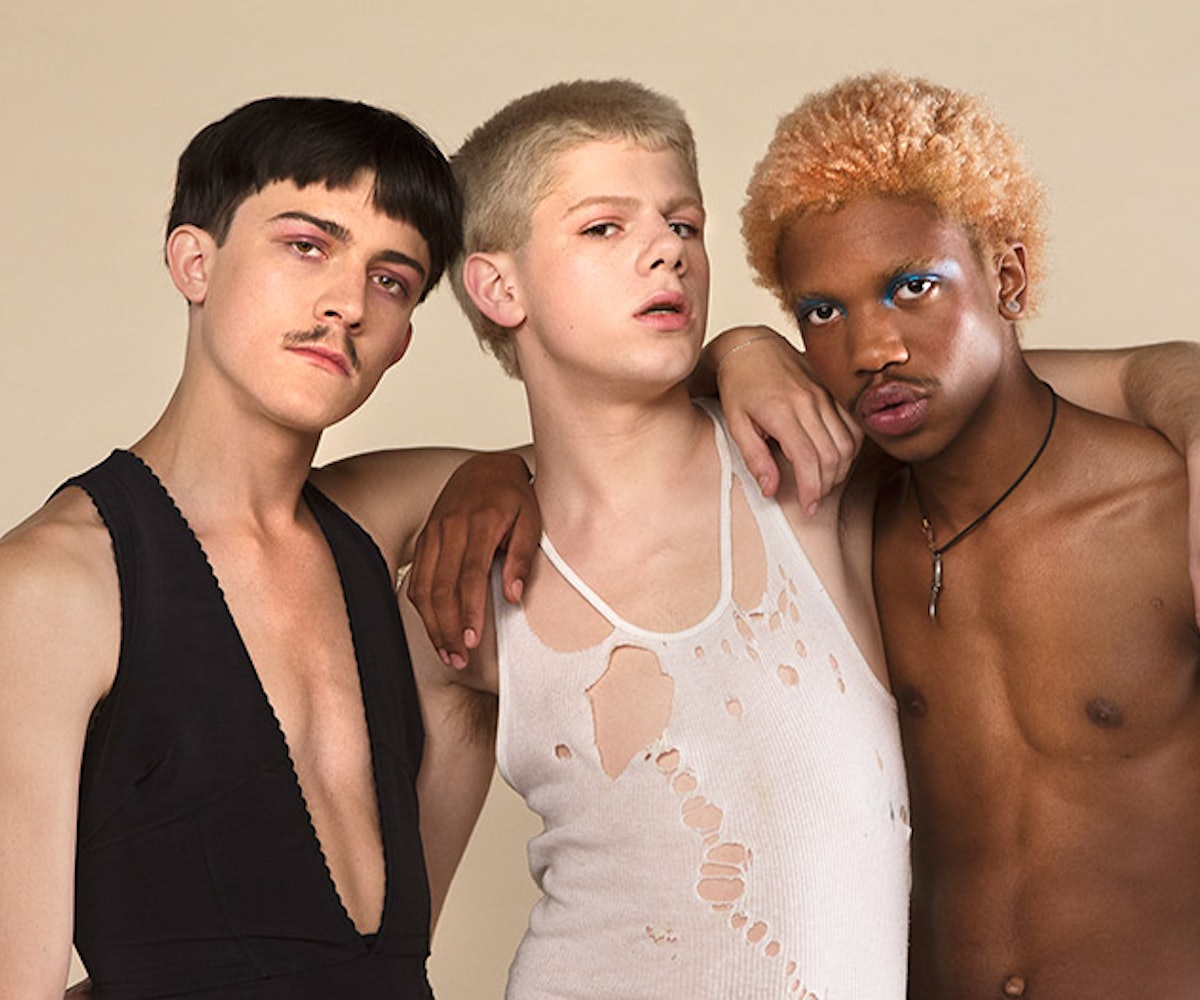 CoverGirl naming James Charles as its first male ambassador is one of the few good things to come out of 2016. It marks a very public shift in beauty standards and, more importantly, femme visibility. Male grooming is de rigueur at this point, but male beauty—i.e. makeup—is still very much taboo. This is due in part to our society's inherent misogyny and the fragile masculinity that feels threatened by a shattering male/female binary. Our appreciation and pedestal elevation of the Adonis, too, contributes. Thankfully, publications like Brooklyn, New York-based Cakeboy are challenging the status quo and proudly relishing in the extraordinary lightness of their loafers.

Cakeboy recently relaunched its digital site, debuting a makeup tutorial that captures the very essence of the magazine's raison d'être. On a very basic level, it shows three everyday makeup looks: daytime, evening, and night. The catch—and this really shouldn't be a catch, because it's 2016 but, like, it's also 2016 and we have a way to go—is that they're done on men. The brilliant thing about what Cakeboy, visual and makeup artist Marcelo Gutierrez, and the non-profit, collaborative platform You Do You have made is that it's not contrived. "It's not about a gimmick, like, 'Look At These Men In Makeup!'" Sean Santiago, Cakeboy's founder, tells us. "It just is. We take 'male beauty' as a fact, not a fad."

"There's so much talk of normalization going around right now," Santiago adds, "obviously in the context of how dangerous it is—and it is!—so one of our top priorities at Cakeboy is to disrupt homonormativity, disrupt butch supremacy, and just sort of end men. Or what men have been, or like to think of themselves as."

We all have features we want to celebrate and enhance. No thanks to marketing, makeup has been gendered as a female thing when really, it's not. Like the newly launched men's heels brand SYRO, Cakeboy's makeup tutorial upsets the status quo without pandering the idea and strives to, as Santiago tells us, eradicate the "male" in male beauty and present it as simply beauty. "At the end of the day, to Marcelo's point, this is about accessing parts of yourself that you maybe haven't before," Santiago says. "It's about being introspective and challenging notions of what's acceptable and desirable. And having fun, obviously!" Indeed.