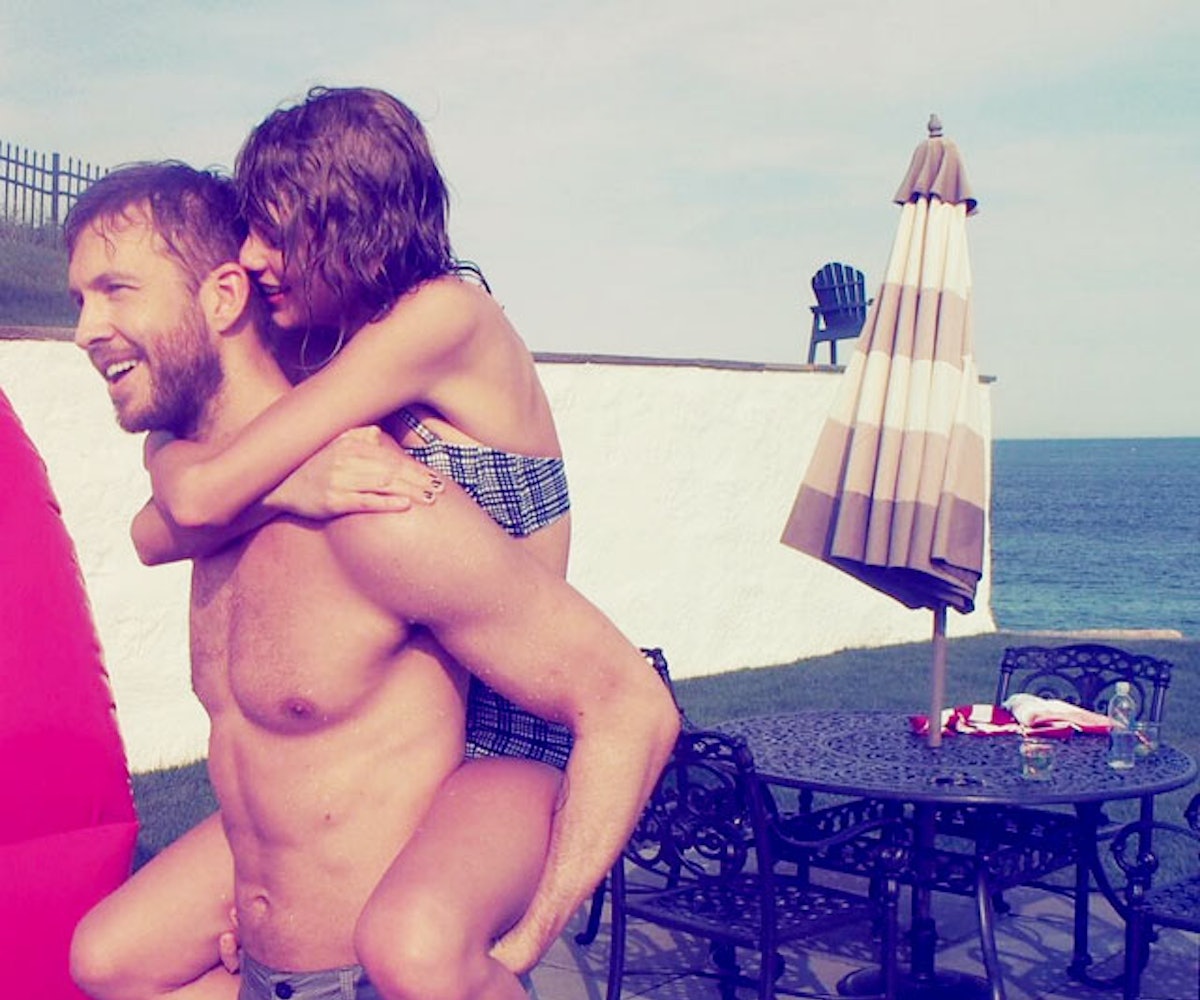 Despite its large influence and reach, the entertainment industry is actually a small, tiny bubble. And when you're a part of said bubble, there's a very high chance that will somehow, some way, at some time, meet your crush. That's why we're not totally surprised that three years ago, Calvin Harris confessed in an interview that he wanted to see Taylor Swift perform. Whether he was crushing on her then, we can't say for sure, but he certainly had an admiration for her work.

Three years and some matching outfits later, Taylor and Calvin have swiftly (get it?) become one of music's biggest power couples. And it's utterly adorable.