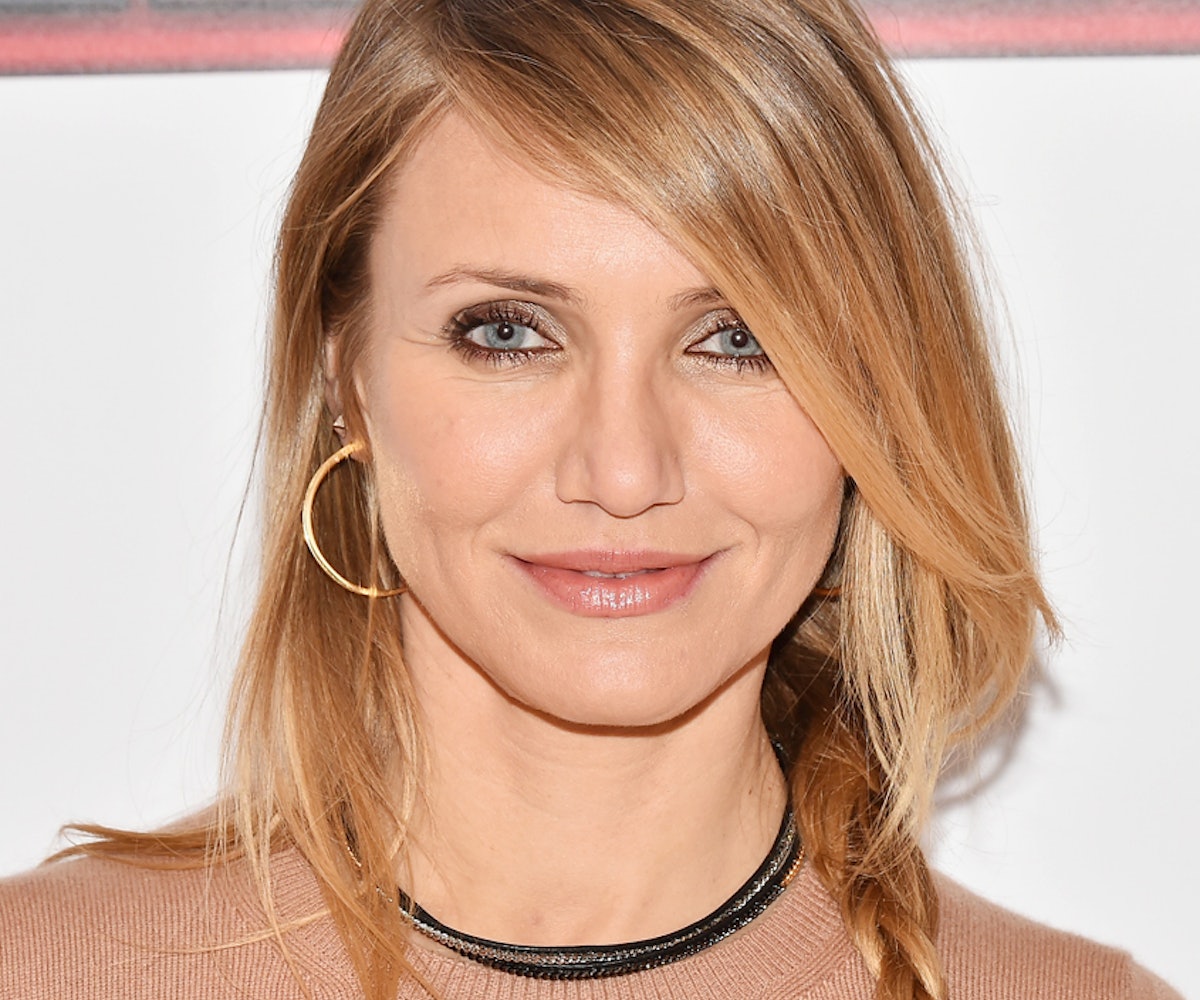 Last night, Cameron Diaz (one of our favorite imaginary BFFs) got married to Benji Madden. Sadly, we were not invited. But it's going to be okay: The internet is so full of juicy details that we can pretend like we were there anyway, rubbing elbows with Drew and Nicole and secretly laughing about Good Charlotte.

Here's what we know so far.

-According to Gawker, Cameron and Benji invited their celeb friends to what was supposed to be a Golden Globes pre-party and then surprised them by actually having a wedding, instead. Is this an unfair thing to do to guests? Discuss.

-The nuptials took place at Cameron's Beverly Hills home. There was a large tent and lots of flowers. Because a surprise wedding is still a wedding.

-Guests included Reese Witherspoon, Gwyneth Paltrow, Drew Barrymore, and Nicole Richie. Unfortunately, they did not announce that they'd be forming a girl band.

-The bridesmaids wore black (duh), carried white bouquets, and walked down the aisle to a Ryan Adams song. Ryan Adams himself later gave a surprise performance, followed by Lionel Richie.

-Cam reportedly wore two different dresses over the course of the evening, but we might never get to see them thanks to a contraption she hid under that appears to be made of sheets and poles. We can only hope that to complement her bridesmaids, she wore white and carried an all-black bouquet.

-More than one publication has a list of everyone else Cameron and Benji have dated at the end of their stories about the wedding. If someone listed all of my exes in a story about my wedding, I think I would feel really weird.