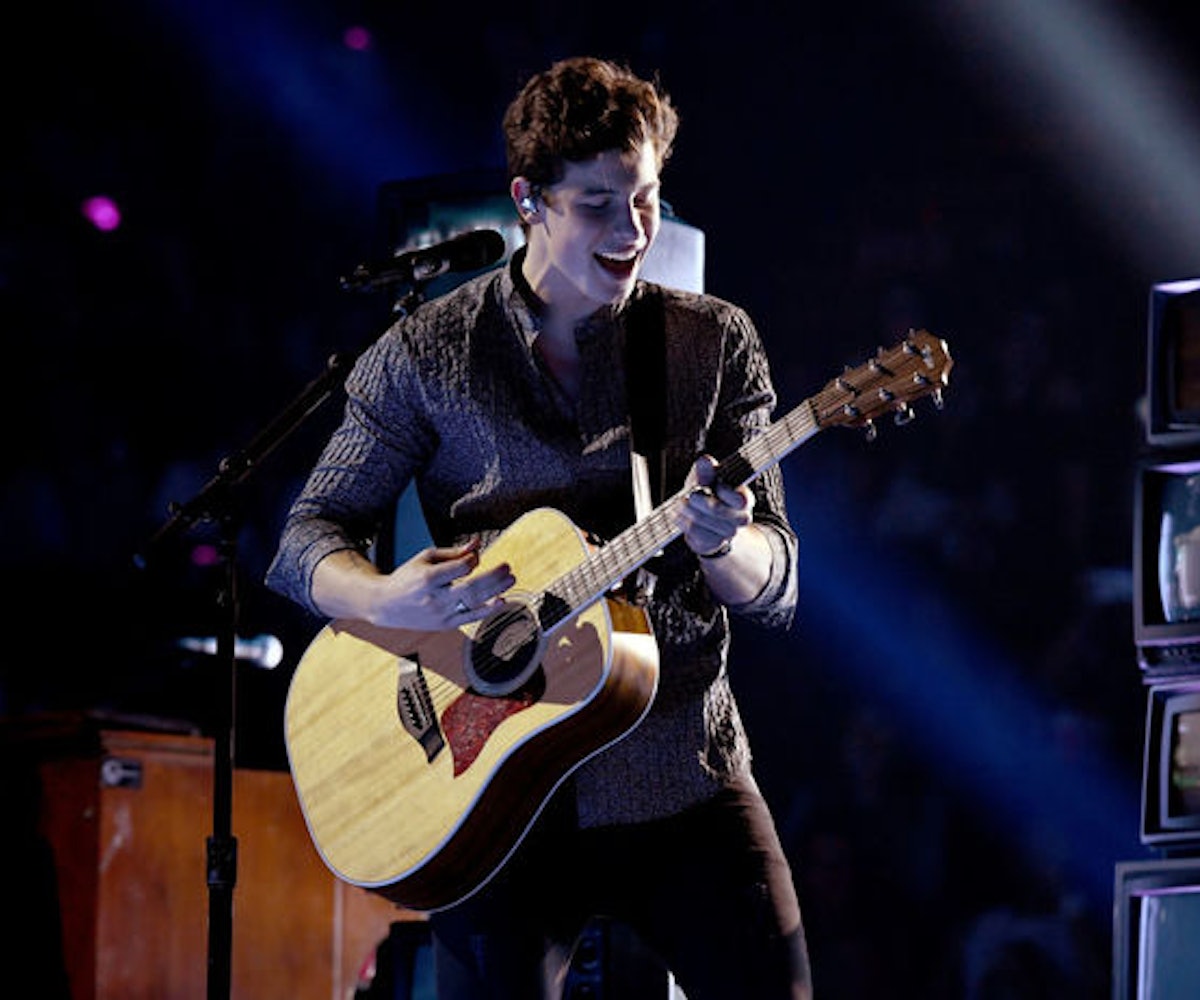 Because there aren’t enough reboots in the world, MTV has resurrected MTV Unplugged, the series that once gave us iconic performances by Nirvana, Jay Z, and a young Mariah Carey (which silenced an army of naysayers, thank you kindly). But to kick-start its new incarnation, the network recruited Shawn Mendes, which actually makes as much sense as the choice to bring back Unplugged altogether.

We currently exist in a culture saturated by nostalgia. We’ve resurrected trends from the ‘90s, begun basking in names and logos that defined our youth, and breathed new life into the likes of Lisa Frank. This can be an effective coping mechanism; as the world feels increasingly hostile at the hands of a particular president, returning to what brought us joy as kids and teens can distract us from political and social realities. And, provided we don’t totally lose sight of the present while remembering what used to be, nostalgia can serve as a necessary reprieve for a couple of minutes.

So when a franchise like MTV Unplugged returns, it catapults us back to an era in which even the music industry seemed simpler. Before the advent of MP3s and streaming, the industry model looked a very particular way: album sales determined an artist’s relevance and worth, and platforms like Unplugged served as proof that you should make a point of seeing your favorite acts live. Without social media, YouTube, and the consistent availability of celebrity, musicians could still wield an arm of mystery, which made Unplugged performances by bands like Nirvana even more compelling. The media had painted them in a particular way, so to see someone like Kurt Cobain deliver quiet, emotional versions of his bigger hits added even more dimension to an already complex artist. Ultimately, Unplugged was easy both in premise and in execution; it was a fast way of accessing the rawest incarnation of musicians who’d had myths build around them by giving us a glimpse of them as-is, and not as the industry and media painted them. Plus, all they had to do was perform live.

Of course, years after the industry began imploding, we’ve begun to recognize the flaws that defined it far before the internet forced a change. We also know that it was never simple: Tours were expensive and could bleed artists dry, advances nearly bankrupted labels, and musicians were manipulated and shaped to make them seem more commercially viable. And while the music business is still treacherous to navigate on its best days, there’s a certain transparency afforded by Twitter, Instagram, and an artist’s ability to use their own online platforms to set and maintain their own agendas. MTV Unplugged can be an extension of artistic control.

Outside the umbrella of nostalgia-based escapism, the reboot acts as a means of giving artists a chance to further dictate their own terms. Yes, it brings back memories of the performances that gave the series capital back in the day, but it’s also another extension of accessibility. And right now, the more accessible an artist seems, the wider their reach. Mendes has built an empire on his reach. Thanks to Vine, Twitter, Snapchat, and Instagram, he quickly established himself as an artist who prioritized making a connection with his fan base as much as he did writing catchy, emotional pop. And because of that, at only 19, he and his guitar have carved out a space in an industry that’s very much at capacity.

Plus, at such a young age, kicking off MTV Unplugged is Mendes’ means of pulling a Mariah and silencing critics who’ve dismissed him for reasons outside of his music. Where he’ll already draw in his fans, the series re-issue will bring in audiences thirsting for escape through nostalgia. Grown-ass adults may not be familiar with Mendes’ discography, but they still want to see how the show has adapted for 2017. And that means neither party loses.

What will be interesting to see is how Unplugged maintains its place in a climate populated by festival live streams, acoustic sets, and even Radio 1’s Live Lounge. Where it was once a novelty to see our favorite artists take the stage while embracing their minimalist approach to performance, it’s become standard operating procedure to watch an act do that whenever we want. Nostalgia is powerful, but to sustain its reincarnation, the performances on Unplugged need to be even more so.