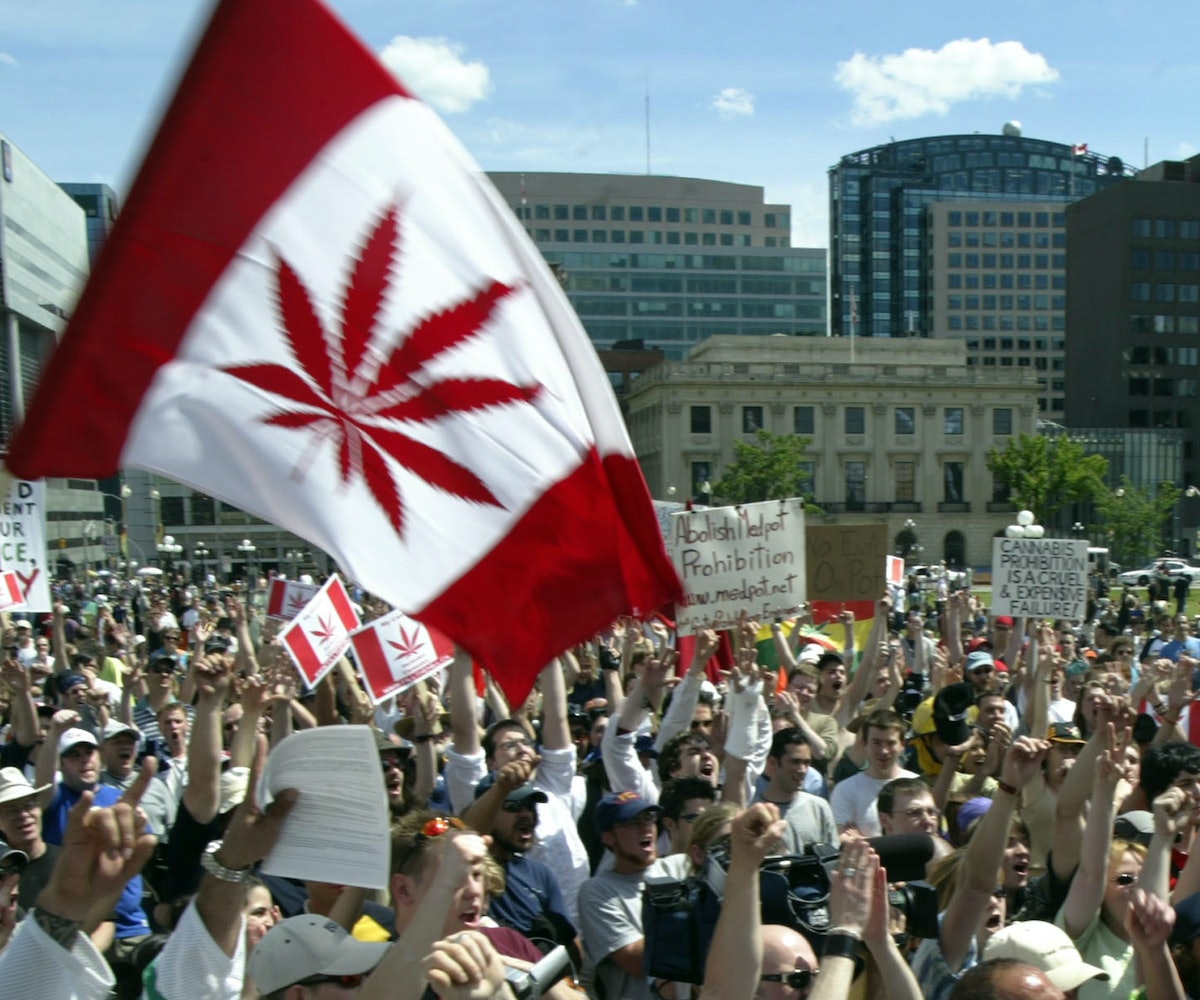 Canadians were so overjoyed by the legalization of recreational marijuana that they have nearly smoked through the country's entire stash.

ABC News reports that after citizens lined up to shop at the 100-plus recreational marijuana retailers on legislation day, supply is running critically low in many provinces. Retailers in Alberta are concerned the Alberta Gaming, Liquor and Cannabis Commission (AGLC)—which handles the distribution of recreational marijuana to retailers—is not prepared to handle customers' high-demand long-term.

Toronto residents held a massive wake-n-bake on the day of legalization, but they may want to consider rationing their goods until the government has figured out how it will keep retailers fully stocked. No specifics were given regarding the status of stock in all of the provinces, other than that it's dwindling. "It's day four of legalization… and nobody has all the answers right now," AGLC spokeswoman Heather Holmen told Canadian Broadcaster CBC.

When news of the legalization was first made public, it was reported that the new industry was predicted to be worth $4 billion. Hopefully, the government will be able to up its supply game sooner than later, so the Canadian economy can reap the benefits, and citizens can get back to lighting up without worry of running out.