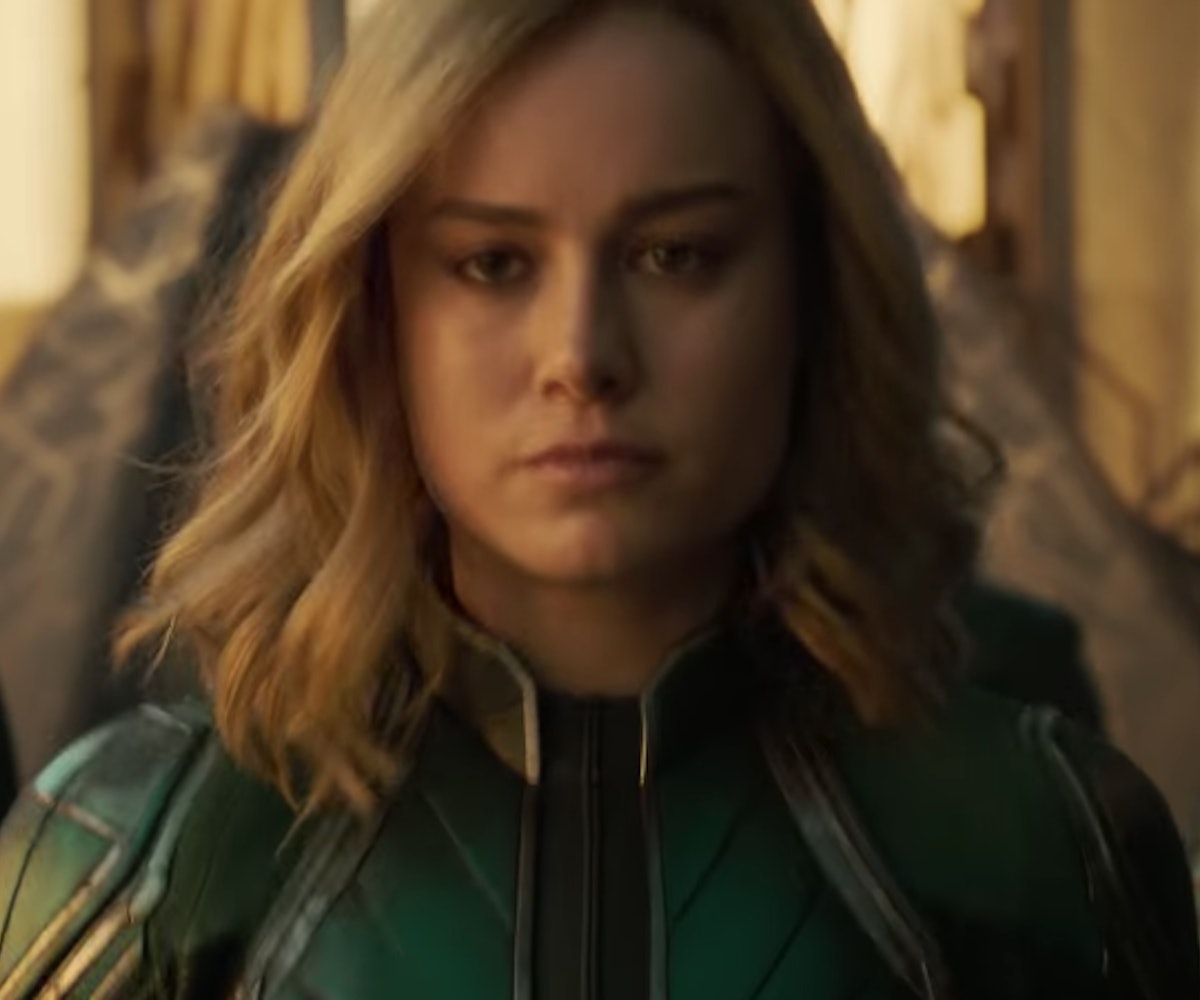 Today, in proof that we don't deserve nice things, trolls are altering promotional images from Captain Marvel to make Brie Larson, wait for it, smile.

On the heels of Good Morning America's debut of the first trailer yesterday, it didn't take long for the internet to begin editing Larson's face to fit more conventional ideals of femininity. Which is especially insulting given that Larson—who stars in the film as Carol Danvers aka Captain Marvel—is the face of the first Marvel Studios film with a female lead. Following the story of Captain Marvel grappling with her human-alien heritage, it's a film that's been four years in the making. So to have this highly anticipated, historic moment tarnished by such an overtly sexist, unnecessary gesture is infuriating.

"This is fucking wild, no one did this to Thor or Captain America," film critic Valerie Complex tweeted alongside a post that declared they had "fixed" a series of promotional images for Captain Marvel.

"Y’all don’t want women to have any agency," she continued. Complex noted that many of the responses to the photos were also disappointing, with commenters saying, "This looks better."

The only thing we can say about all of this is "gross." Feel free to watch the original, unedited trailer, below.