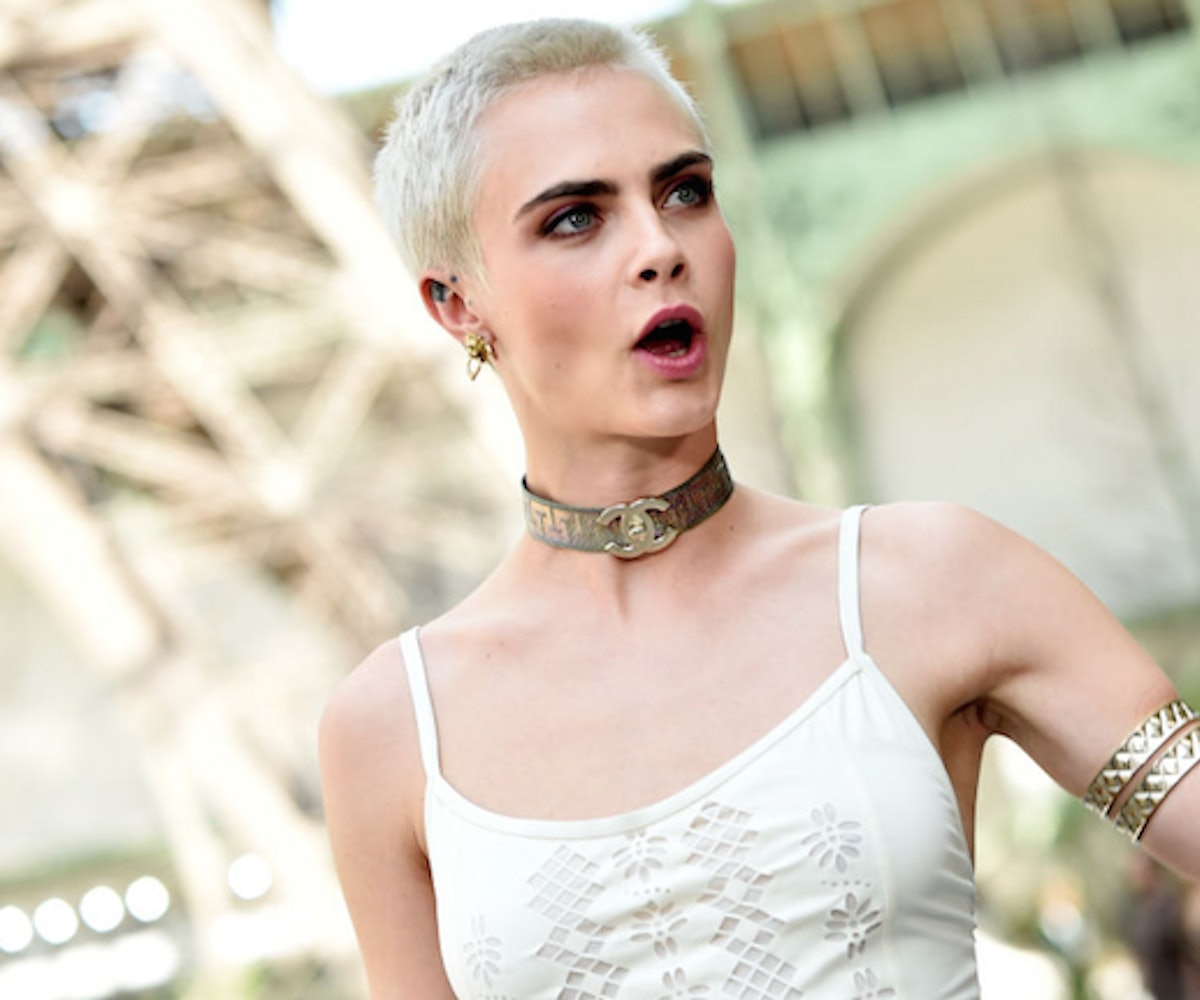 As more and more women share details of their horrific encounters with Harvey Weinstein following last week’s New York Times bombshell, Cara Delevingne has come out with her own story involving the disgraced producer that is depressing in its familiarity. Delevingne, who is fairly new to the movie industry, recalls a phone call she received from Weinstein inquiring whether or not she had slept with any of the women she had been publicly linked to. “It was a very odd and uncomfortable call,”

on an Instagram post. “I answered none of his questions and hurried off the phone but before I hung up, he said to me that if I was gay or decided to be with a woman especially in public that I’d never get the role of a straight woman or make it as an actress in Hollywood."

Next, Delevingne reveals details that have been repeated by other women who have come forward, including Weinstein bragging about his sexual conquests with actresses. “A year or two later, I went to a meeting with him in the lobby of a hotel with a director about an upcoming film,” she said. “The director left the meeting and Harvey asked me to stay and chat with him. As soon as we were alone he began to brag about all the actresses he had slept with and how he had made their careers and spoke about other inappropriate things of a sexual nature."

From there, Weinstein invited Delevingne back to his hotel room, as he does with so many, and the details of her story only get more horrific. “When I arrived I was relieved to find another woman in his room and thought immediately I was safe,” she wrote.

He asked us to kiss and she began some sort of advances upon his direction. I swiftly got up and asked him if he knew that I could sing. And I began to sing....i thought it would make the situation better....more professional....like an audition....i was so nervous. After singing I said again that I had to leave. He walked me to the door and stood in front of it and tried to kiss me on the lips. I stopped him and managed to get out of the room.

Delevingne went on to write that she got the part in the movie she auditioned for, which we assume is the Weinstein-produced Tulip Fever, but could not enjoy that accomplishment because of the situation that she believes led to it. “I felt like I didn't deserve the part,” she wrote.

of encouragement and support, and expressed hope that ultimately, good will come of this:

I am relieved to be able to share this....i actually feel better and I'm proud of the women who are brave enough to speak....this isn't easy but there are strength in our numbers. As I said, this is only the beginning. In every industry and especially in Hollywood, men abuse their power using fear and get away with it. This must stop. The more we talk about it, the less power we give them.

Still, it feels like we’re only at the beginning.