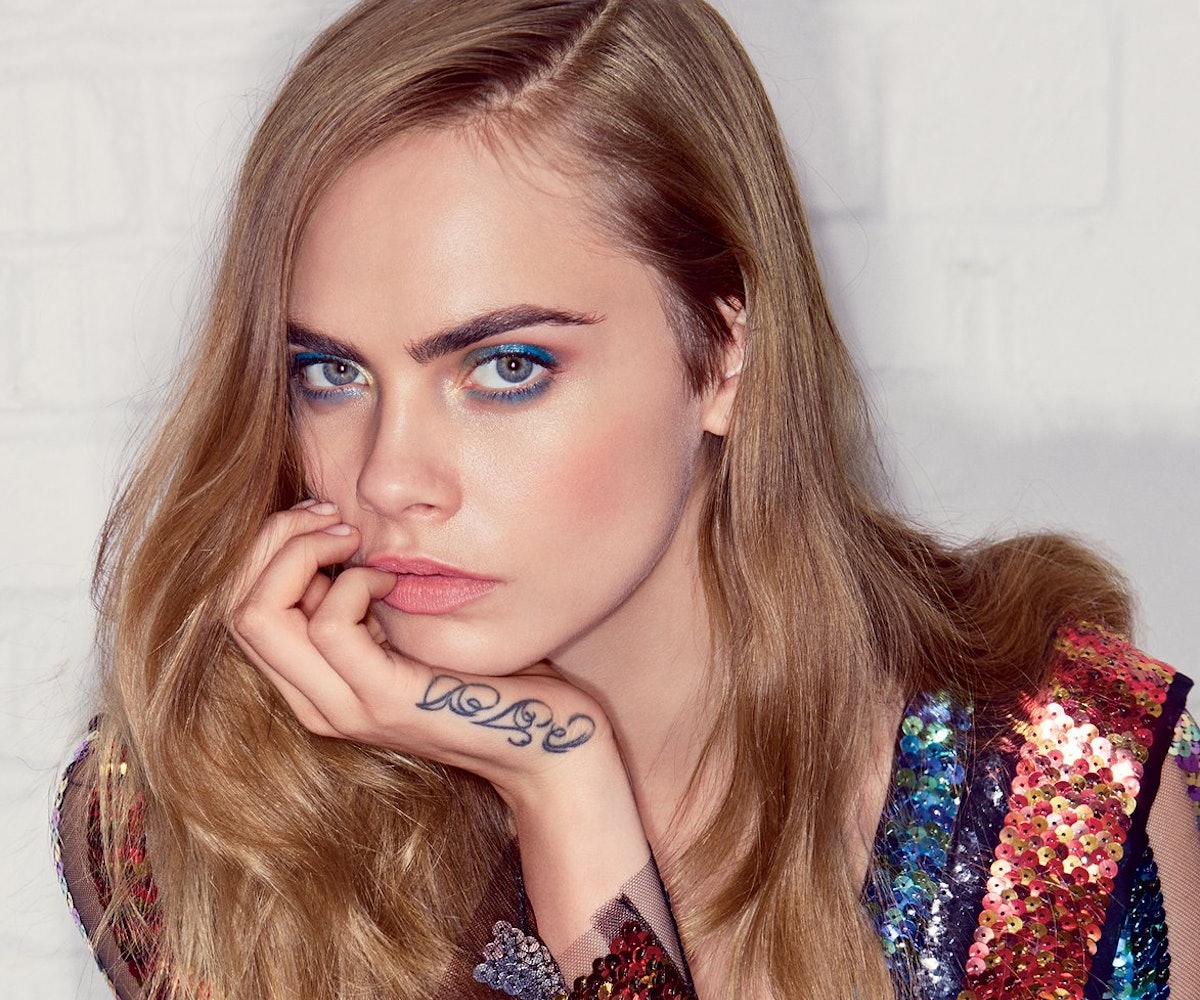 Everybody knows that Cara Delevingne is the life of the party. She's got a certain je ne sais quoi that the world just wants to grab onto because it's simply contagious. But inside the pages of Vogue's revealing July cover story, Cara opens up about how she hasn't always been the free-spirited, happy model that we see in the pictures, and that her adolescence wasn't all rainbows and butterflies.

She talks growing up in the upper class and not exactly enjoying it, but she also reveals that dealing with her mother, Pandora's heroin addiction was really damaging as a kid. “It shapes the childhood of every kid whose parent has an addiction. You grow up too quickly because you’re parenting your parents. My mother’s an amazingly strong person with a huge heart, and I adore her. But it’s not something you get better from, I don’t think. I know there are people who have stopped and are fine now, but not in my circumstance. She’s still struggling.” Pandora is writing a memoir currently about her addiction and living during the '80s in London. That should be interesting.

Cara further reveals that she dealt with serious anxiety and depression during her teenage years. “This is something I haven’t been open about, but it’s a huge part of who I am. All of a sudden I was hit with a massive wave of depression and anxiety and self-hatred, where the feelings were so painful that I would slam my head against a tree to try to knock myself out. I never cut, but I’d scratch myself to the point of bleeding. I just wanted to dematerialize and have someone sweep me away.” The 22-year-old explains how her emotional turmoil made her feel really guilty as someone who was so privileged. "The worst thing was that I knew I was a lucky girl, and the fact that you would rather be dead...you just feel so guilty for those feelings, and it’s this vicious circle. Like, how dare I feel that way? So you just attack yourself some more.” She says she's in a great place at the moment but she still struggles with depression. She even considered attempting suicide in a New York apartment right before she was supposed to go on vacation.

We're glad that Cara is in a happier place now and that she had the courage to share her struggles because we know that there are so many out there dealing with similar issues every day.

"All of a sudden I was hit with a massive wave of depression and anxiety and self-hatred," Delevingne tells Vogue.

"I just wanted to dematerialize and have someone sweep me away,” says Delevingne.