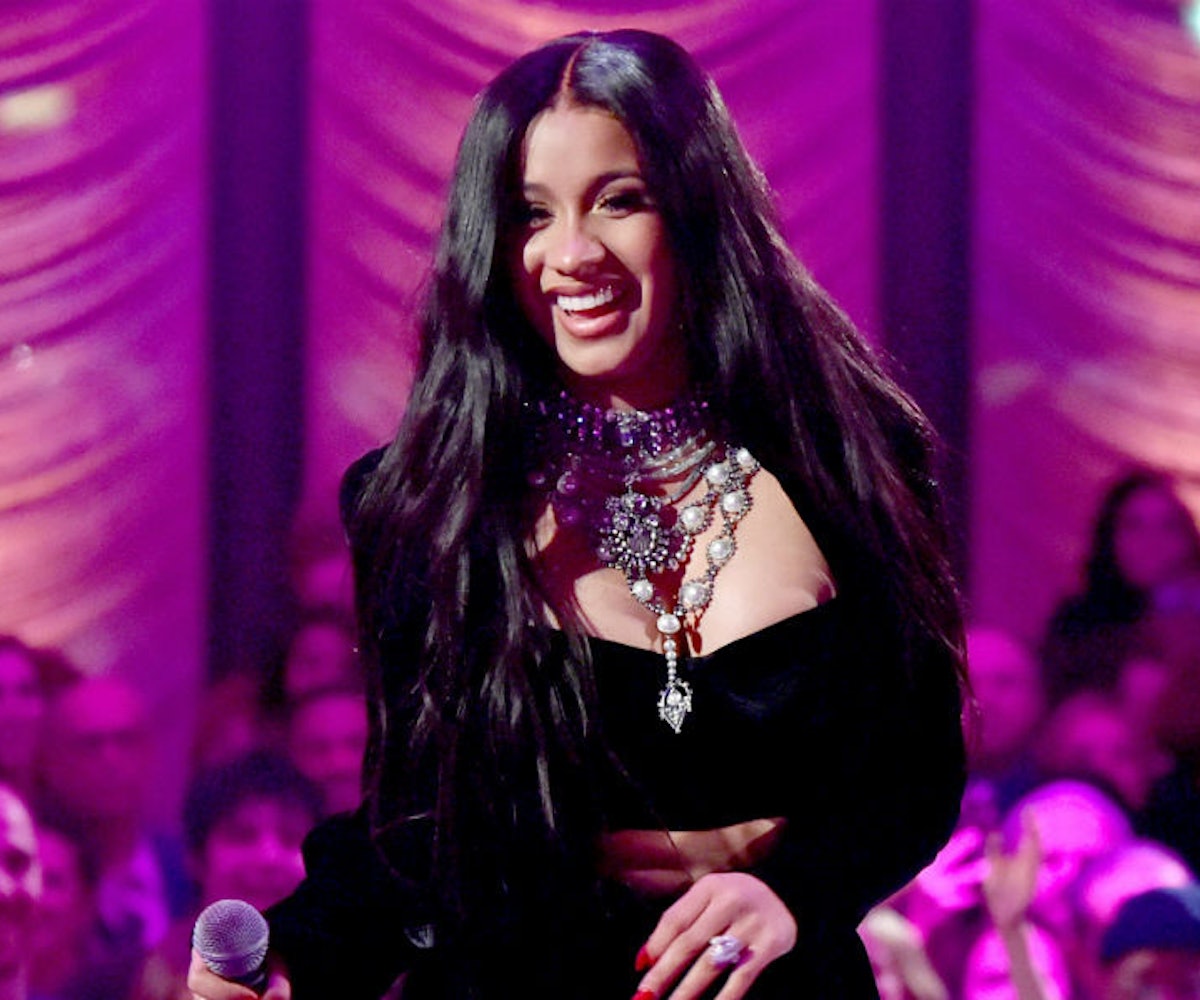 Cardi B is not pregnant. After some nosey fans started inquiring online, the rapper set things straight in the most Cardi fashion.

“Is there maybe a Kylie Jenner secret that we need to know about lol just asking,” one user wrote on the rapper’s Instagram video. To which Cardi responded, “No bitch I’m just getting fat.” Then followed up with this zinger: “Let me fat in peace.” Which is funny because it’s the same thing I said after reaching for another helping of nachos during last night’s Super Bowl. If being well-fed is wrong, I don’t ever want to be right.

Being in the public eye to the extent Cardi currently is, she’s bound to come across her fair share of trolls. Just a couple of days ago, fans shamed her for having noticeable stomach hair in a recent picture because everyone’s horrible. Now, Cardi B has expressed wanting to become a mother… eventually. She told Rolling Stone: "I need to make money for my family and my future family... I’m not a YOLO person. I think 25 years from now. I think about my future kids, future husband, future house." But, reminder, just because a woman appears larger than usual, doesn’t mean she’s with child. Regardless, women’s bodies should be celebrated, not scrutinized.

If Kylie can manage to have her pregnancy in peace, Cardi should be able to fat in peace. Given the fact that she (along with most of the other artists) was snubbed at the Grammy Awards this year, the least we can do is let her live.