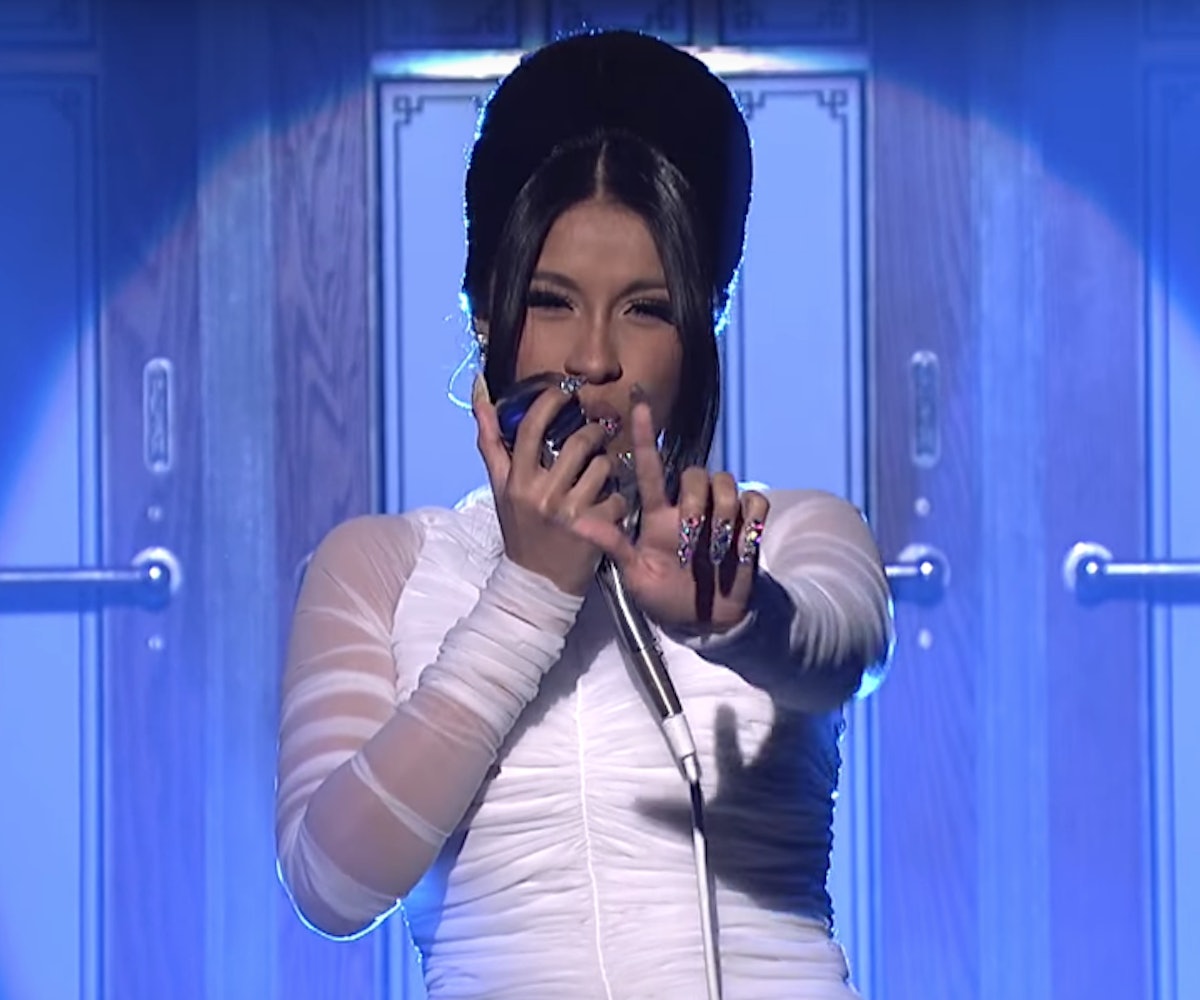 Cardi B confirmed this weekend on SNL  that her and Offset are, indeed, having a baby, after denying the rumors (by blessing us with the line, “Let me fat in peace”) for months. Following the announcement, the rapper revealed why she was hesitant to tell anyone.

In a since-deleted Instagram story message, Cardi wrote: “This is why I did not wanted to say nothing. People be so thirsty to scrutinize and try to destroy something that itsuppose [sic] to be a blessing.” She didn’t go into detail regarding the negative comments and, instead, chose to focus on the love she received from artists like Rihanna and 50 Cent following the announcement.

Cardi has talked about how hard it’s been being in the public eye before. She told CR Fashion Book in January:

Having every aspect of your life nitpicked isn’t fun. With a baby on the way and her other baby, Invasion of Privacy, out in the world, Cardi has a lot to celebrate. Hopefully, everyone can let up a bit and allow her to be pregnant in peace.

Either way, as she declares, she'll be fine.