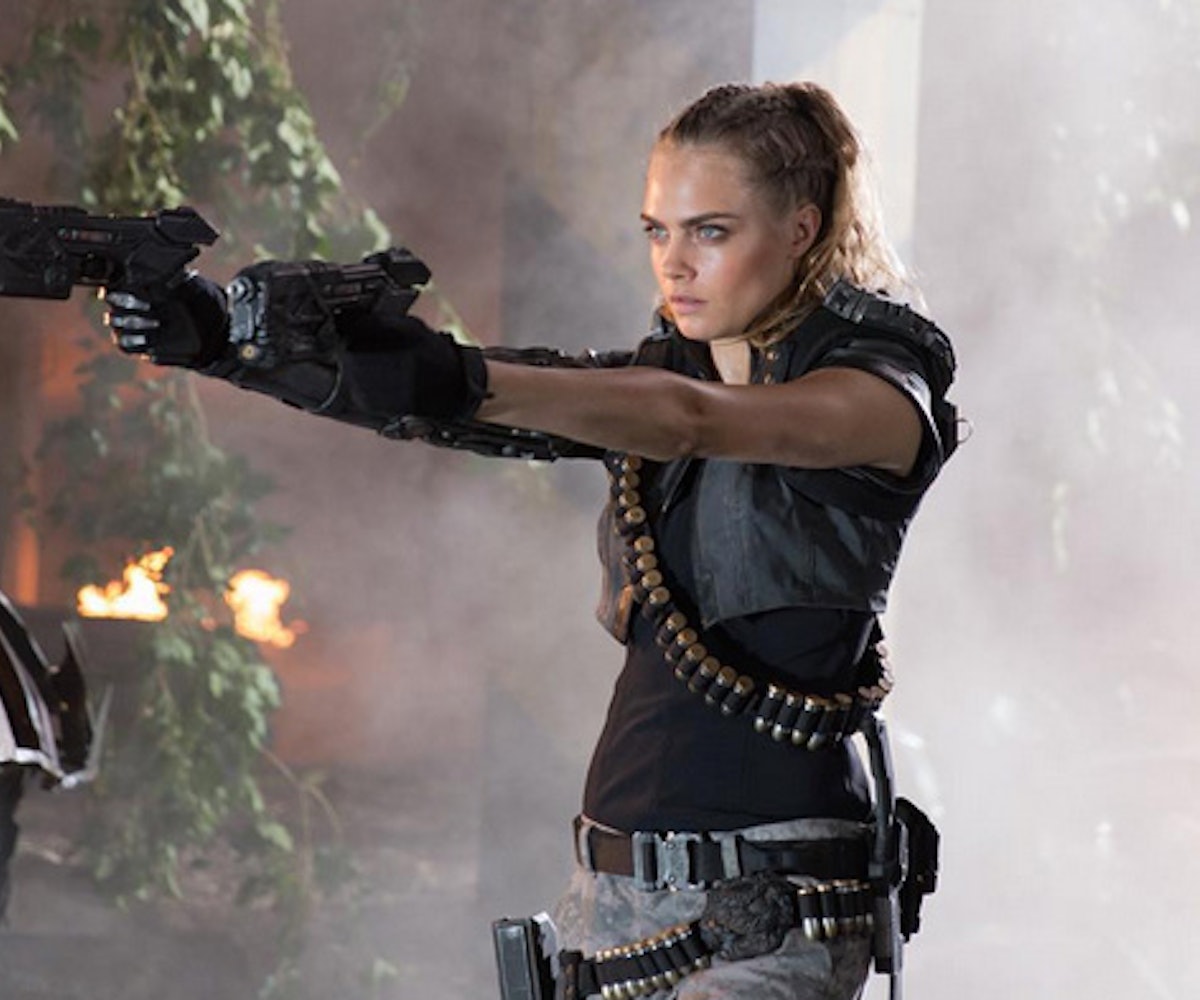 There are loads of reasons why Cara Delevingne is one of the most badass model/actresses in the business right now: she has a starring role in Suicide Squad, she wears fake lip rings, she's dating St. Vincent, and she's not afraid to lash out at the paparazzi. (Remember how classy she handled that excruciatingly awkward interview?)

Add the fact that Delevingne is a huge fan of Call of Duty and consider us 100 percent sold. Of course, she didn't stop there though. Delevingne just had to one-up us by starring in the live action trailer for Call of Duty: Black Ops III with Michael B. Jordan and Marshawn Lynch. As you can see in the commercial, this isn't your typical celebrity endorsement for a video game.

Not only is Delevingne's direct involvement with this campaign super-rad, but it's also a major win in the fight for the visibility of women in the gaming community. Watch Delevingne kick some major ass in the video below.