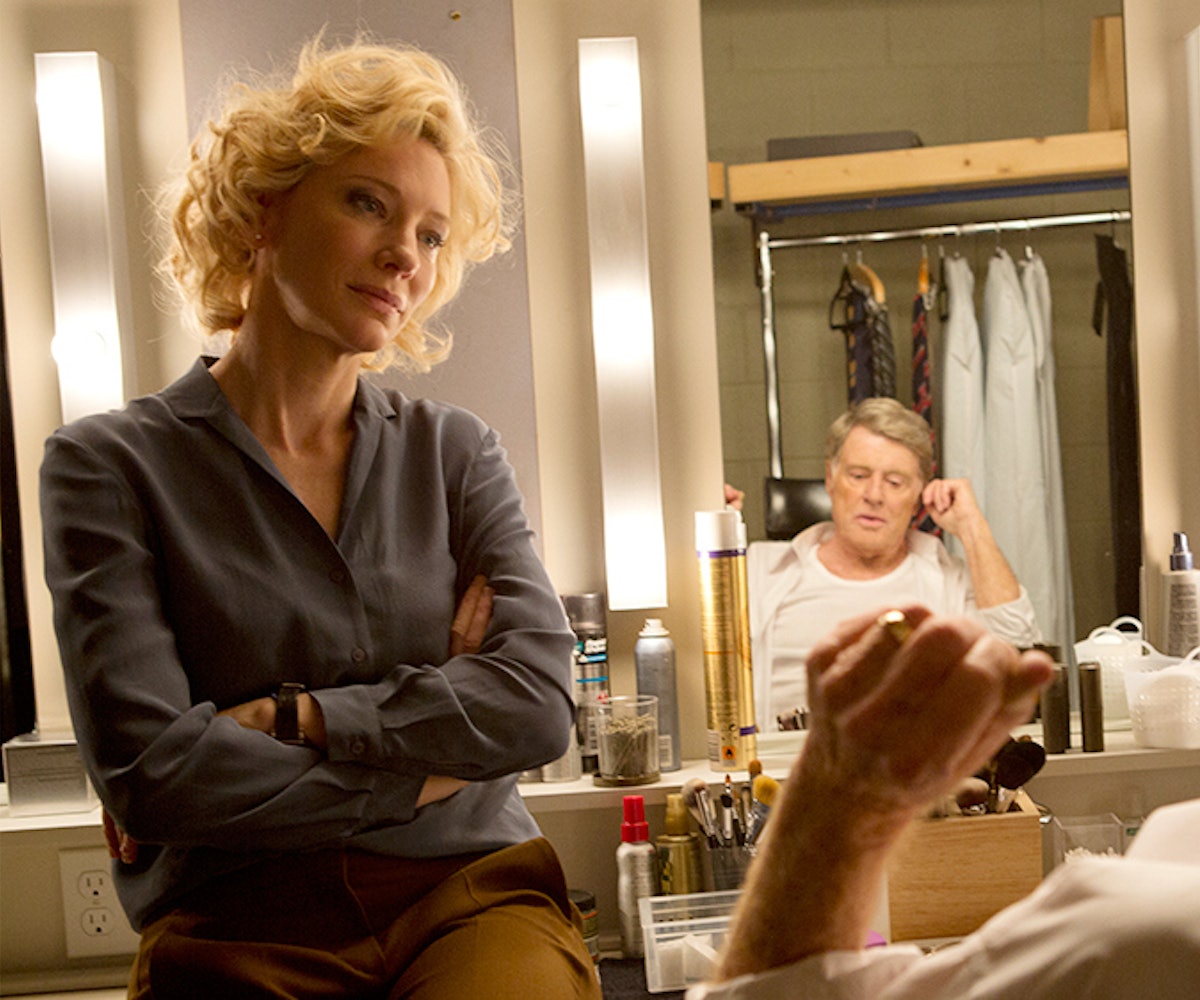 Awards season is officially underway, and with upcoming films from Steven Spielberg (Bridge of Spies), David O. Russell (Joy), Quentin Tarantino (The Hateful Eight), and Alejandro González Iñárritu (The Revenant), this year's race for some year-end hardware is particularly stacked. Lost in the fray is Truth, the high-minded journalism drama about the blowback that went down in 2004, when a team of 60 Minutes journalists were accused of botching a story about President Geroge W. Bush's shady military record during the Vietnam War.

The film premiered to glowing reviews in Toronto earlier this month, with the performances of Cate Blanchett as CBS producer Mary Mapes and Robert Redford as disgraced news anchor Dan Rather earning most of the praise. With the release of the gripping first trailer, we finally get a chance to see what all the fuss is about. Truth hits theaters October 16.