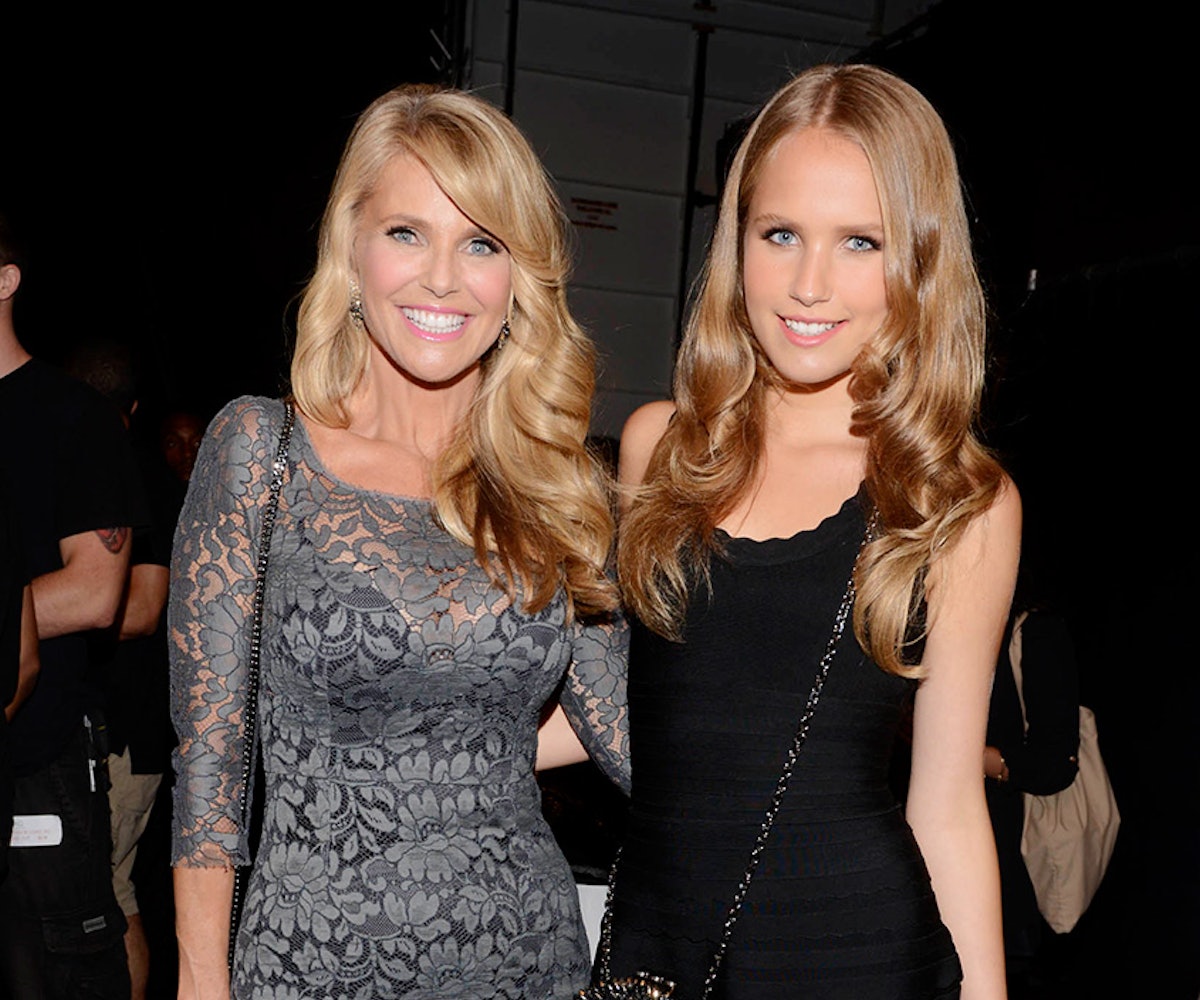 Lisa Bonet and Zoë Kravitz, Ireland Baldwin and Kim Basinger, Dakota Johnson and Melanie Griffith, and Jada Pinkett and Willow Smith—there's an entire group of newly famous young women who have celebrity moms. But there are other amazing mothers in Hollywood who are raising beautiful (and often eerily similar-looking) girls who are about to run things. From striking redheads (hello, Julianne Moore!) to seriously fashionable pairs (Suri and Katie are a style powerhouse), here's an ode to the under-the-radar daughters who are growing up to be just like their inspiring, incredible moms.

Gwyneth Paltrow + Apple MartinBoth organic and Goop-approved, Gwyneth and Apple are the celeb mom-daughter dream team that forgo Met Galas to host their own

. The Apple doesn't fall far from the tree.

She may not have expressed an interest in acting yet, but Ava seems to be taking after her mother in more ways than one.

Christie Brinkley + Sailor Brinkley-CookSailor may not see the resemblance between her and her mother, but she certainly is following in her footsteps. Since starting her modeling career, Christie has dished out a lot of advice to her 17-year-old daughter, like avoiding online commentary ("Those comment threads are an invitation for the bitter and disenfranchised to hide behind a fake name and try to tear you down") and remembering that the "dark part of modeling that comes along with the shiny, light, bright, happy part," as they discussed for Hamptons magazine.

Courteney Cox + Coco ArquetteWith Jennifer Aniston as her godmother and the rest of the Friends crew behind her, 10-year-old Coco Arquette probably will never be stuck in second gear, but we love her all the same.

You know when people justify buying expensive things by saying, "I'll give it to my future daughter"? Well, we're very envious, Lily Mo. The world—and one of its greatest closets—is at your disposal.

Julianne Moore + Liv FreundlichJulianne and Liv are proof that a time machine does, indeed, exist. And if you use said time machine to go back and meet your former self, the space-time balance will not be thrown off—in fact, it will only vastly improve your quality of life.

Katie Holmes + Suri CruiseIf Katie and Suri have taught us one thing, it's that no matter how much s**t you're dealing with, always make time for dress up.

Angelina Jolie + ZaharaJust look at them: Angelina and Zahara are joy personified. They are everything that is right with the world.

Madonna + Lourdes Undoubtedly one of the coolest mother-daughter pairings to grace this material world, these two could not give a f**k about what anyone else thinks—they're doing them, 24/7.

Ali Hewson + Eve HewsonDespite the fact that her father is Bono and her mother (Ali) is an Irish activist, and that she prank called Justin Timberlake when she was 11 years old, the 23-year-old actress is surprisingly down to earth.