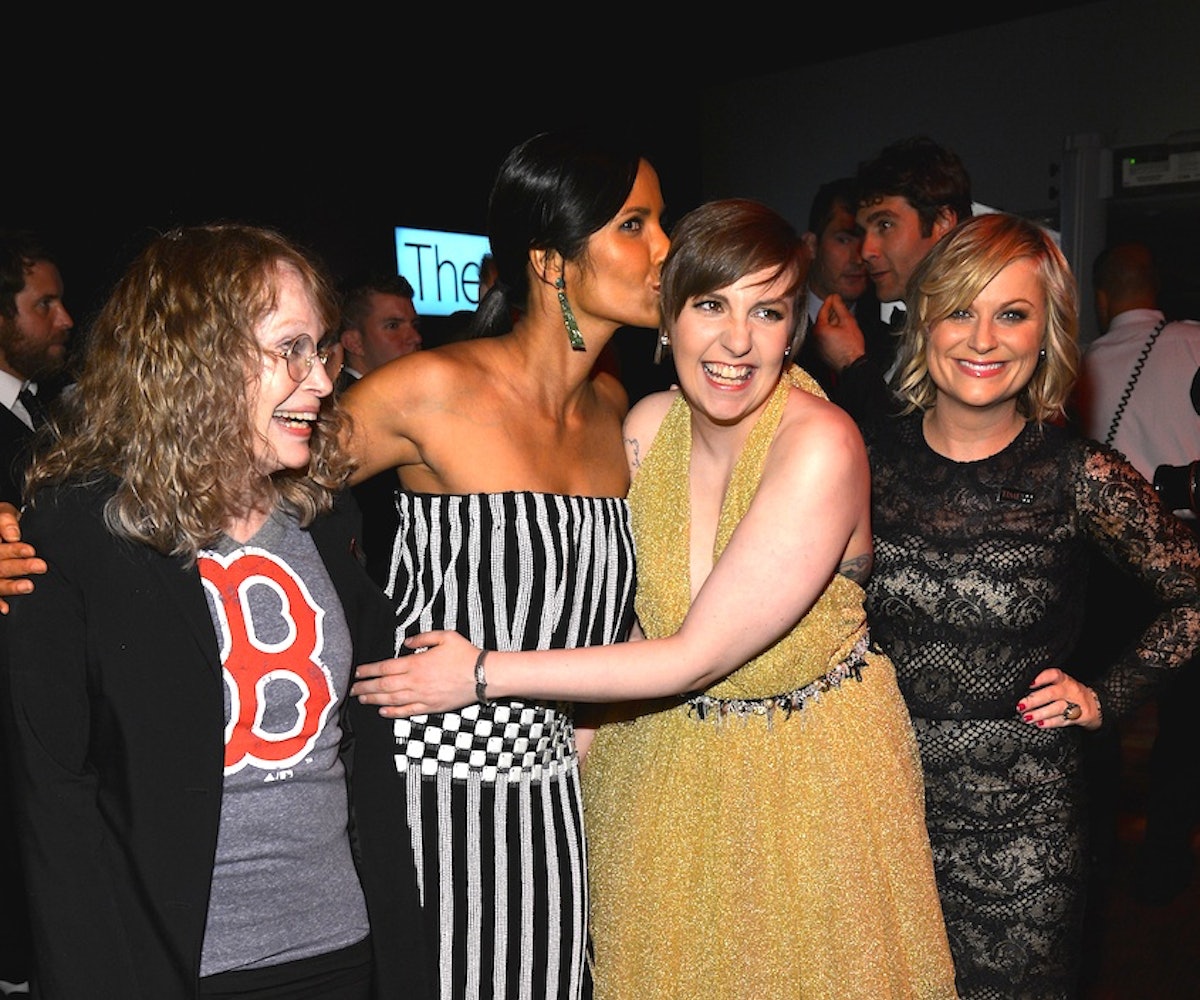 Fact: the only thing cooler than Meryl Streep is Meryl Streep taking a selfie with Hilary Clinton. Or Aubrey Plaza side-eyeing Louis CK. Or Robert De Niro and Bruce Springsteen having the most intense conversation.

Celebrity friend pictures are one of the internet's biggest gems, so we've dug through the archives for shots of our favorite awesome people hanging out together, and they're every bit as amazing as you'd hope. Also, note how there are multiples of Amy Poehler, Aubrey Plaza, and Meryl Streep....coincidence? We think not.

Since the chances of these guys inviting anyone else to their parties are pretty slim, ease the FOMO and buy this t-shirt instead. It's exactly what Drake means when he says "no new friends"...right?