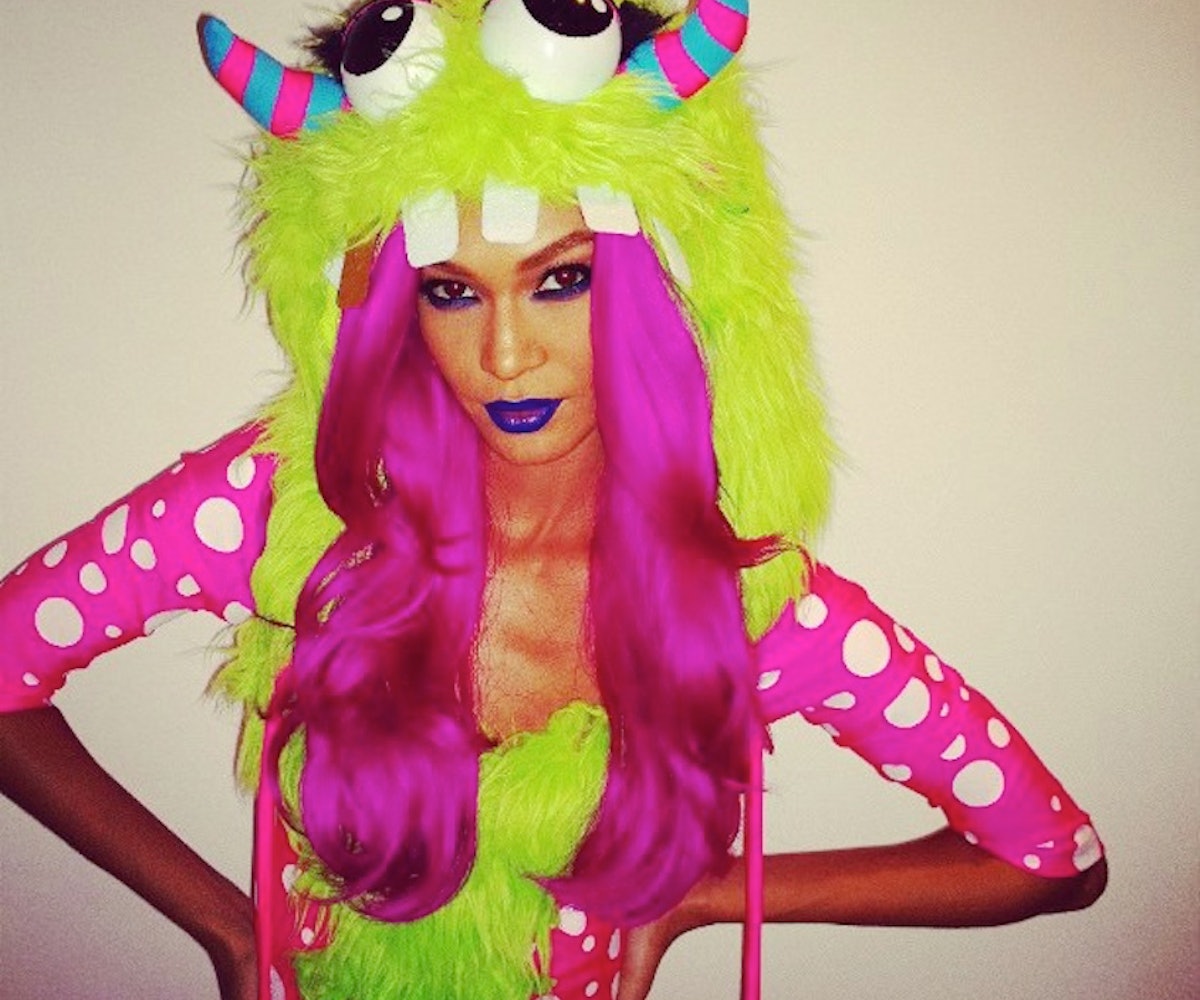 With all the inspiration we've been seeing over the past week, it's crazy to think that Halloween hasn't even, you know, happened yet. But now it's here, and clearly we're not the only ones showing off our costumes on Instagram. Some of our favorite celebrities are also getting in on the #NYLONhalloween action, and these outfits were too good NOT to share--so we've rounded up our favorites.

There are the classic disguises, like Poppy Delevingne as Margo Tenenbaum, Joan Smalls as a monster, and Tennessee Thomas as a cat. Then there are the meta--otherwise known as stars who dressed up as other stars-- like Miley Cyrus as Lil' Kim, Nicole Richie as Danny Devito, and our personal fave, Paris Hilton as Miley Cyrus (nice leotard!). But the biggest props have to go to Holland Roden, who went all out in blue face paint and a hair net as Tobias Funke from Arrested Development.

Want even more? See all the costumes in the gallery below...and keep checking back, since we'll keep updating as the awesome Instagrams roll in!

Cory Kennedy as a Sock Monkey

Ashley Benson as a punk rocker

Sarah Hyland as Belle from Beauty and the Beast

Vanessa Hudgens as an angel