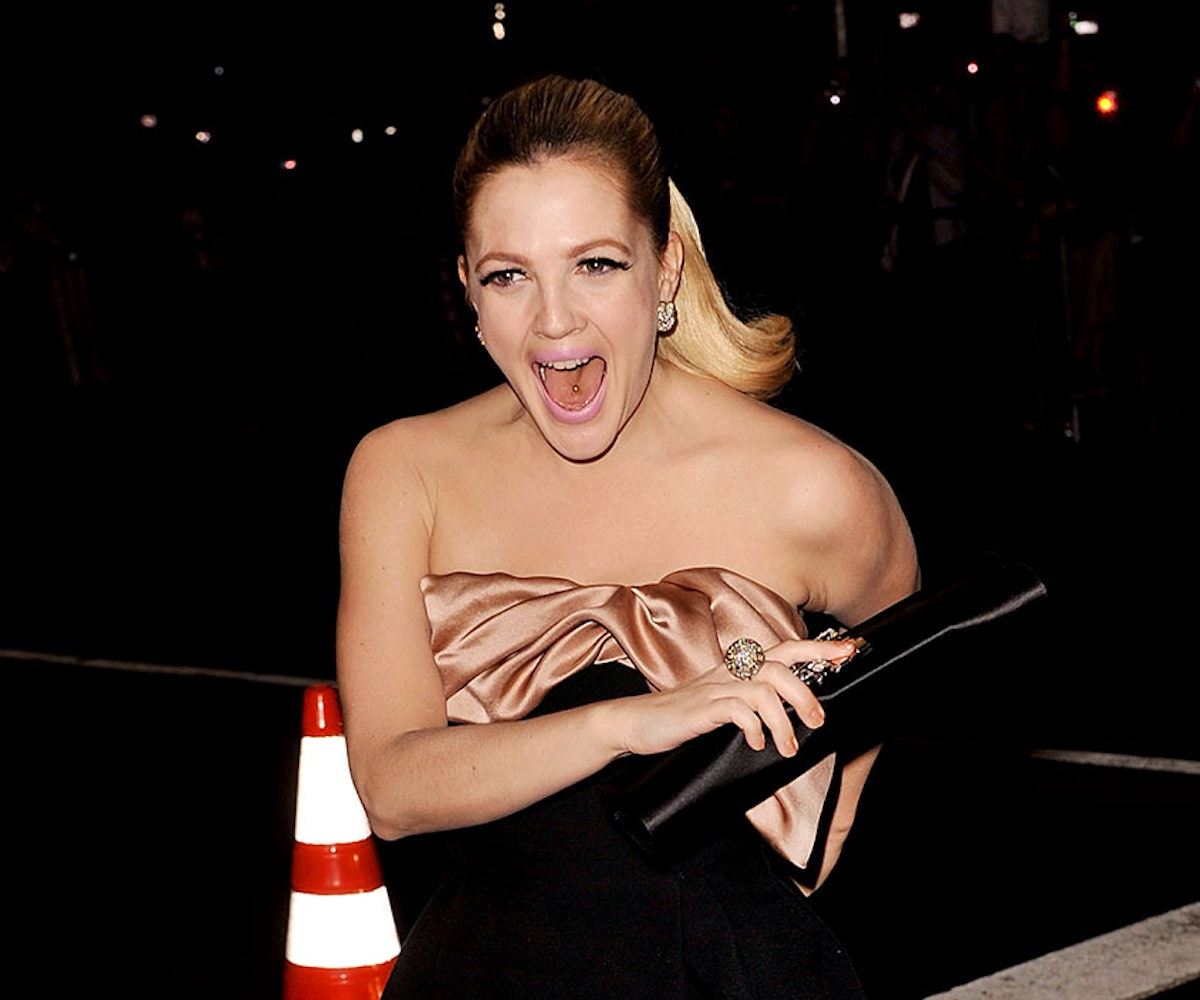 Sure, it shouldn't come as much of a surprise that '90s queen Drew Barrymore got her tongue pierced. We wouldn't recommend getting one of these if you have a palette expander.

According to Huffington Post, Aguilera had a total of 12 piercings at one point, including a belly-button ring, earrings, an eyebrow ring, a lip ring, a tongue ring, a nose ring, and piercings on her labia and nippple. You can spot at least four in her "Dirrty" video.

As everyone knows, a proper nipple piercing should always look as if it's running away from one's body.

The singer has her nose and nipples pierced. Next up, the navel.

Any and every true Bad Gal has her nipples pierced. It's a requirement...

...but whether or not getting your nipples pierced makes you a Bad Gal, well, the jury's still out on that one. (Unless Dave Navarro's presiding over that jury...)

Call us biased, but Zoë helped usher in the latest crop of septum ring-wearing Millennials.

Rose has her nipples pierced, and she'll never let them go.

Jackson has her tongue, septum, and nipple pierced, the latter of which became a topic of conversation after the 2004 Super Bowl Halftime Show.

At one point, Meester had a belly-button ring. But now, as she told Cosmopolitan, she likes that she no longer has any piercings.

Edwards got the nape of her neck pierced in 2013. You can see photos, which Mulder has been investigating, here.

Queen (of the) Be—lly rings.

If you were a '00s pop icon, having a belly-button ring was practically a requirement.

Pardon our French here, but Lenny Kravitz has a gold hoop earring at the base of his cock.

NEXT UP
Entertainment
All The Celebrity Cameos You Forgot On 'Gossip Girl'
Life
Unfortunately, An Amber Heard & Johnny Depp Trial Movie Is Coming
Fashion
This Y2K-Beloved Bag Is The Most Sought After Item Of 2022
Entertainment
Timothée Chalamet Stars In Dark & Dreamy 'Bones And All' Trailer