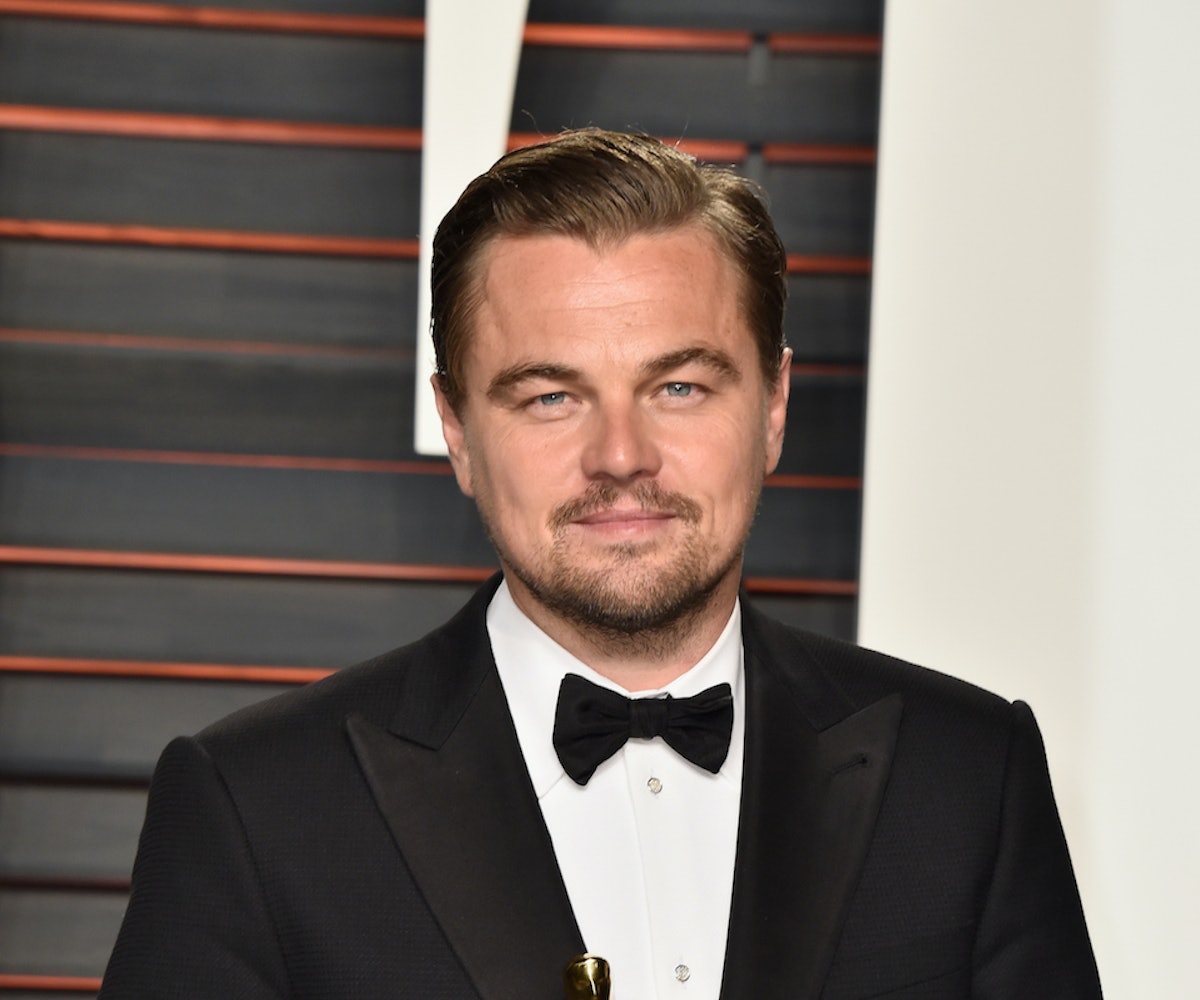 It's done, it's over, the memes can be laid to rest. Last night, Leonardo DiCaprio won his first Oscar (and the world's hearts) for his turn as explorer Hugh Glass in The Revenant. While some say Leo can finally relax, it's more like the rest of the world can relax. Let's be real, as we all were rooting for him so hard, his win wound up being the most tweeted-about event in Oscars history. And the excitement wasn't just us plebes watching at home, playing drinking games every time someone's speech got cut off by the music, it was all the A-listers at the event watching, as well. Beyond Kate Winslet, (who showed us that Jack and Rose will forever be a thing as she was on the brink of tears as Leo gave his acceptance speech), tons of other celebs took to the Internet in support of everyone's favorite Oscars underdog. In the words of Zendaya, "bout damn time." See the best reactions, below.

NEXT UP
Culture
The 2023 Oscar Nominations Full List Is Here
Culture
The Madonna Biopic Is Being Scrapped
Culture
Kaia Gerber Won’t Stop Until She’s Cast As Patti Smith In A Biopic
Entertainment
See a First Look At Marisa Abela as Amy Winehouse In "Back to Black" Biopic
Style + Culture, delivered straight to your inbox.