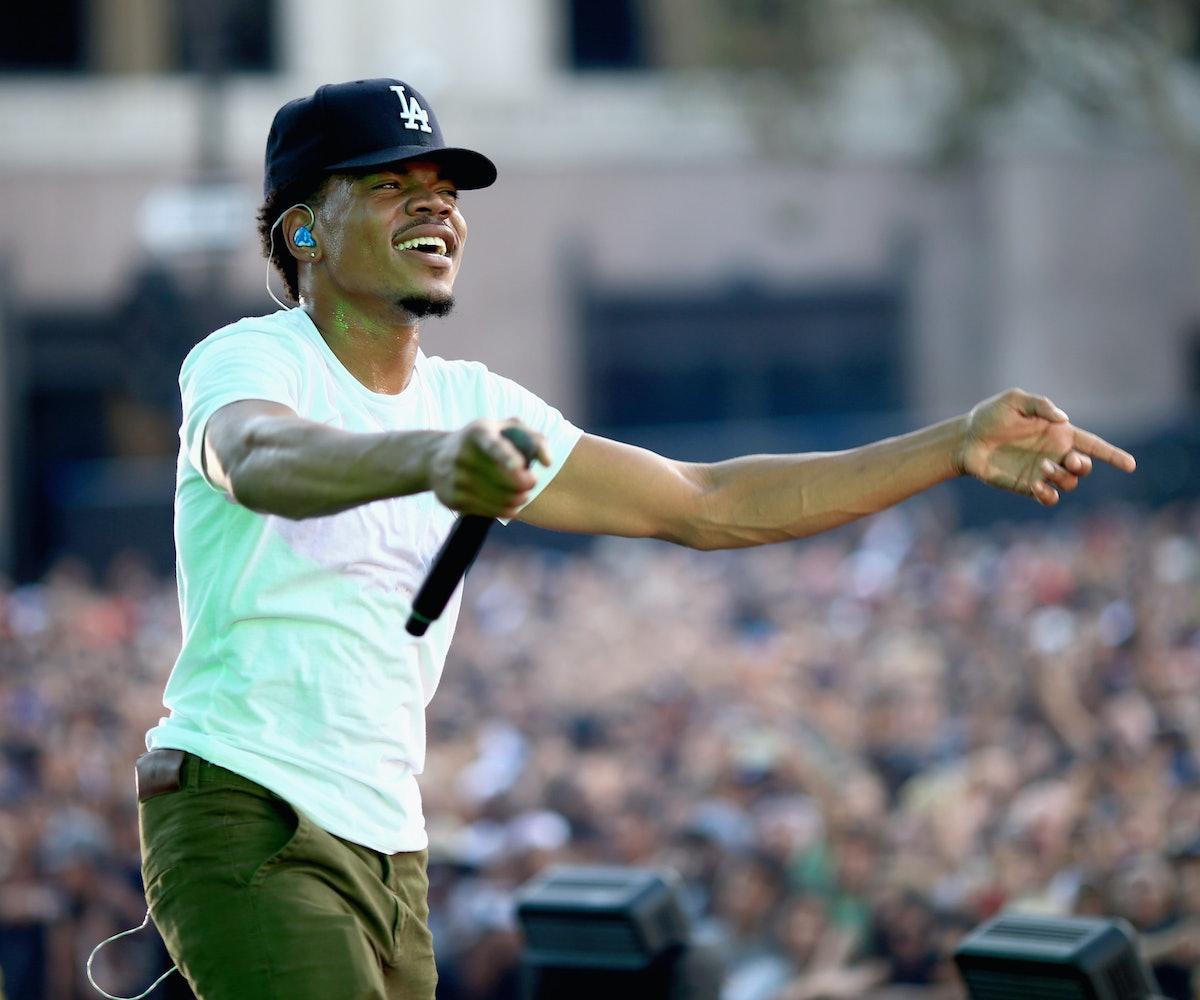 Spike Lee's controversial new movie Chi-raq is being labeled a comedy by some critics, but not everyone is laughing. Chance the Rapper took to Twitter Friday, to criticize the movie for exploiting his hometown Chicago. The film, whose title is a direct reference to the ignonimious nickname the city has earned thanks to its violence-plagued neighborhoods, tells the story o a group of women who practice abstinence as a way to halt gang violence.

In his Twitter trade, Chance took issue with the "problematic" film, and the fact that the people who made it don't really understand what life in Chicago's inner cities is really like. "Let me be the one from Chicago to personally tell you we not supporting this film out here," he wrote. "That shit get ZERO love out here. Shit is goofy and it's a bunch of ppl from NOT around here telling u to support that shit."

Some of the film's harshest critics contend that the film pales in comparison to what it's really like in Chicago's roughest neighborhoods, and it seems that Chance's outrage stems from a similar place. "The idea that women abstaining from sex would stop murders is offensive and a slap in the face to any mother that lost a child here," Chance added. "You don't do any work with the children of Chicago, You don't live here, you've never watched someone die here. Don't tell me to be calm."

While Chance's opinions are certainly, films like Chi-raq are important because they start conversations that can be difficult to have, which was exactly Spike Lee's intention. Chi-raq is in theaters now.