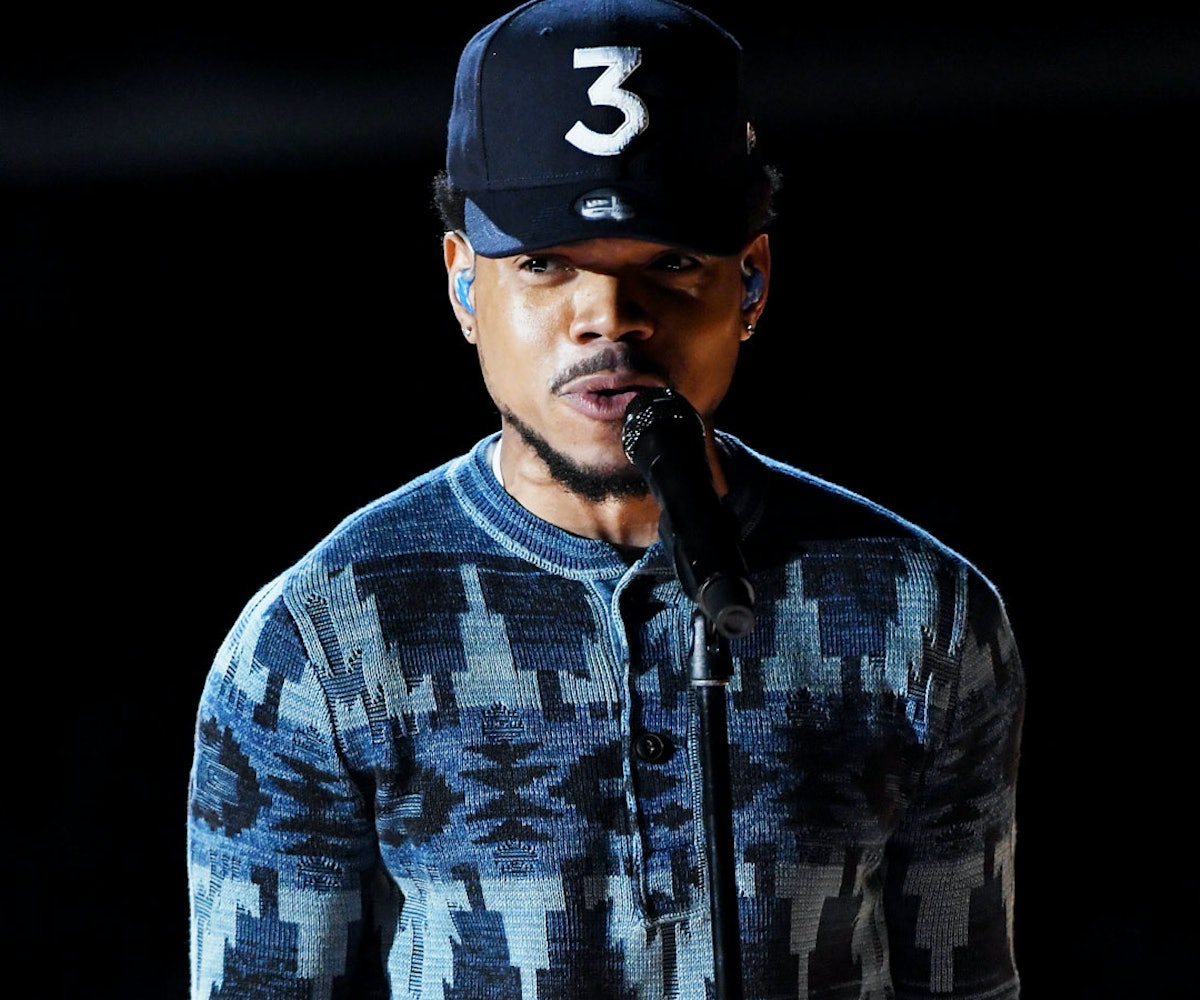 The dominating narrative going into tonight’s 59th Annual Grammy Awards was Adele vs. Beyoncé. But another narrative that began to emerge was Chance the Rapper’s official coronation. Few people had a bigger 2016 than the Chicago emcee, and with several major nominations and a performing slot, the Grammys were set to be Chance’s coming out party. After huge victories for Best New Artist and Best Rap Album for Coloring Book, Chance the Rapper was already one of the night’s big winners, so his performance late in the broadcast was set to officially crown him as hip-hop’s new king. It did just that.

Chance the Rapper, who became the first black musician to win Best New Artist since Lauryn Hill in 1999, performed alongside gospel singer Kirk Franklin, who also joined Chance on Kanye West’s “Ultra Lightbeam.” The performance also included Francis and the Lights, Tamela Mann, and a gospel choir, as they cycled through two songs from Chance’s Coloring Book, “How Great” and “All We Got.” During both of his acceptance speeches, Chance repeatedly thanked God, and this performance was equally spiritual. Chance also include little slices of Coloring Book hits “No Problem” and “Blessings.” Watch a snippet of the performance, below.

NEXT UP
Entertainment
Muni Long On The Grammys, Burnout & Not Worrying About The Labels
Culture
Spice Girls May Reunite For King Charles’ Coronation
Nylon Nights
Latto Gets Ready for Spotify’s Best New Artist Grammys Party
Entertainment
Harry Styles Is Performing At The 2023 Grammys
Style + Culture, delivered straight to your inbox.