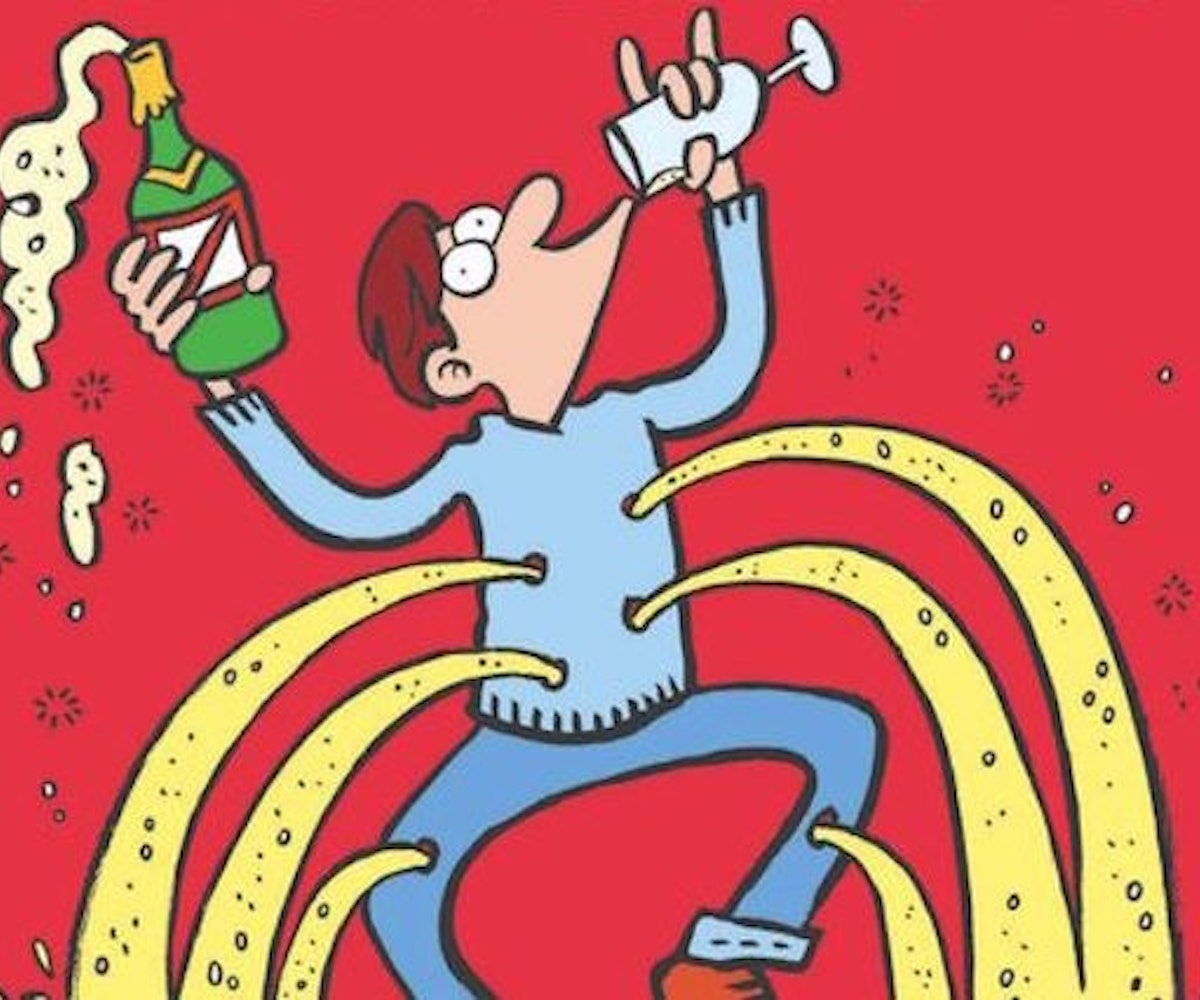 Angry, funny, and totally inappropriate, the first cover of France’s premiere printed satirical magazine Charlie Hebdo after Friday’s brutal terrorist attacks in Paris is out, and it is exactly what it should be.

As you well know, the paper was itself a target of a similar attack in early January of this year—one that gutted its editorial staff and united people around the world in fear, grief, and, remarkably, pride in the practice of free speech. Within days, Charlie Hebdo was back on newsstands in a unique showing of resilience and, naturally, its signature brand of bad taste.

Today, Charlie Hebdo is offering more of the same in response to Friday’s tragedy with a cover featuring a French person spouting Champagne out of multiple bullet holes. “They have the weapons,” reads the cover line in French. “Fuck them, we have the Champagne.” Maybe this irreverence pisses you off. Maybe that fills you with a certain measure of pride. Either way, Charlie Hebdo is no doubt good with that.

NEXT UP
Culture
Paris Hilton Welcomes A Baby Boy
Fashion
The Wildest Front-Row Looks From Couture Week In Paris
Entertainment
Ebony Riley's "Deuce Deuce" & 9 Other New Songs Out This Week
Entertainment
Beyoncé Is Now The Most Awarded Artist In Grammy History
Style + Culture, delivered straight to your inbox.