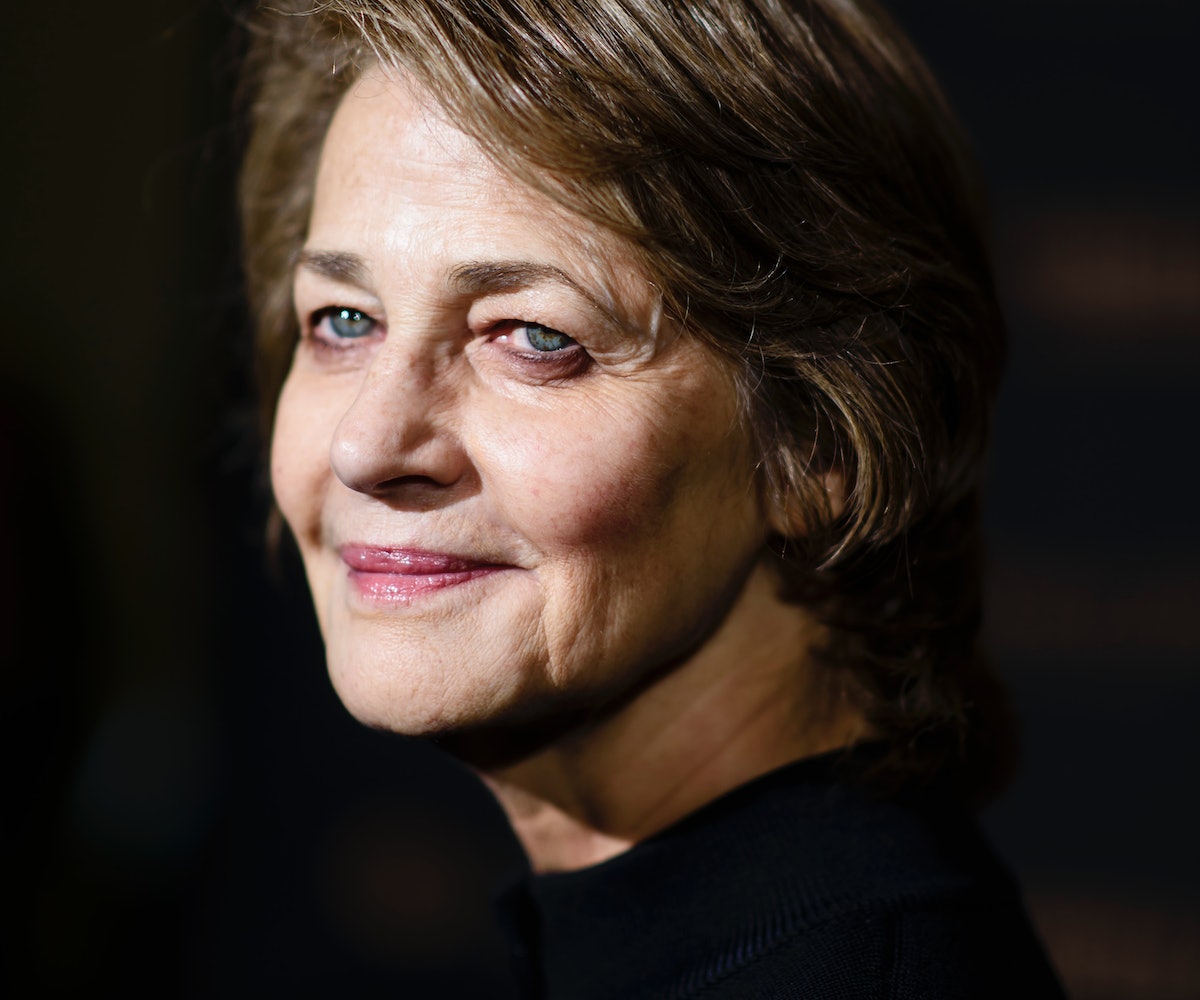 Iconic British actress Charlotte Rampling gave an interview France's Radio 1 today, and because she is nominated for Best Actress for her role in 45 Years, she was asked about the current Oscars controversy. Her response is the reason our eyebrows are currently raised. Speaking in French, the 69-year-old Rampling told the program that the controversy is actually "racist to whites."

Now before you freak out, allow Rampling to explain what she means. “One can never really know, but perhaps the black actors did not deserve to make the final list,” she explained. “Why classify people? These days everyone is more or less accepted ... People will always say: ‘Him, he’s less handsome’; ‘Him, he’s too black’; ‘He is too white’ ... someone will always be saying ‘You are too’ [this or that] ... But do we have to take from this that there should be lots of minorities everywhere?”

Okay then. We think what Charlotte Rampling is trying to say is that everyone is equal, and we shouldn't be classifying people, period. That's cool, but it doesn't really come off that way, and that sound you hear is any chance Charlotte Rampling had of winning an Oscar disappearing in a poof of smoke.