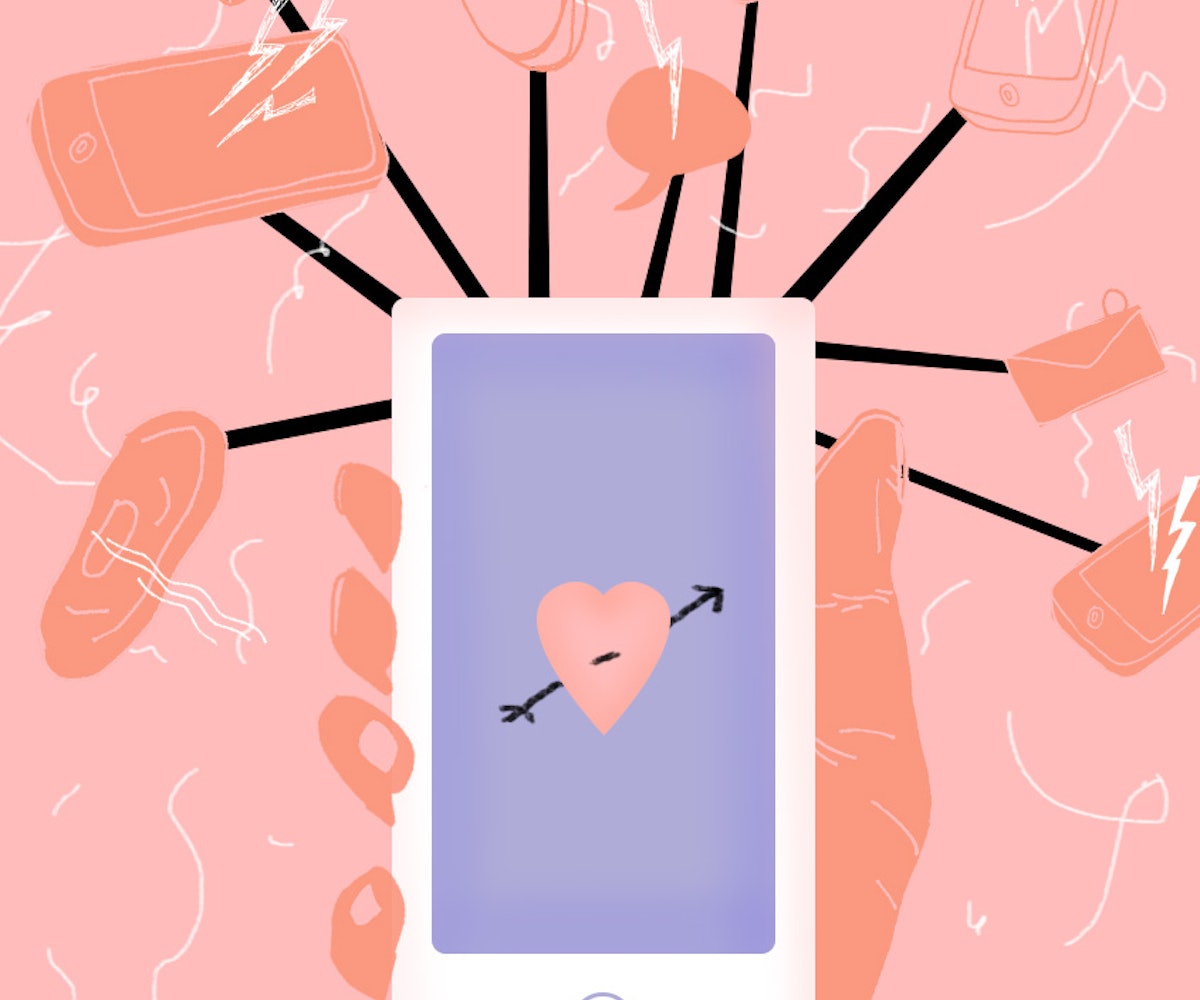 Dual residency in both Atlanta and the Internet means Drake’s “Hotline Bling” has been abso-fucking-lutely impossible to avoid. The shitty dude anthem made me think of another one: Usher’s “You Make Me Wanna…”. If you need a refresher, the tune delves into Usher exploring a romantic/sexual possibility outside of his current romantic/sexual relationship while maintaining said relationship. It looks at a man looking at women and regarding them with a swift, definitive nod. Like how my friend Erin always jokes about entitled drivers in thick L.A. traffic. When I visited recently, she recited a sing-songy cadence of “this is for me” over and over as we continually got cut off. Both Drake and Usher were on the same mantra: “This is for me.”

But I kept thinking about the joke and stripping the situational humor from the four loud words. I imagined others’ inner monologues as they cruised throughout their day—taking up two seats on MARTA, finishing the last of the banana bread but leaving the empty tin in the office kitchen. There’s some positive ways to apply “this is for me”—seizing professional opportunities, enjoying a pretty view—but mostly, it’s a gross, hugely selfish brain space.

Especially when applied to other people.

Surely this prospective woman in Usher’s life knows of his existing girlfriend. He says it right there: “You make me wanna leave the one I’m with.” She has the option to be complicit in a tryst or a full-on rupture to that relationship. She’s wise to what’s up.

But what about when the situation is less transparent? I started asking friends about personal experiences in which they discovered their true role in these romps: a secret sidepiece. The Other Woman, unbeknownst to them.

One friend told me about running into an ex’s ex while wasted at a party. “She mentioned something about him being terrible to me and I mentioned that he and I had hooked up and then he had kinda ghosted on me,” my friend said. “She was like, ‘Wait, when did you hook up?’” There was an overlap, some ensuing tears, but ultimately— luckily—friendship (between the two women).

A former roommate found through some cellphone snooping that a new boyfriend never cut things off with the woman he was seeing before. Yet another friend explained a developing romance quickly turned DOA after unearthing a whole damn ring of Other Women in their small L.A. neighborhood—on top of his having a serious girlfriend. Cool life, dude!

The response to my widespread query was deafening. The popularity of this experience—learning of secret girlfriends, secret boyfriends, secret commitments—made me feel sick. The overarching theme was selfishness. The idea that these people could so highly value their own temporary satisfaction and feel the universe owes them multiple people is almost impressive. It’s like approaching the proverbial buffet of possible partners with a full stomach but stacking your tray really high regardless.

Certainly, isolated incidents happen, thus perhaps carrying less weight with only trace amounts of that entitled swagger. But when these relationships outlive a one-night bender or limited string of saucy texts, it’s cognizant. Like premeditated murder.

I’ve learned I was The Other Woman before, too. A chance encounter with a man in town for work rapidly unfurled and twisted into a full-fledged emotional relationship—one that he pioneered, despite the distance. And despite his girlfriend I wouldn’t know about for four months. Even the part how she was in the hospital during our initial tryst. But, y'know, he was just out there living his life anyway, humming the happy mantra that sounds a lot like “this is for me.”

One of the most interesting parts of my research was how these people reacted to the intel unveil, assuming it came second or thirdhand. Do you tell the offender? Do you tell the existing partner?

In my former roommate’s case, she reacted in a way I find specifically badass. She took a screenshot of an incriminating text on homeboy’s phone, saved it as a new background, then called him from a cab at 2 a.m. so he could see his glaring error when she shouted, “Fuck you” before hanging up.

He scrambled in futile attempts to remedy the damage done, just as my dude did when I called bullshit. She got flowers. I got novella-size blocks of text that didn’t stop until I blocked him. Then I got Twitter DMs and emails. Strange measures aimed to placate—to silence, maybe. My dude went so far as to say the following via email about his then-existing relationship: “I deserve her.” He might as well have said what anyone essentially says when they pull a fast one on (at least) two people: “This is for me.”

People who cheat seek redemption, empathy, respect. But when a person devalues others in favor of their own ferocious, insatiable appetite (for validation, sex, attention, IDK), they don’t get that. Instead, they hopefully get a reality check; an invitation to reevaluate their priorities, their ego, whether or not one person could ever truly “deserve” another person (spoiler: no). All that heady meditation and nervous stomach squirrels about their foolish actions? That is for them.