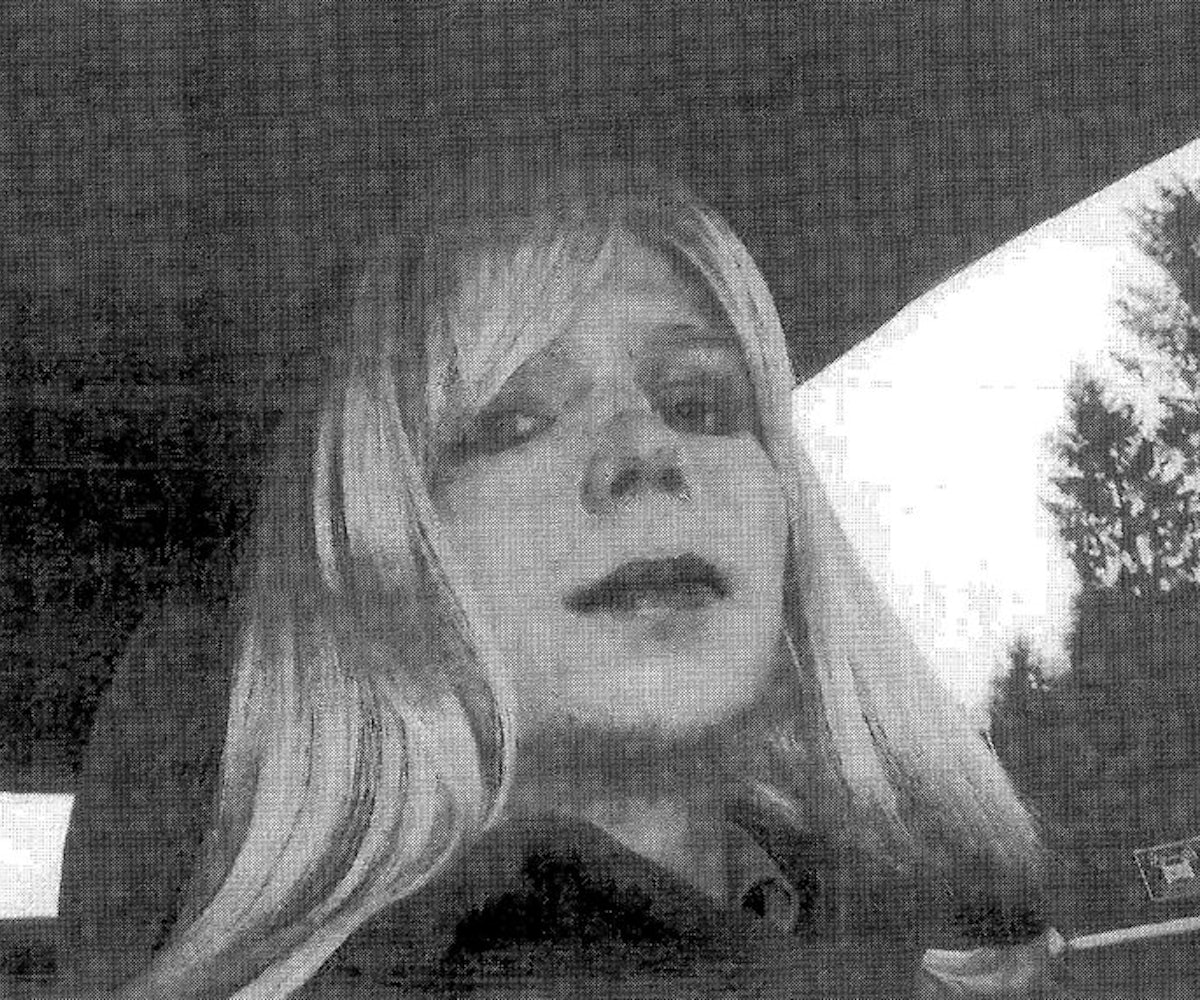 After serving seven years in a maximum security U.S. military prison at Fort Leavenworth in Kansas, Chelsea Manning will finally be released today. The former U.S. Army intelligence analyst was arrested in 2010 for leaking government documents concerning, among other things, Iraq and Afghanistan wars to WikiLeaks. At the time she was sentenced to 35 years behind bars, but in one of his final acts as president, Barack Obama commuted most of Manning's remaining sentence, allowing her to be released 28 years early.

Now there will be a documentary released that chronicles Manning's life and what she has been through since her conviction. Pulse Films CEO, Thomas Benski, announced today the production of XY Chelsea. The film will document Manning's fight for things like medical treatment for gender dysphoria in an all-male prison and for the military to recognize her status as a woman, according to IndieWire.

Director, Tim Travers Hawkins, has been following Manning since 2014 and will be at the prison today to film her release.

"When I first wrote to Chelsea at the military prison in Kansas, she could not be filmed, nor could I communicate with her in any way other than through letters," Hawkins said in a press release. "Regardless, I believed it was imperative to find a creative way to engage with her life and story. Now, with Chelsea emerging from confinement, the journey of this film has reached its most historic and exciting moment.”