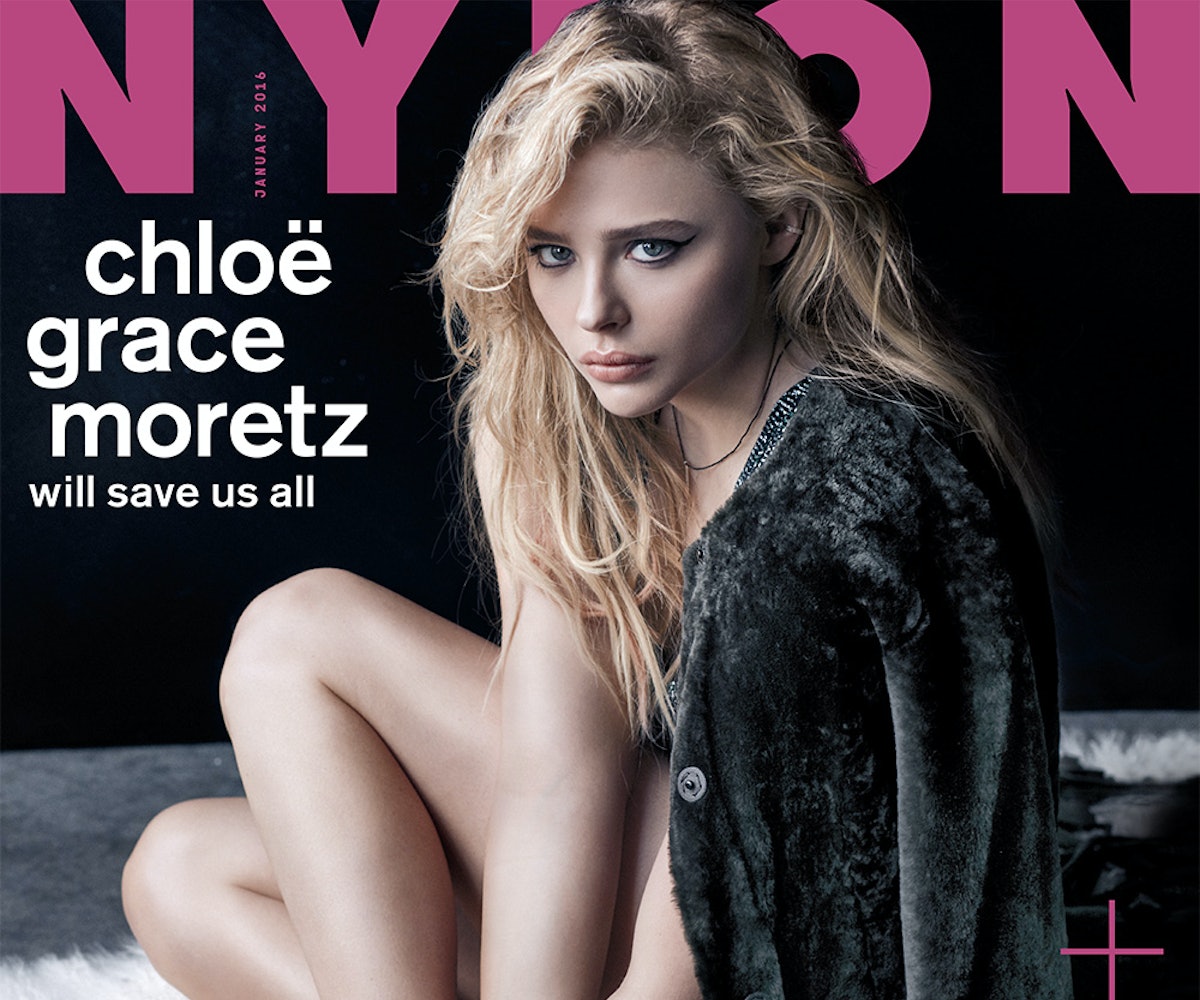 Chloë Grace Moretz is a hugger. She may be a big movie star with memorable roles in Kick-Ass, Carrie, Hugo, and soon The 5th Wave, but she’s a Georgia girl first and foremost. So when we meet up at Bowlmor Lanes, a dimly lit, music-filled bowling alley in New York City’s Chelsea Piers, there’s no how-do-you-do handshake. Ready or not, she goes right on in for the bear hug. “I’m from the South—that’s what we do!” she says.

Dozens of teens have descended upon the alley’s lanes and arcade area. A few people are singing “Happy Birthday” to a little boy dressed as Batman. No one seems to notice the famous actress among them dressed in a black leather jacket, high-rise skinny jeans, and a gray T-shirt with the words "kind of like this but not like this" emblazoned across

The die-hard hockey fan confesses she has a tendency to get competitive over the silliest of things—including a friendly round of bowling. After trading in her black slip-on Vans for a red, white, and blue pair of bowling shoes, she quickly takes control and starts setting up our names on the scoreboard. She types in “Coco” for herself. I go with “Striker.” (Full disclosure: I’ve only bowled a handful of times in my life and the last time was a good 12 years ago.)

Click through the gallery to read the rest of Moretz's cover story.

Moretz is up first. She studies the bowling balls for a few seconds as if she’s waiting for one to call to her. She goes with a 10-pound orange ball that will become her go-to throughout the day. While her signature right-foot-out, left-leg-in-a-deep-lunge stance makes her look like a total pro, the pins are not impressed. Only three go down. Moretz gives a slow-motion turn and an exaggerated sad face, then goes again, knocking down four more pins. It’s not the spare she was hoping for, but she shrugs and motions that it’s my turn to show what I’ve got.

Next up is January’s alien attack drama The 5th Wave. “I play Cassie Sullivan, your average teenager till a spaceship shows up and her entire life is changed,” says Moretz. “The aliens that we call ‘The Others’ release five waves of an invasion. The first is an electromagnetic pulse that shuts down all of our electronics and causes everything to crash. Then there are earthquakes, which create tsunamis that cover our major cities in water. The third is an avian flu that kills off most of the population. It’s completely unstoppable unless you have a natural immunity to it, which my father, brother, and I have. The fourth wave: snipers that come down and pick us off one by one. The big question is: What’s the fifth wave?”