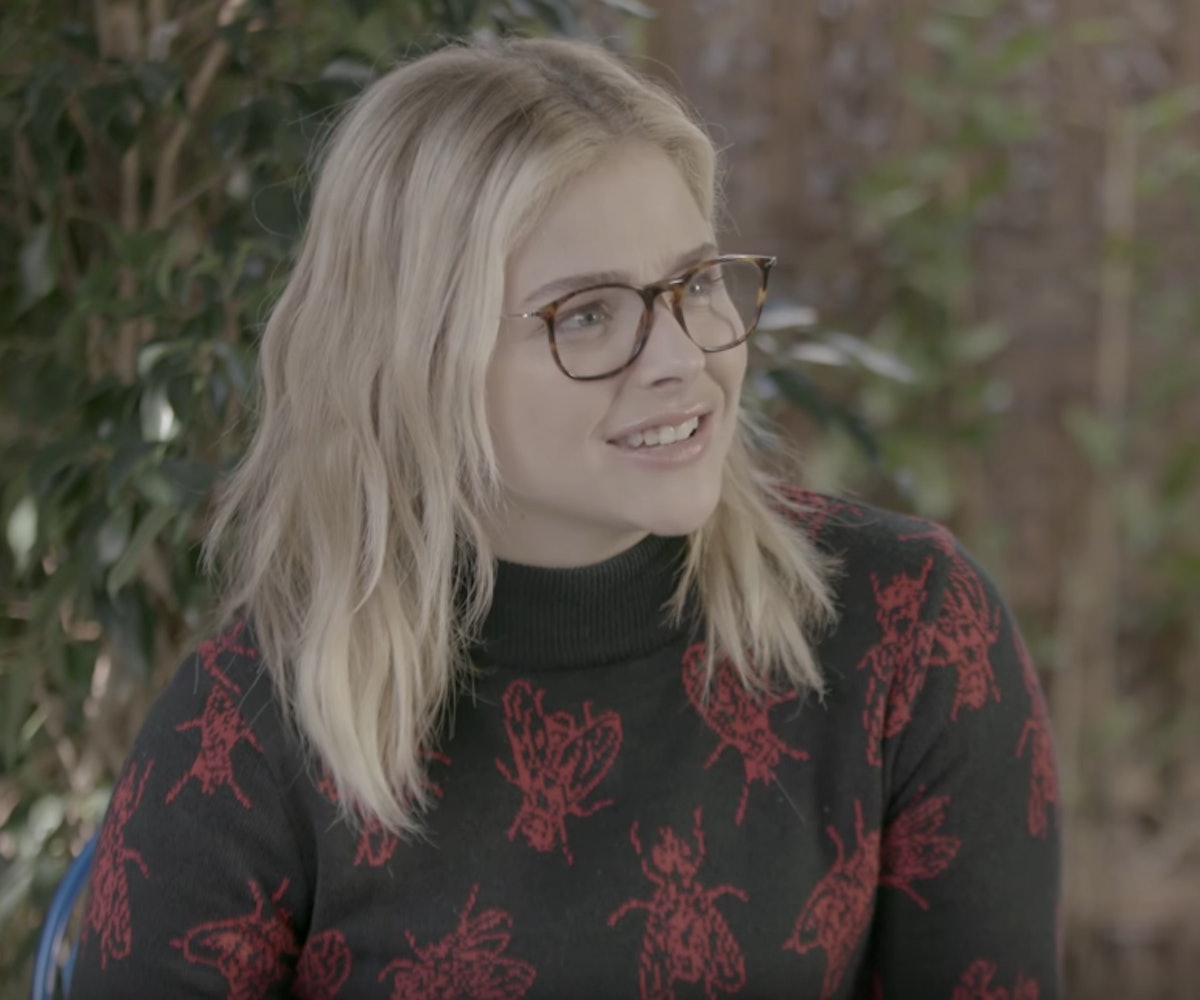 Any professional actor worth their trailer knows that in order to really nail a role, research is paramount. So when Chloë Grace Moretz, who at 19 has already starred in over 15 movies, was cast as a girl trying to save the world from an alien invasion in The 5th Wave, you can bet she dove in to all things extraterrestrial.

During her studies, Moretz discovered the various works of "leading extraterrestrial expert" Professor Tea Wiert, and to say she became a fan is a bit of an understatement. Girl is straight-up obsessed. So when Moretz recently got to meet the object of her (extreme) fandom, she was eager to talk shop. The Einstein-Rosen Bridge, Modified Newtonian dynamics, Euclidean space—all of it was on the table, but as you'll see in the above video, Professor Wiert was not able to hang, like at all.