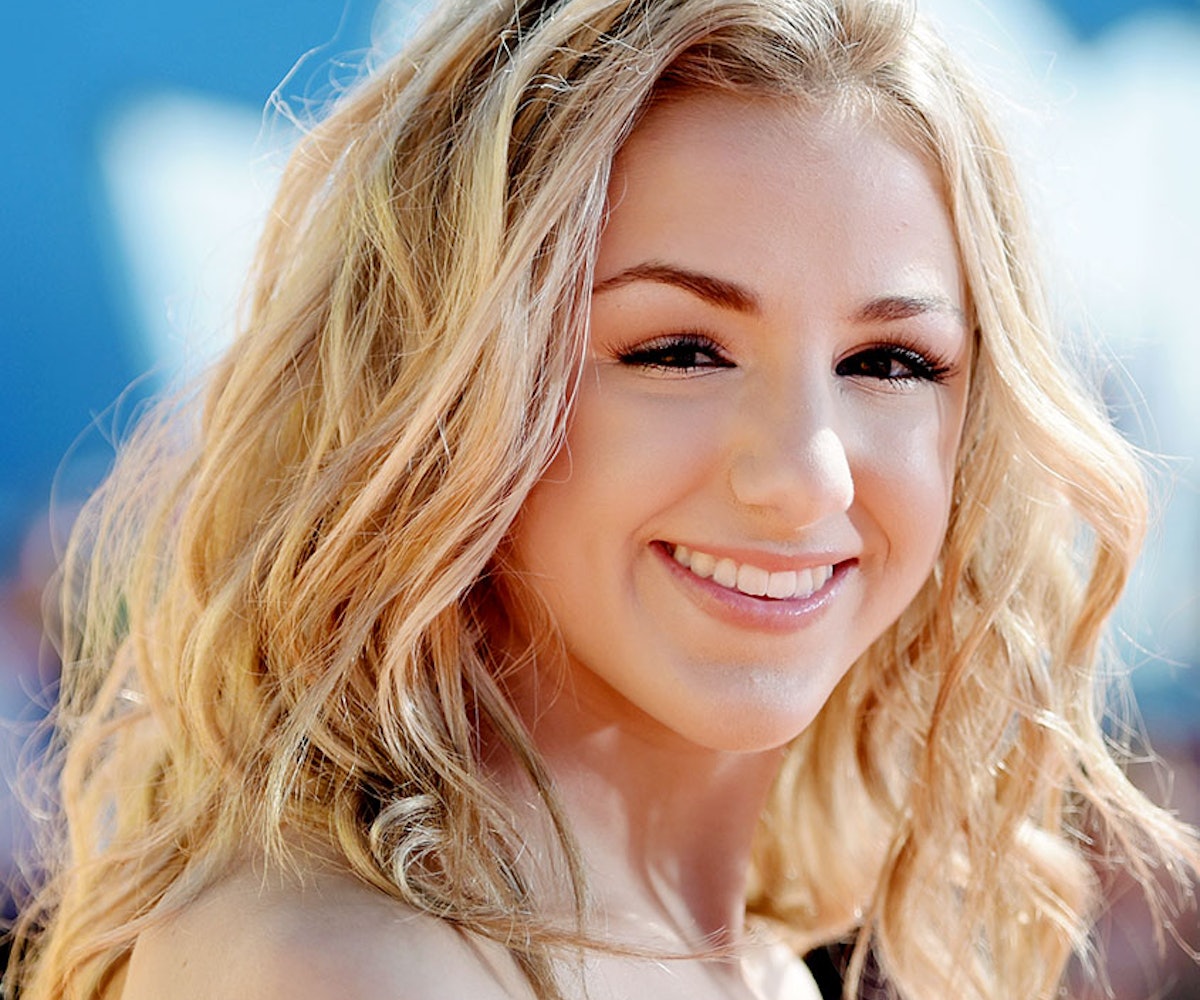 No matter which way you look at it, growing up has always been one of the most difficult parts of life. Add in the predominance of social media, which can quickly become a cesspool of negativity, and it seems like the stakes to conform are higher than ever.

At only 14, Chloe Lukasiak, formerly of Dance Moms, has experienced widespread bullying across various blogs and her social platforms. But rather than succumb to her critics, she decided to rise above it. After their many comments about how her eyes were different sizes, she decided to make a doctor's appointment. It turns out that she didn't have a lazy eye, as her commenters suggested. Rather, she had silent sinus syndrome. And so she underwent surgery to amend the issue before it caused permanent damage. We caught up with Lukasiak, who is still recovering, to talk about online bullying and her experiences.

What inspired you to talk about your experiences publicly?

Well, I was getting the surgery done and a lot of people had mentioned things about my eye. I thought that maybe if I put together a video explaining what [the situation] was and what was happening—and if I could maybe help some people that were in the same situation or a similar situation in the process—I thought that it might be good. I knew that there would be bad things written, obviously, but I figured that the good outweighed the bad so I just decided to do it.

Do you remember the first time you were bullied?

Well, I don’t remember exactly the first time I got bullied. I just knew that people would write things online about my eye about a year ago, and when I started to notice it people started writing things like, “Oh, she has a lazy eye,” and they were making fun and not really saying nice things. So I just figured that since I knew what was going on, I could go to get it fixed. The real, underlying issue was trying to get fixed before anything else, so I decided to focus on my health and getting better. I wasn't worrying about what people were saying about it.

How do you think your stance as this public figure impacted your view on bullying and has it made you embrace individuality more, or do you think that it’s impacted you in ways that you wouldn’t otherwise feel?

I think so. I definitely learned to just not be ashamed of that because, you know, like I said before it was more of an issue than what people knew, so I just decided that I was going to be me and not care what people said. Some people are going to say bad things and some people are going to say nice things, and I just focused on the nice and forgot about the rest. I sort of learned to block things out.

That's a really tough thing for younger people to realize: That you have to focus on the positive as opposed to the negative. What made you realize that you could block out the negativity?

You know, I figured that listening to those things wouldn’t help me in the long run. It would only just make me think more about it and worry about peoples' opinions. I think, being in my situation, you have to learn to adapt. So, that’s what I did with those kinds of things.

You’re using your YouTube as a way to start an anti-bullying conversation. Can you tell us a little more about that?

Yeah, my video was just sort of to say, "Hey, this is what I’m going through and if you’re going through the same thing, that’s great." I got a lot of comments on the video, which were moving. A lot of people sort of said things that I didn’t know they’d be comfortable saying, and the fact that they’d be confident and comfortable saying those kinds of things—it's really great that I helped people come out of their shell in that way.

You're a big force on social media. Do you think that these different platforms—YouTube, Instagram, Twitter, etc.—have helped foster a community? Why do you think people feel so comfortable being so open on social media in that way?

Like I said before, there are mean people, but there are also nice people. And I think that when enough people say, "Hey, that’s okay; don’t worry about that stuff," people start to feel comfortable. I feel that a lot of people vent online and I know sometimes I wish I could, but sometimes (in my situation), it’s sort of hard to, other than in my video. When they have nice friends on social media, they can say nice things. It’s also easier saying them online than in person.

Is there any advice that you’d give to your younger self?

Don’t worry about what people say. And at this age, I’ve learned that. But honestly, it’s so important to just worry about you and what you need to do, and just be happy and not care about those negative kinds of things.