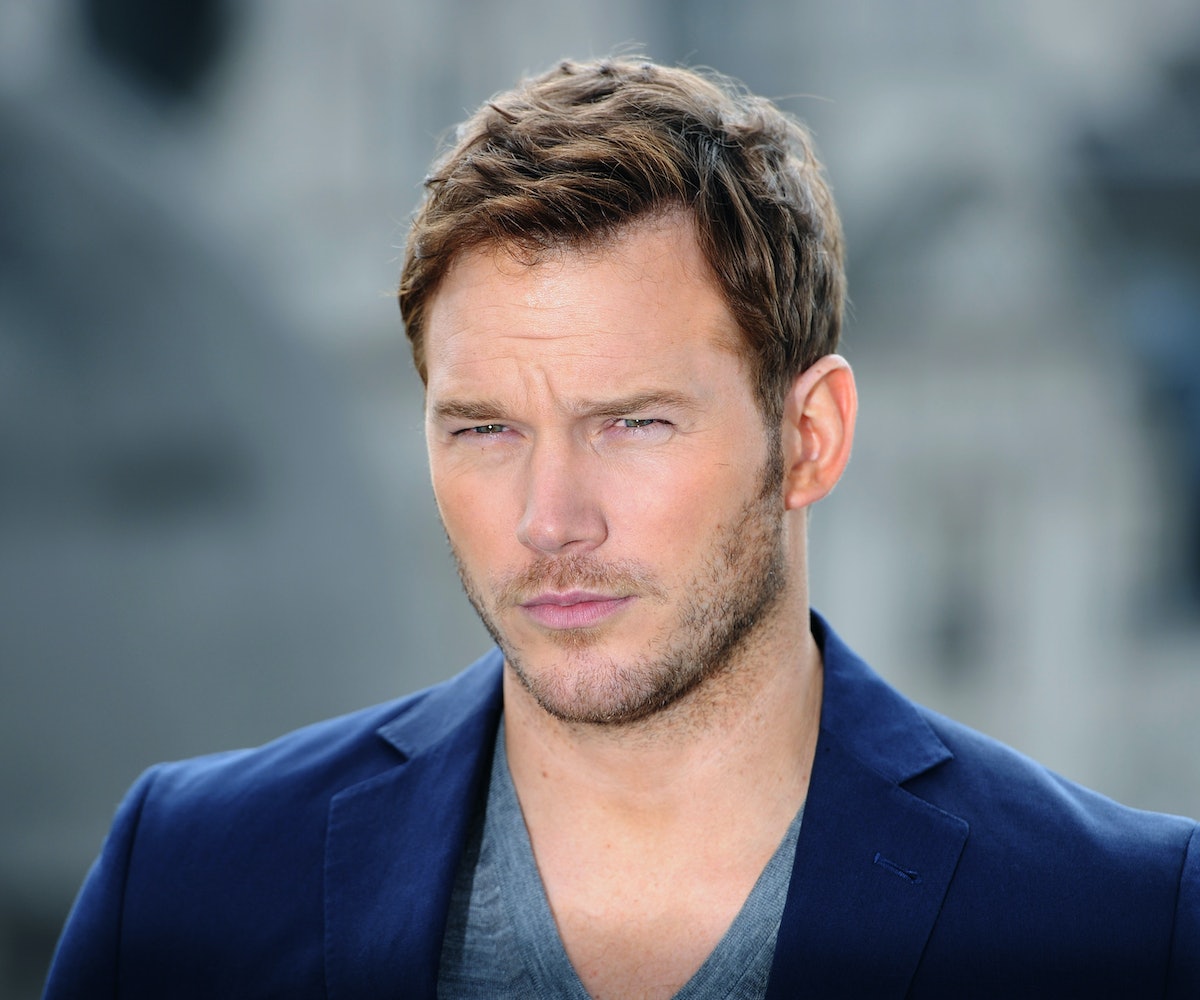 The lack of diversity and accurate representation in popular culture—and specifically Hollywood films—is a persistent and troubling reality. Cinematic white-washing and the refusal to tell the stories of marginalized communities is a sad reflection of the structural racism, sexism, homophobia, transphobia, and ethnocentrism that exists in our society, and it's important to point out when major problems occur; for example, Scarlett Johansson's lead role in Ghost in the Shell. And many Hollywood stars have done just that; from Constance Wu to Aziz Ansari, high-profile actors have used their platforms to protest the injustices they see on the big screen.

Now, Chris Pratt, who is promoting his newest Marvel movie Guardians of the Galaxy Vol. 2, has joined the fray. In an interview with Men's Journal, Pratt talked about a subset of people who he hasn't seen enough of on screen:

Pratt said, "I don’t see personal stories that necessarily resonate with me, because they’re not my stories. I think there’s room for me to tell mine, and probably an audience that would be hungry for them. The voice of the average, blue-collar American isn’t necessarily represented in Hollywood."

Obviously Hollywood is far from perfect when it comes to accurately portraying every facet of the experience of what Pratt thinks are "average, blue-collar Americans", but it's not for lack of trying; cinematic history is riddled with Hollywood's efforts of doing just that. Sometimes Hollywood succeeds (as in Boyhood) and sometimes it fails, but there's no shortage of movies showing average white guys.

What there is a shortage of in Hollywood are films that show nuanced portrayals of the experiences of people who are not white men. Hopefully, though, that will change; the massive critical and popular success of movies like Moonlight and Hidden Figures shows that there's a desire and demand for these films. Of course, perhaps these aren't the movies that Pratt thinks of when he thinks of "average, blue-collar American" movies. Although I don't know why he wouldn't: Both films show Americans who are hard-working, face tremendous obstacles, and are shut out from the privileged strata of the American elite. Both films also show Americans who are black; one centers around gay black men and the other around black women. And where does it say that "average" and "blue-collar" need to be code words for "white" and "male"? Nowhere.

Maybe then, what Chris Pratt needs to do when he looks for more "average, blue-collar Americans" in films, is to realize that they're there, but they don't all have to star people who look like him.