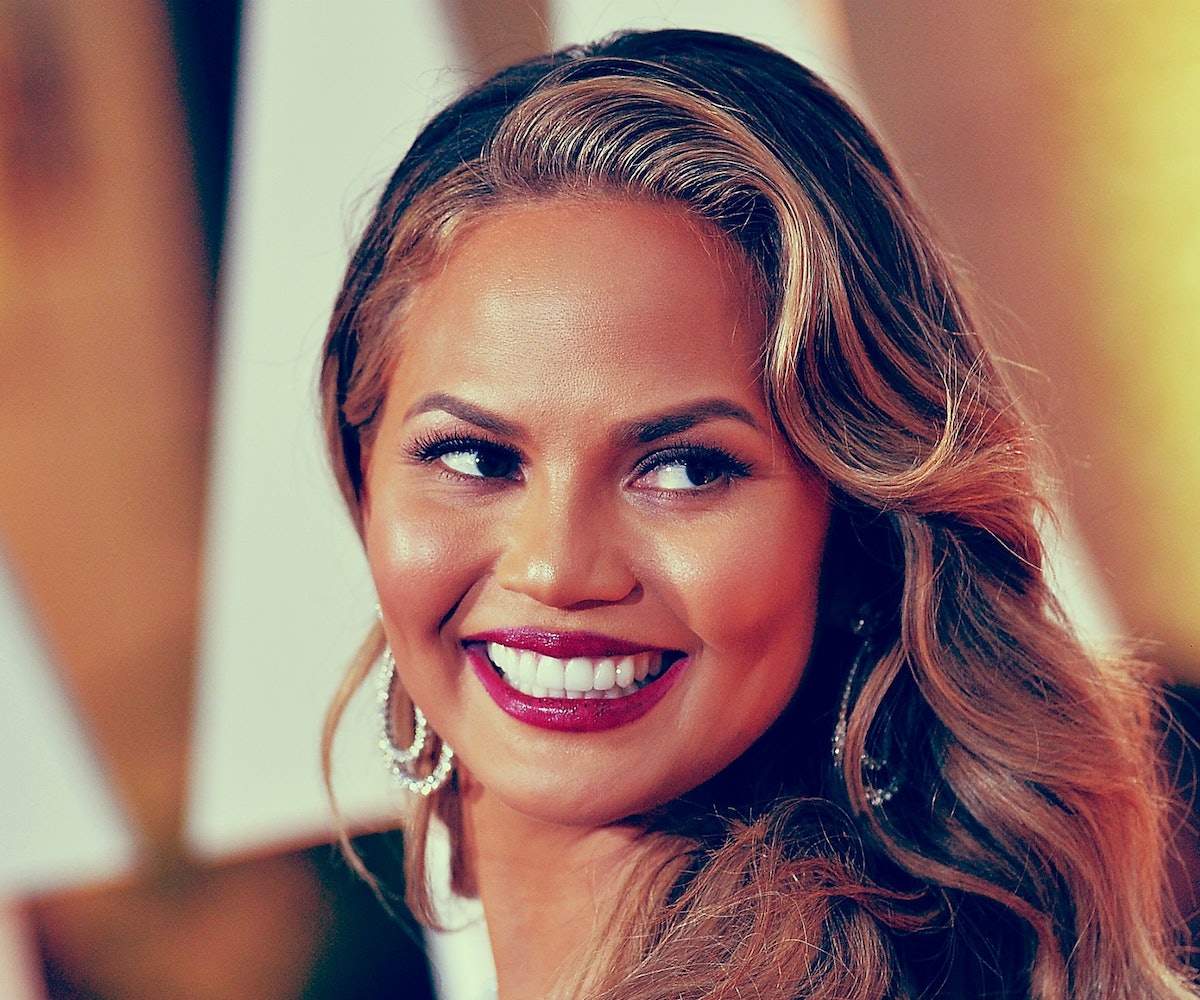 Something that is not up for debate: Chrissy Teigen and John Legend can create one seriously beautiful child. Have you met their pride and joy, Luna? Here, look at her in this hot dog costume:

See?! Adorable! Now, imagine her face twice, because that’s what the world is about to get, if it doesn’t implode with cuteness first.

Teigen just announced on Instagram that she’s pregnant with baby number two, a new little Legend for the world. She revealed the news via the most Teigen-esque video ever. In it, she points to her belly and asks previously confirmed cutest toddler in the world Luna, “What’s in here?” To which Luna replies, “Bebe!” Chrissy confirms the news when she asks: “Is it a baby?” Yes, yes it is. And if there was any confusion as to who the baby daddy is, she clears things up in her caption: “it’s john's!” Phew!

Teigen has been open about her struggles with infertility in the past, so we’re over the moon (the luna?) for the soon-to-be-foursome. This probably makes up for Teigen's sorrow at not being able to close the Victoria’s Secret Fashion Show.