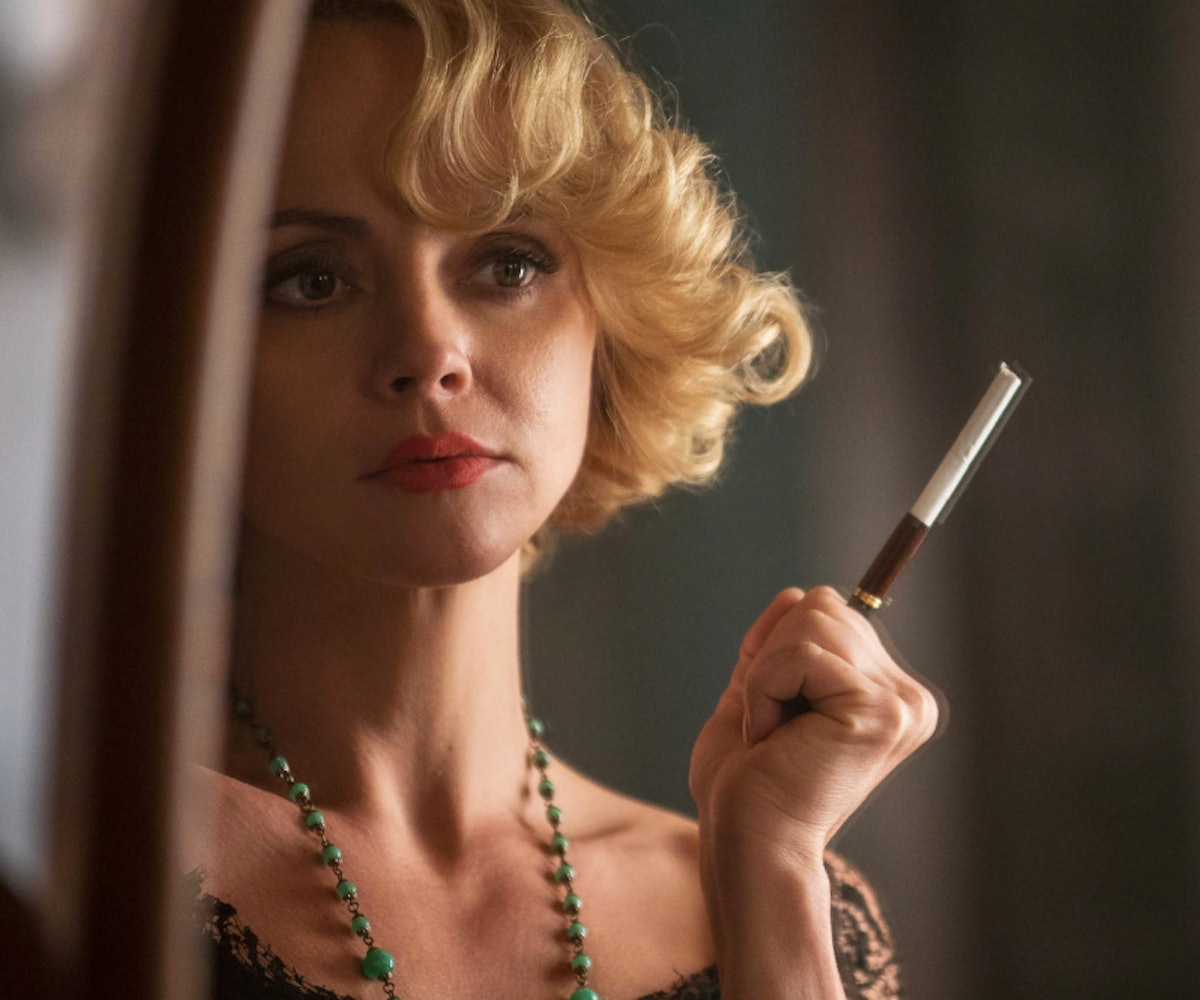 Difficult. Wild. Badly behaved. Tormented. Crazy. These are all words used to describe some of the most creative and inspiring women throughout history; these are also all words used to describe Zelda Sayre Fitzgerald, whose reputation as a Jazz Age icon was surpassed only by her reputation as the troubled wife of The Great Gatsby author F. Scott Fitzgerald, who had more than a few of his own demons to battle. But while history has cast a forgiving eye on Scott, recognizing his many personal issues but refusing to allow them to influence the deservedly glowing appraisal of his work, Zelda is remembered—when she is remembered at all—as little more than a beautiful but, well, batshit crazy muse to her husband, rather than as a complex and talented figure in her own right, one whose skills in the literary—and other—arts were truly remarkable.

Z: The Beginning of Everything, a new series on Amazon, attempts to redress this conception of Zelda, and redeem the type of woman whom our culture has long sought to relegate to the dust bin (or, and in some cases literally, the loony bin) of history. Z takes an intimate look at the lives of Zelda and Scott, and its first season addresses the beginning of their not yet tumultuous relationship and their ascent into the wild world of New York City in the 1920s. As Zelda, Christina Ricci (who also produced the show) offers a nuanced portrayal of a woman who is far too often painted in the broadest of brushstrokes as little more than a "crazy woman." Ricci's sensitive and vibrant imagining of Zelda allows audiences to better understand why Zelda was such an entrancing figure in the lives of pretty much everyone who ever met her.

Recently, I sat down with Ricci to talk about how she developed this project, which New York City '70s music legend reminds her of Zelda, and what it means when we call a brilliant woman crazy.

Tell me about the beginning of this project.

The book, Z, a Zelda Fitzgerald novel by Therese Fowler was on some list—a bestseller list or must-read list—in a magazine; so I downloaded it and read it and I loved it. But, you know, I find a few worlds kind of intimidating. One was the world that Patti Smith writes about in Just Kids, and then this [Jazz Age literary] world is the same kind of thing for me; this, like, very romanticized, literati-filled, mythical, legendary world. And so what I loved about it was the idea that, again, like in Just Kids, there's this person in the middle of it telling you about it in a very honest, kind of relatable, pragmatic, human way. So that's what I found really fascinating about it. So I read it and I was like, "Oh, someone's going to make this into a movie. I know I want to audition for it." But actually, nobody had the rights. So I took it to Pam Koffler at Killer Films, and then we brought it to Amazon.

I heard that once you brought it to Amazon it was actually a really quick process.

It was insane. She and I were both like, "Is this gonna be this easy? What's going on?" It's just that so few projects work out, you know? I've done this with a million things, and it hasn't worked out. This just seamlessly fit in for them.

It was clearly supposed to happen. And I really love that it's an extended series instead of having the whole narrative condensed into, like, a 10 episode run or something. It really lends itself to your comparison with Just Kids, in that there's an intimacy to their story, despite the fact that Zelda and Scott are such iconic figures.

And what's so brilliant about Amazon is that we did pitch it as a miniseries and they said, "No, we want to make it a full series." As an actor, one thing that was great about doing it this way, is that I really felt my character and my performance change as we went through it. I could look back and say, you know, four months ago she was this person when I played her, and now she's this person. And so to be able to track that as an actor is amazing and something you so rarely get to do. I love it because at every phase of your life, you're different, you change, and those subtle changes are something that are much more easily captured in a series than in a one shot TV thing or  movie or something.

Was reading Z your first exposure to Zelda?

Yeah, I didn't really know her. I only knew what other people know about her, you know, the infamy.

Right, the idea of her as this crazy woman.

[Laughs] She was a crazy drunk woman who ruined F. Scott Fitzgerald! That's really what I thought she was.

The legend of the crazy woman is so strong in literary history, whether with Zelda or Sylvia Plath or even Elizabeth Wurtzel. But what I always gathered from reading things when I was younger, like The Bell Jar or Prozac Nation or the Nancy Milford biography, Zelda, is that being labeled a crazy woman usually meant you were a genius.

It's interesting, I think it's so important that we as women understand the consequences that there used to be for other women. I read all those things too, and instead of it making me angry, it made me aware of what it actually means to be a woman in this world and what it used to mean, and it's like a way of placing yourself based on people's experiences. And, you know, women with emotional problems are considered very repugnant by society. You know, we don't like our ladies crazy so much. Or, like, "crazy."

Or even just difficult.

Difficult is another, yeah. So, it's within television and literature that you're able to hear these stories in a safe way and people are able to tell these stories and reveal themselves in a way that allows you to take in the information apart from the judgement of the rest of the world.

There's so many male antiheroes who are portrayed especially beautifully in television series, and while I wouldn't even call Zelda an antihero, exactly, I think it's so important to rehabilitate the image that society has of this kind of woman, and of Zelda in particular. And also, it feels like a really great time to be showing what happens to women when they're not allowed to fulfill themselves creatively and artistically and how that works within a relationship.

What's important about showing how [Scott] took a lot of her writing and then she wasn't able to publish a lot of things, and by showing the kind of marriage they had—it's not to malign anyone or to be unfair or place blame, but it's a way of saying, "Oh, you heard that she had a nervous breakdown? Well, here's why." Because, how would you feel if this happened to you? It's a way of humanizing, really, somebody who's been so dismissed. I want people to walk away and love her. I want people to just feel like they love her and I wish they could spend time with her and have empathy for her when the terrible things happen. I would like for her to be cherished the same way that he is.