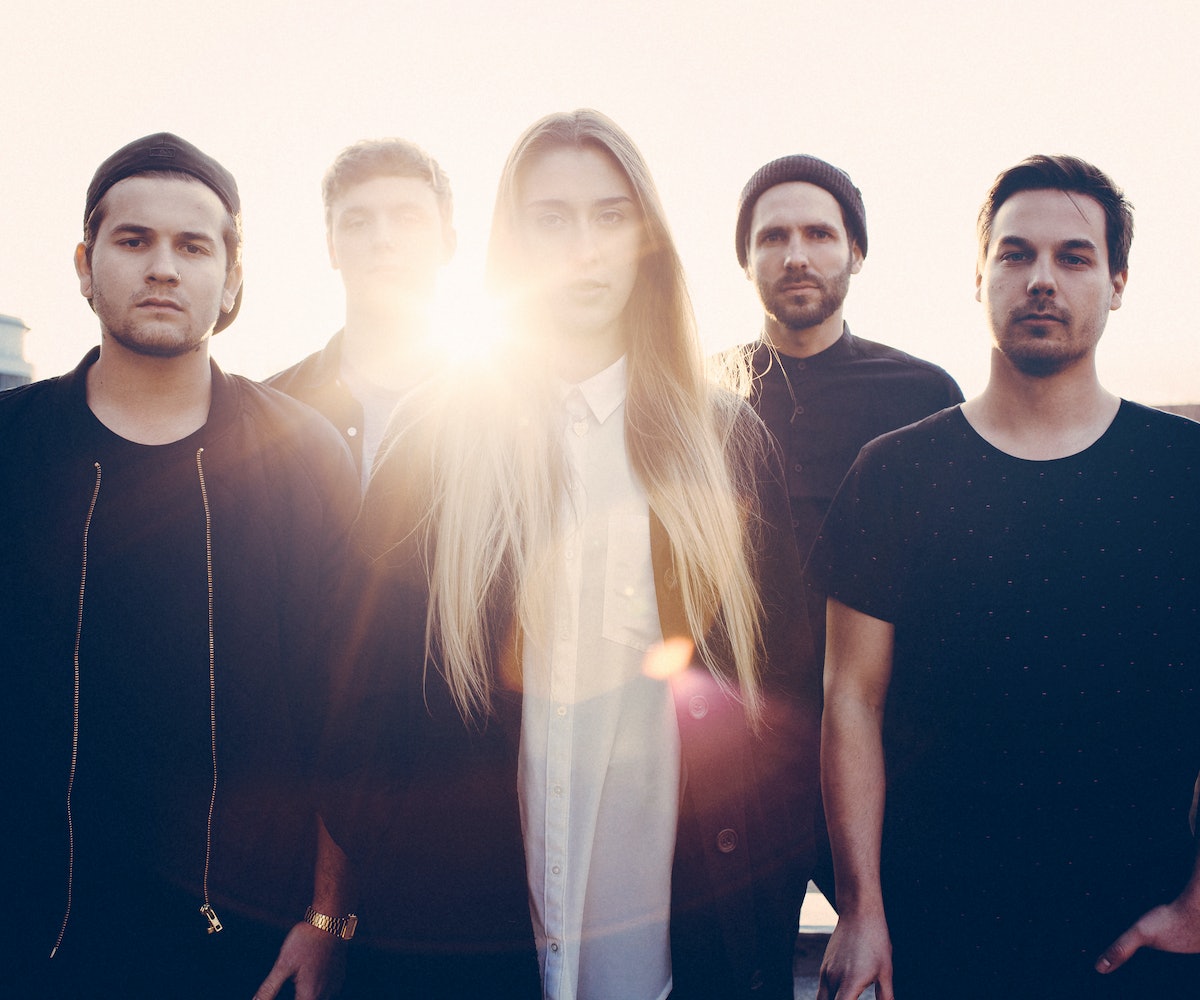 Not be all, "we totally called it" or anything, but in the case of Clarie, it's true. The German five-piece first crossed our radar last year, landed smack dab in the pages of NYLON soon after, and we've had these guys on repeat ever since. Thanks to lead singer Josie Claire Burkle's crisp, cool vocals, some slick production, and an earwormy quality that nobody can deny, this band is destined for massive stadium-style stardom.

With a handful of shimmery synth-pop gems under their belt already (see "Games" and "Broken Promise Land" as a refresher), the group is about to unload even more ear candy upon the world in their debut album, The Great Escape. The LP is coming your way June 24, just in time for BBQs and beach days and late night dance-athons. But even before that goes down, get a taste of summer early with their brand new single "My Audacity."

Out Monday, the track is a mishmash of everything that Claire does best: glitchy futuristic beats, magic pop sensibility, and a glimmering chorus that glides right into your brain and stays there. (Definitely not a bad thing!). Listen to our exclusive premiere below and get ready to daydream your Friday away.

See the album artwork in the gallery, and click here for more Claire!