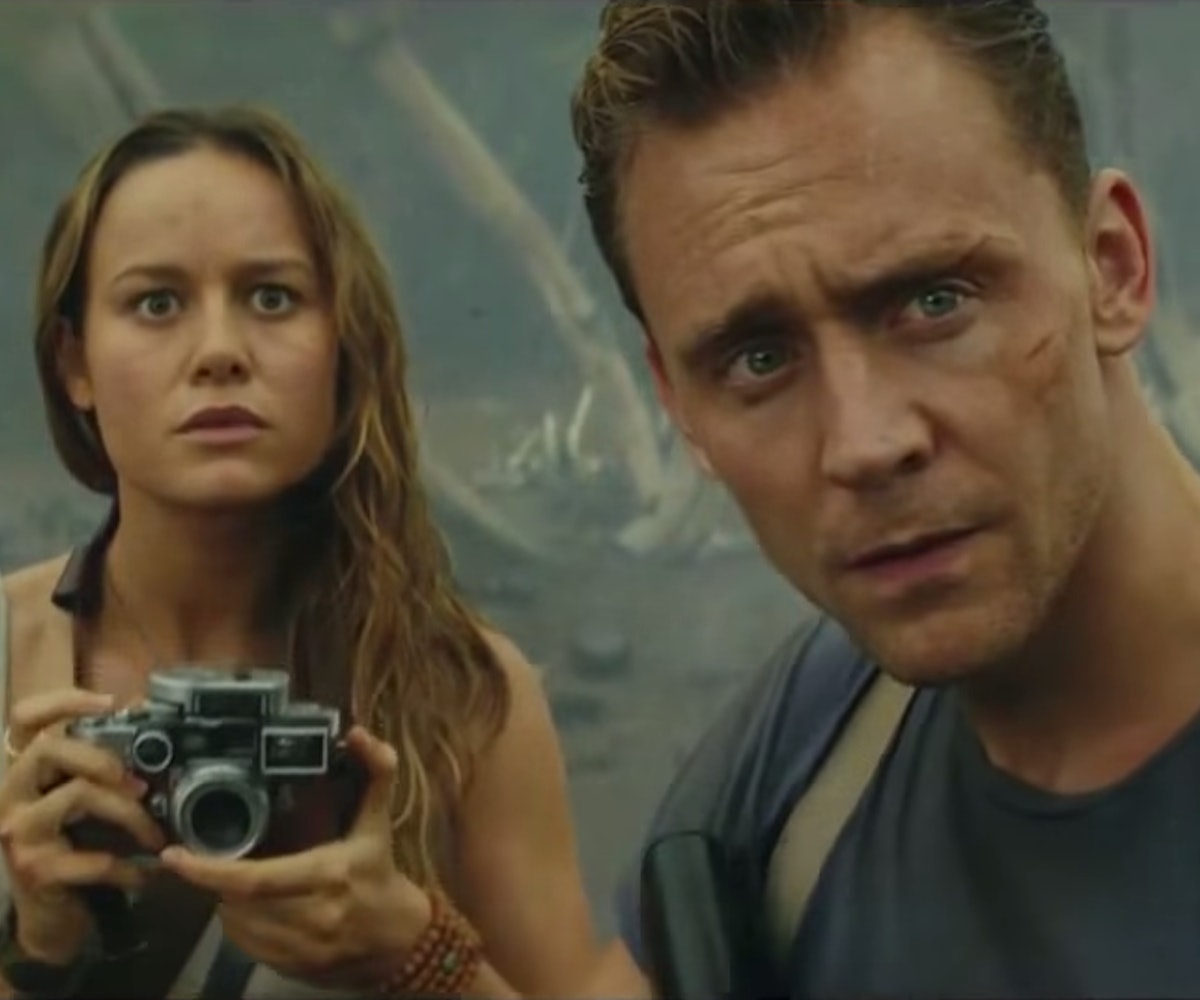 Comic-Con descended on San Diego over the weekend, which meant that the internet was flooded with trailers for some of the most anticipated movies on the horizon. Marvel and DC each did their part to assure the world that the superhero genre is alive and well, and some non-comic-book-based blockbusters (there is such a thing, believe it or not) got audiences in Hall H foaming at the mouth with excitement. Here's a round-up of some of the most buzzed about trailers from this year's Comic-Con.

Tom Hiddleston and Brie Larson (who was also officially announced as Captain Marvel over the weekend) lead an expedition of character actors to the mysterious Skull Island, where they'll encounter the titular giant ape. Much like last year's Godzilla remake, this trailer emphasizes King Kong's unthinkable size, and keeps him mostly hidden until a final, terrifying shot.

No one expected a trailer for this superhero team-up, given that it only began shooting a couple of weeks ago, but WB is eager to get the bad taste of Batman v Superman out of people's mouths. And this first look at next year's Zack Snyder-directed blockbuster did just that, emphasizing a lighter tone as Ben Affleck's Bruce Wayne tries to recruit a team of "metahumans" to help him defeat a greater evil. As expected, Ezra Miller's The Flash steals the show.

Marvel kept well-received teases for its upcoming Spider-man movie and Guardians of the Galaxy sequel off the web, but they did drop a new look at this November's Doctor Strange, which transforms Benedict Cumberbatch into a cape-wearing manipulator of all things real. The tone is solemn and severe, untiil the very end, when Chiwetel Ejiofor's character makes a crack about wifi and reminds you that the Marvel Cinematic Universe never takes itself too seriously.

King Arthur: Legend of the Sword

What would it look like if Guy Ritchie put his hyper-stylized spin on the King Arthur legend? The answer is batshit crazy. It would look batshit crazy.

With a release date that's only ten days away, Warner Bros. did not need to put out yet another trailer for a movie that pretty much everyone already wants to see. Now they're just showing off, and rightfully so.

The biggest surprise at Comic-Con came when it was revealed that the horror movie The Woods was actually a covert sequel to The Blair Witch Project. To prove it, Lionsgate revealed a fully-formed trailer for the horror flick, which sees another group of young people heading into the cursed woods of Burkittsville, Maryland, to try and discover the truth behind what went down there so many years ago. Things do not go well.

You might have already seen this, but that's no reason not to watch it again.