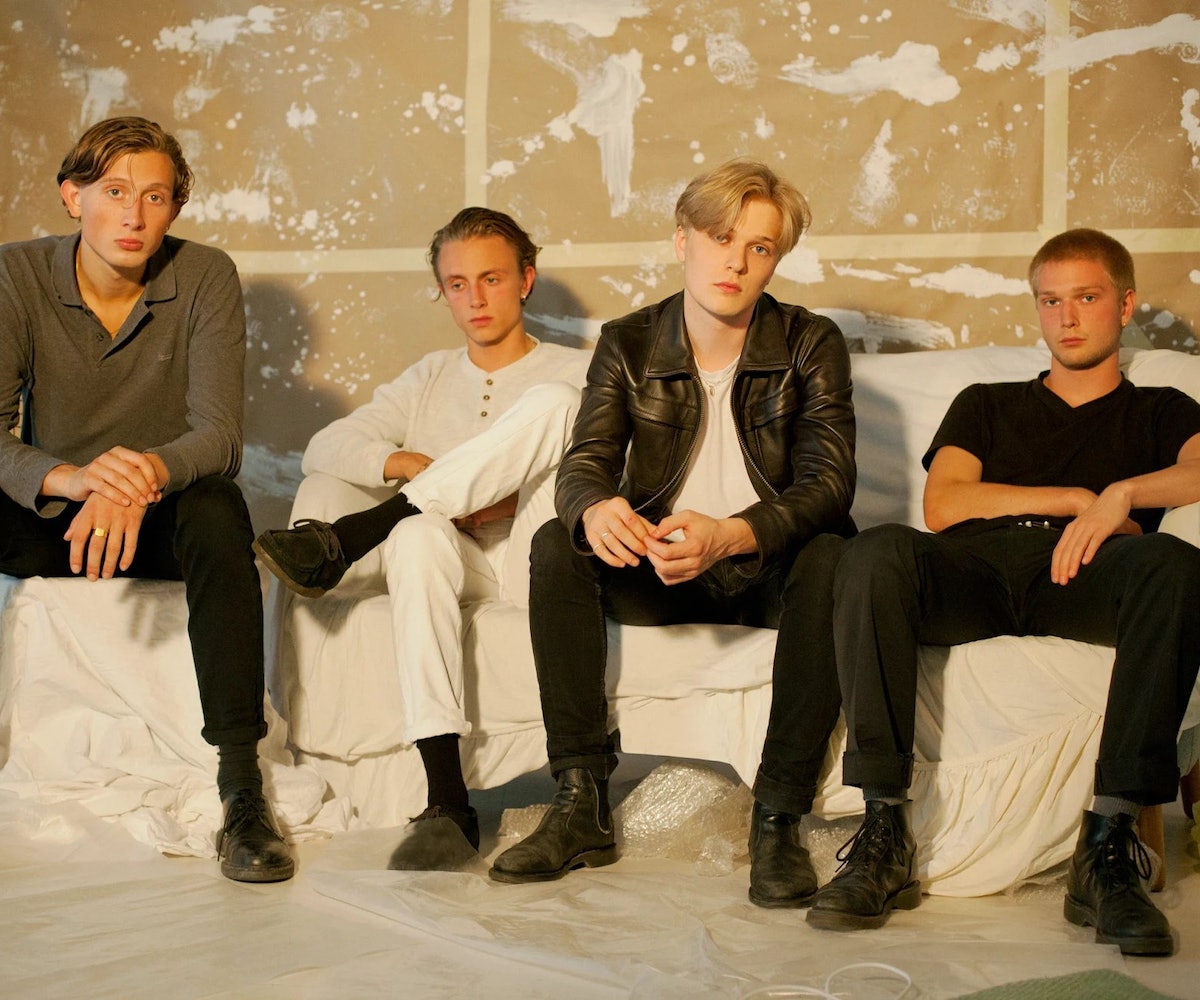 There are a lot of charming things about Copenhagen, and Martin Rehof, Mads Rehof, Jacob van Deurs Formann, and Frederik Lind Köppen are just further proof. Together, the four make up the alternative/indie rock band Communions. The quartet met in high school but was soon separated by thousands of miles when the Rehof brothers moved with their family to Seattle, Washington. Eventually, in 2014, they were all reunited and started creating music; their debut album Blue reaches fans today.

On this album, the boys leave behind some of the broody tones presented on previous releases. The 11 new tracks bring forth a certain level of maturity without losing their youthful exaggerations and optimism. Martin's voice rings clear over melodic guitar riffs, with Mads' bass adding a certain warmth to each track. Blue shows a sense of yearning through the lyrics, searching and navigating through tough situations. Yet, the upbeat pop feel and experimentation with the genre keeps the mood from falling into any sort of lull.

Beat the wintery blues and stream Blue as Communions takes us track by track, below.

Communions' lyrics are usually a juxtaposition of different states of mind, more based on immediate impressions, rather than cohesive narratives. Also, when writing, the melody is usually what comes first, and in that way, many times certain lyrics kind of manifest themselves subconsciously. "Come On, I’m Waiting" is a good example of that. There are different feelings conflicting with each other and playing off one another. The song is both an expression of freedom and liberation, while also being one of alienation and claustrophobia. It’s about waiting for an escape from the ambivalent ups and downs of everyday life into an altogether different form of clarity. The line “turn me into blue” also invokes the album title, Blue, which for me, not only bears associations with a kind of clarity but also with the inherent ethereal atmosphere or quality that we feel some of the songs have.

"Today" is about seeing the end of things before they even begin, which, most of the time, leads you to a stasis. We're sure a lot of people are familiar with the feeling of overanalyzing a relationship to the point that nothing has the ability to surprise you anymore. In a way, we guess the song is about the passivity of thinking too much, about wishing there was a way to transcend anxieties about the future and so on, and just live.

Like some of the titles suggest—"Today," "Eternity," and "Alarm Clocks," for instance—the passage of time is a theme that runs through many of the songs. We rarely write from solely our own perspective, but the song is about time running out, and about being preoccupied with all the wrong things. It’s also about not knowing what you want. Or once you get what you think you want, you find out that it’s really something else you should have been paying attention to all along.

With this one, we wanted to make something really simple and straightforward. "She’s A Myth" is a love song, but where the feelings aren’t necessarily mutual. In fact, the song is more concerned with dreams. Or rather, it deals with being fascinated with a someone, and the way that, that fascination seeps into considerations that are greater than oneself.

The rhythms on this song are quite different from anything we’ve done before. We wanted to make something that had more of a groove than a pounding rhythm. The lyrics deal with a strange mixture of nightlife and insomnia, inspired by the superficiality of nightlife and the excessive thoughts that run through your mind before falling asleep.

This song kind of sticks out on the record, not only because it is longer but also because some of the rhythms and riffs are, to a certain degree, almost blues-inspired. I think the song has a liberating and decadent aura to it. The lyrics to this song were inspired by our drummer, who, when he was younger, tended to live a very hedonistic lifestyle, at least compared to some. It’s also his favorite song from the record. Coincidence?

"Don’t Hold Anything Back"

We kind of took a chance with the intro, incorporating bongos and so on. But I think it works. In terms of the sound, it has a unique blend of warmth and melancholy. It’s brooding while being life-affirming, in its message, at the same time.

This song is inspired by being broke and owing money. We kind of imagined a scenario of what it must be like being in total debt to one’s girlfriend. This one, along with "Got To Be Free," has a more hard-edged essence and offers a nice contrast to the more strictly pop-influenced songs on the record.

"It’s Like Air" centers around a boy-girl relationship but is more about opening up to the world and transcending a kind of solipsism.

"Eternity" can be thought of as life repeating itself endlessly, much like Nietzsche’s eternal recurrence; the song sort of parodies that way of thinking. "Eternity" can be thought of as an escape from, or end to, time altogether—a sort of timelessness. It’s from that perspective that the song takes its point of departure and kind of plays with those two ways of seeing the world.

This song also sticks out on the record, in the sense that it almost feels like a ballad, at least the verses. It seemed like the right song to end the record, both in terms of its grandeur and mantra: start over.