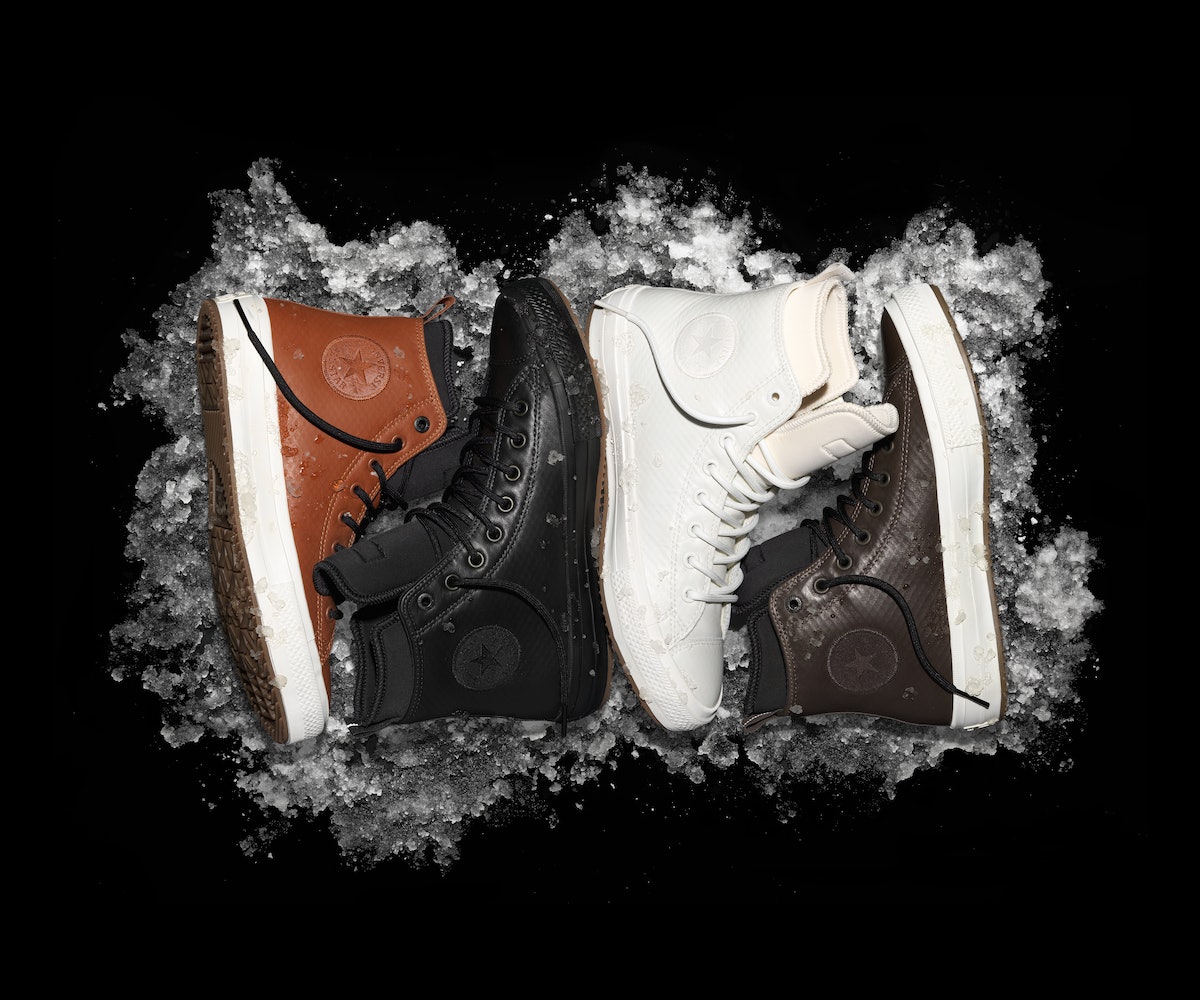 Usually, when it comes to your winter weather footwear choices, you have one of two options: ruining your favorite pair of shoes and ending up with soaked, frozen feet or buying a clunky, heavy waterproof winter boot that, frankly, just isn’t very cute. There’s typically a void of stylish and functional—and completely waterproof—winter boots.

After designers from Converse witnessed a roadie loading equipment into a van while standing in an ice puddle in regular canvas Chucks (and looking pretty miserable at that), they realized the need for a functional winter boot that still resembles your everyday go-to. That’s when Bryan Cioffi, VP and creative director of global footwear at Converse, and Sam Smallidge, Converse archivist, joined forces.

Though you may not see them around today, Converse was known for carrying an array of waterproof winter boots for more than half of their almost-century-old heritage. Drawing inspiration everywhere—from the brand’s vintage boot styles of the 1920s to the special footwear that surfers wear during the winter—the two and their team developed an updated, modern design that still stays true to the brand’s roots: the Chuck Taylor All Star II Boot.

Made in premium, mesh-backed waterproof leather and boasting a waterproof neoprene inner lining as well as a 360-degree heat barrier, these boots will keep your precious piggies warm and dry should you find yourself trudging through an icy downpour this winter. The weatherized gum outsole with deeper grooves also improves traction, so you have extra protection against slips and falls while trying to navigate the ice-covered streets.

The best part about them is that they look pretty damn similar to your classic Chuck Taylor All Star. They’re certainly not any clunkier—making them quite the stylish alternative to your average wellie. The new boot comes in four wearable, versatile neutrals: egret, antique sepia, black, and dark chocolate, retailing for $130.

Click through the gallery below to take a closer look at the new style, and be sure to grab yourself a pair before the wrath of winter hits at Converse.com.