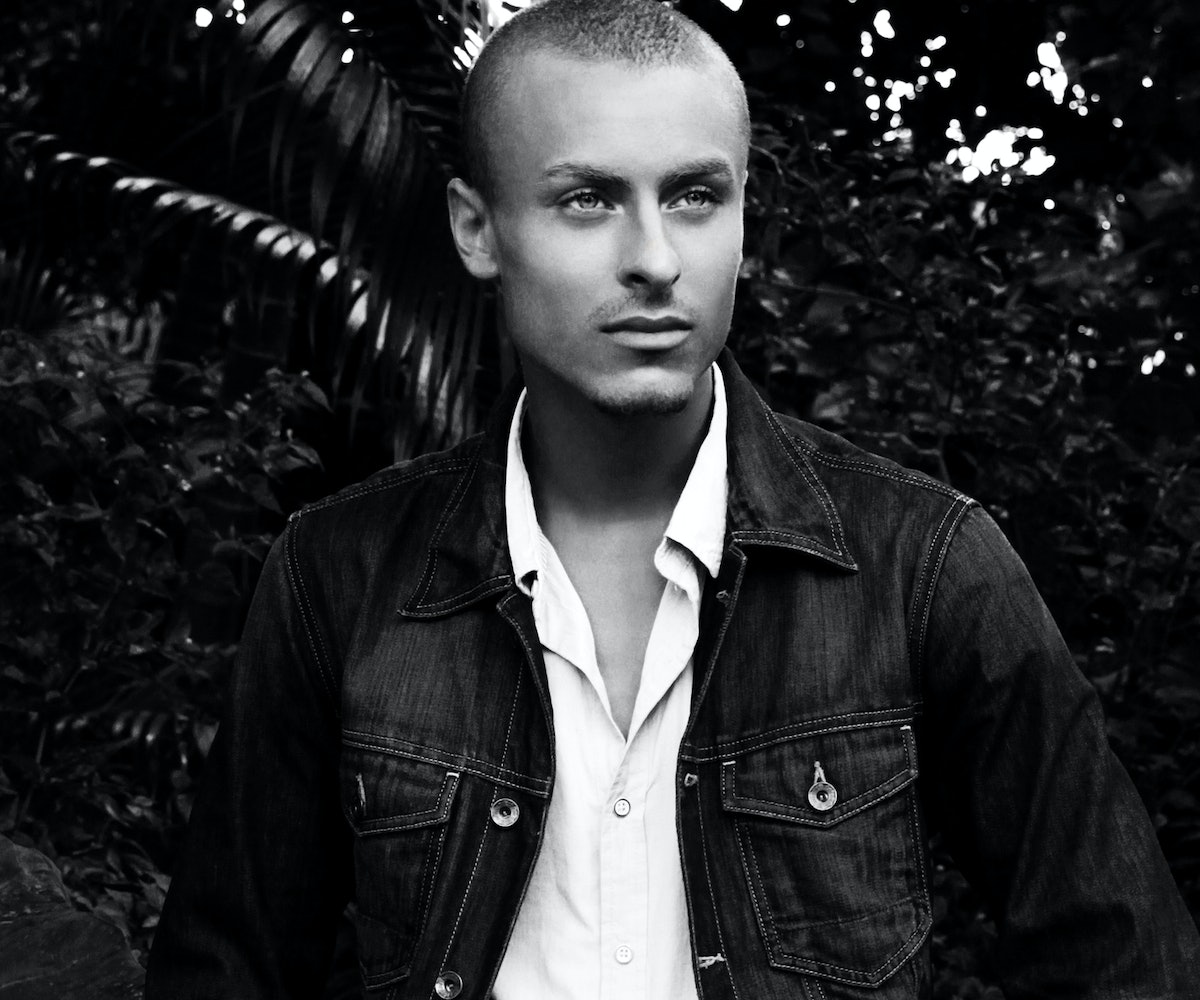 By now, you know that Jourdan took home the title on America's Next Top Model, leaving two of our other favorite contestants, Cory and Marvin, empty handed. We hopped on the phone with each of them to get their take on the competition and see what they've been up to since the finale, so read on for the final installment of ANTM Axed!

First up is Cory, who spoke to us from his apartment in Philadelphia.

Why did you choose to audition for ANTM?

I have been a hardcore America's Next Top Model fan since the beginning. I'd been dying to audition for the show even before they started allowing men to audition. I was contemplating throwing on a wig and just going undercover! I'm so thankful that I didn't have to do that! I saw the mens audition run across the screen in the Cycle 19 finale when they were crowning Laura as the winner and I was like, "Oh my God! This is my time."

As a mega-ANTM fan, is there a model from a previous season who you love?

She was sort of portrayed as one of the villains on the show, but I still really, really liked her--I love Jade [from Cycle 6]. She's actually from Philadelphia as well, and she's is stunning. I love how characterized she was, even though she was completely over-the-top and completely diva, her personality was so great.

What did it feel like when you were selected to be on the show?

Just hearing Tyra Banks' voice call my on the phone was awesome. Someone actually called me beforehand and said that I had to set up video on my iPhone because I was about to get an important phone call. So I quickly gave my phone to my roommate and was like, "You need to film this. I don't know what it is, but film it!" Of course I totally queened out when I heard Tyra's voice.

Which challenge or photoshoot was your favorite?

My favorite shoot was the rice paddy shoot, for sure. That's not even a question. I really loved the environment. It was an exciting opportunity for me to be genuine on a shot, which didn't happen too often on the show. It was sort of a treat for me to get to be a little more androgynous and a little more feminine.

I feel like you got some of the toughest criticism on the show, actually, for being too feminine or not posing masculine enough. How did you deal with that?

It's really most important to stay true to yourself, and that's my message to anyone who is in the industry aspiring to be a model now. It really isn't worth the aggravation to try to mask who you really are. I went through it on the show, and I went through it earlier in my career too because I went to theater school to be an actor. People would always tell me that I needed to put on weight and butch up, and it really screwed with my head and it screwed with the core of my being. I'm really an advocate for free self expression.

Do you feel like there's a double standard between male modeling and female modeling? There were a lot of bodily criticism for the guys, and none for the girls.

There are so many double standards. It's OK for a woman to appear androgynous, but if a man appears androgynous then it's like, "Whoa!" It's high fashion when two girls are kissing each other in an editorial, but when two boys do it, it's racy. I feel like we are working towards breaking them.

How did you stay focused throughout the competition?

I didn't have any sexual energy that I had to battle with, so that made it a lot easier for me to focus on being fearlessly confident. I think I said it in the first episode, "Anything you do, boo, do it with confidence;" I live by that. I made that my mantra throughout my career.

How did it feel when you found out you were in the top three?

I lost my shit, and forgive me for cursing! That elimination I was such a wreck, honestly.

Next up is Marvin, who made it to the top two:

Why did you choose to audition for America's Next Top Model?

Were you excited when you found out that you were going to be on the show?

I was extremely shocked when I got that phone call. I didn't know how to handle it, I was like, "What do I do now?" Everything worked out perfectly.

When you got to Los Angeles was it what you expected or were you surprised by certain things?

Just living in the house in general was surprising because it was new to me. It was a really cool big house and all these new kinds of people. It was just such an experience interacting with them. It was like when you go into the Army and you meet people from all around the world. It was cool to meet all these people and see their personality versus mine. I didn't expect to get along with everybody but I did.

Which favorite challenge or shoot was your favorite?

My favorite shoot had to be the rice paddy shoot. I had good chemistry with the photographer and with Johnny Wujek at the time, so I felt like we were able to capture something good. My favorite challenge was the fitness challenge because I won, and i got a spa trip after.

What was the coolest part of getting to travel to Bali?

At that time, it was the freedom. In the competition we were surrounded by cameras all the time, but while traveling to the destination we weren't mic'ed and the cameras weren't on us, so we could breathe for a second and just be humans and not competitors. We all got to hang out in the airport and on the plane.

What was going through your head when you made it to the final three?

By the time I made the final three I was more acceptant of going home, winning, or placing second. I already had accomplished what I wanted, which was to be a finalist, and so I knew it was all up to my work. Going home second I was extremely proud of myself because I beat out Cory, and he was an extraordinary model. I knew for sure that I wasn't oging to win, but I was hoping that they're was a fluke and the point system would be in my favor \.

Why do you think the judges chose Jourdan as the winner?

I think they went with her because they saw that she was more ready and had more experience. She did do better than everyone throughout the competition. For me, I feel like I was I was not a model who they transformed into a model. Throughout the show, Jourdan was really consistent. I think the right person was chosen and I'm not bitter about it.

Are you going to continue modeling now that the show is over?

Was it awkward for you the way the show characterized you as a ladies man?

A ladies man in training, I would say! [laughs] I like the way everything turned out, I wouldn't change anything. It's just funny to watch it because I'm shameless about it. I'm not embarassed about it at all. I'm a completely different person now, because this was shot nine months ago. I have all this new life experience, so I just laugh about it. It's so funny to me how it's edited. It could have been worse, so I'm thanksful that not everything was aired because I would definitely be in trouble. For the most part, I'm really happy about the way everyone was portrayed.