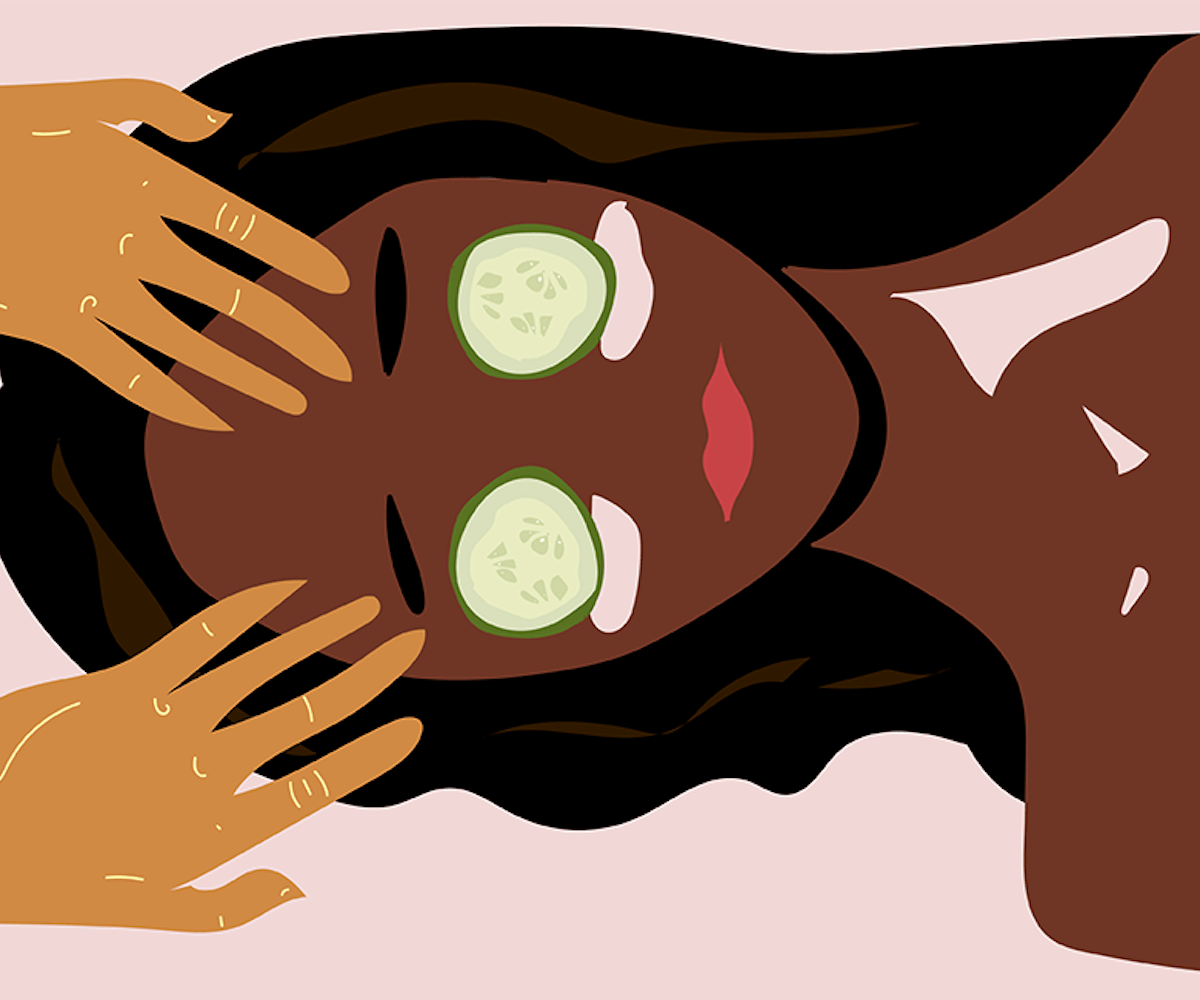 I’ve suffered from anxiety for as long as I can remember, but the truly unbearable moments—the panic attacks—didn’t happen very often for me. For most of my life, one would stir up from time to time if I was feeling particularly stressed, but, for the most part, I could go months, sometimes even years, without having a single episode.

And then, as certain parts of my life began to crumble around me, the attacks came back, and with a vengeance. For the past few months, I’ve been suffering from multiple attacks a week. I had heard a bit about craniosacral therapy and how it can help improve symptoms of anxiety, and after one particularly traumatic subway ride, I decided it was time to give it a shot.

When you first hear the words “craniosacral therapy,” it sounds intense or intimidating... like, a lobotomy or something. But, it’s definitely far from that! In fact, it’s possibly the gentlest bodywork I’ve ever experienced.

The reason why it’s called craniosacral is because there’s a delicate manipulation of the cranial bones and the sacral bone. It’s working with this craniosacral rhythm that the practitioner senses through the cerebral spinal fluid that flows through the fascia. Because fascia is found throughout the body—and, thus, this craniosacral rhythm, touch happens all over the body. It balances the autonomic nervous system, allowing for a deep relaxation which allows the receiver to function better.

I met Newmeyer at Maha Rose for my very first session, excited to see what relief it may bring me. After we sat down and chatted to go over my symptoms and a bit about my past traumas, I went to lie down on the bed and got ready to begin.

The session began by Newmeyer putting the lightest amount of pressure on my toes, working her way up my feet, my legs, and eventually my whole body up to my head. Aside from slight movement under my sacrum and my legs being slightly lifted at one point, I could barely tell that anything was going on.

Throughout the hour, I felt my body relax and lighten; at one point, I almost drifted off to sleep. There were a couple moments where I felt my body jerk, which Newmeyer later confirmed were energy releases, as my body let go of its reserves of tension.

As the session came to a close and I slowly began to pick my head up, I noticed a very significant difference. The tightness and tension that I tend to keep in my chest was gone. I felt relief. Even as thoughts began to flood my mind as soon as I stepped out of Maha Rose to head home, I felt like I was approaching them in a much more chilled-out manner.

While I haven’t yet gone back for my second session, I am definitely going—and I can't wait. Newmeyer suggests that all new users go for at least a couple of sessions, spacing each one out by a week to 10 days. This way, you’ll be able to understand how it affects your body, and if the therapy is having a positive effect on your anxiety levels.

Now, while I definitely did notice a huge difference, this isn't an automatic cure for all anxiety; I found myself full of anxious energy just a few days after my treatment due to some unforeseen circumstances. Still, I feel that my experience with craniosacral therapy allowed me to approach those events with a much healthier mindset. As Newmeyer explains, simply knowing that state of mind is available to us is healing on its own. It’s something that we’ve experienced and felt within our own bodies, which means we can get there again—and that’s a valuable tool within itself.

NEXT UP
Beauty
15 Gifts For Your Friend Who’s Going Through A Pre-Holiday Season Breakup
Culture
Not One, But Two BTS Documentaries Are Coming
Culture
NYLON Party Report Card: Partying With The Stars & 94 Foot Long Whale At The Natural History Museum Gala
Culture
10 Luxurious Gifts For Your Bougiest Friend