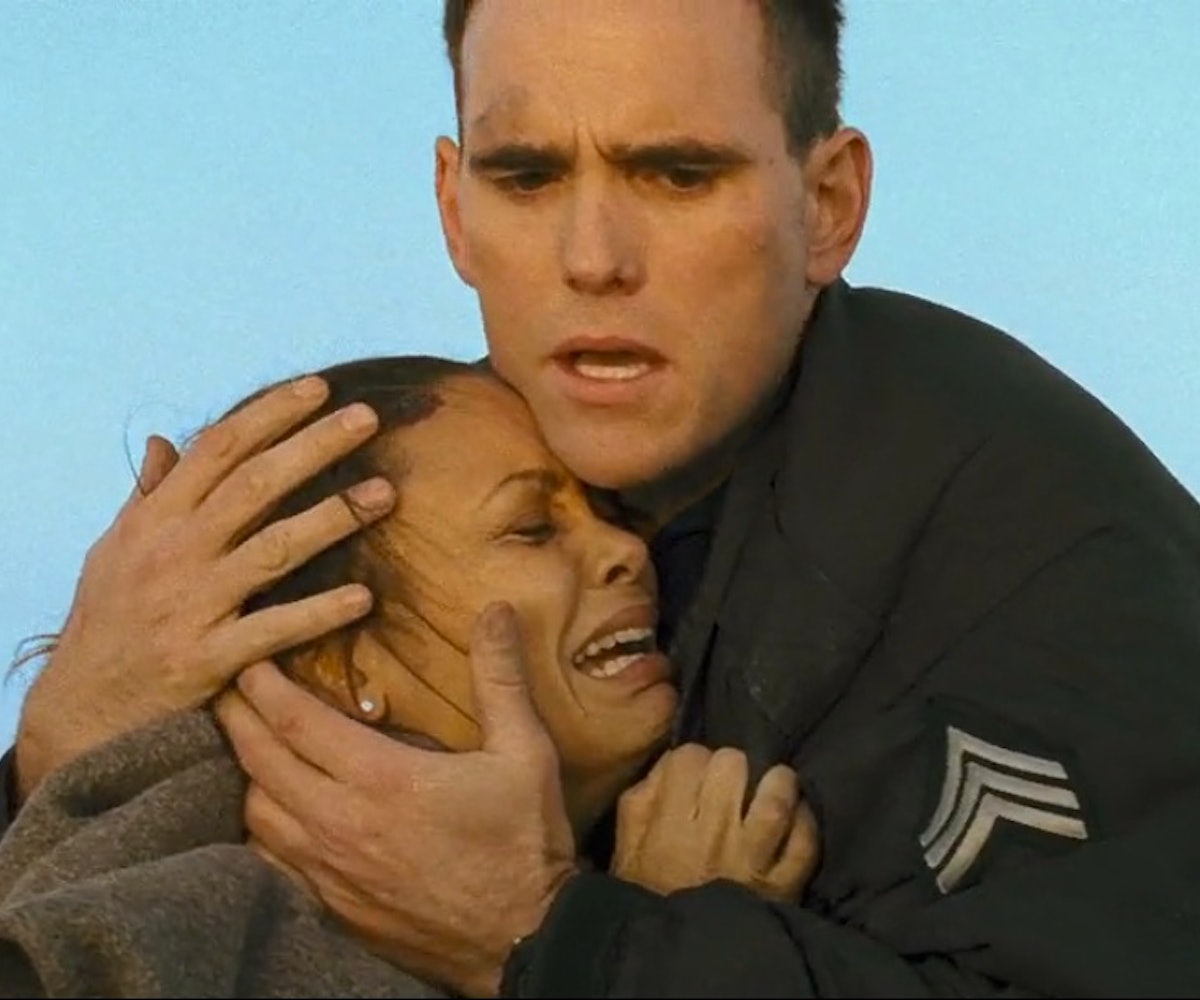 Ten years ago, the Oscars got weird. Crash won Best Picture over Brokeback Mountain, and effectively incited a decade of confusion, controversy, and choruses of “huh?” that still resonate today.

Which is more than reasonable. In 2006, Brokeback Mountain was a revelation—especially since LGBTQ movies had been consistently overlooked by the Academy with only recent nominees reflecting its (very) slowly evolving state of mind. (There are of course exceptions, like Hilary Swank’s 2000 Best Actress win for Boys Don’t Cry.) But 11 years back, director Ang Lee took a risk and explored the complexities of love and sexuality through the story of two male ranchers who lived in Wyoming in the '60 and '70s. Actors Jake Gyllenhaal and Heath Ledger used their performances to paint the realities of being bisexual and gay in an era and environment where it was dangerous, therefore reminding viewers of how damaging and life-destroying homophobia and intolerance is, even now. The movie was critically acclaimed, publicly hailed, and sparked important discussions about equality and human rights.

Which is what I’m sure Crash was also trying to do. It just didn’t go so well.

Since winning Best Picture over Brokeback, Crash has been touted as “The Most Loathsome Best Picture Of Them All”, the worst movie of the decade, and even the “white guilt manipulation-a-thon.” Revolving around a slew of intertwining story lines that tackle racism in Los Angeles, the Paul Haggis-directed drama was criticized for its heavy-handed approach to the topic and lack of general humanness. In the words of Ta-Nehisi Coates, “I don’t think there’s a single human being in Crash. Instead, you have arguments and propaganda violently bumping into each other, impressed with their own quirkiness.” Which is to say that Crash is the movie equivalent of someone spewing liberal rhetoric without actually learning about what they’re saying or why. Which might explain why Academy members have since voted Brokeback as Best Picture, or why Haggis himself admits it wasn’t the best picture of the year.

And that’s a bummer, especially since Crash could’ve been a smart, interesting way of addressing racism—and then, well, wasn’t at all.

But even more disappointing, was the Academy’s choice to anoint it Best Picture in general. As Marc Bernardin pointed out this past January (in the wake of the second year of all-white nominations) the Academy tends to award its trophies to movies about black characters who are struggling, or are historical or super-exemplary as if those are the only types of movies worthy of recognition. (Meanwhile, white characters get nominations for stories about mops.) So, Crash just read like Academy lip service—like a veil worn to conceal their obvious issue with actors and artists of color. Ultimately, awarding it Best Picture just sent the message that the Academy is comfortable talking about racism—but only if it’s packaged in a hollow way.

And that disappointment only increases when you think of what awarding Brokeback Mountain with Best Picture could’ve done. I mean, sure, we know it deserved the win (which is why we’re still talking about it as a culturally relevant movie, 11 years after it came out,) but the Academy’s stamp of approval would’ve sent the message that they recognize the need for more LGBTQ stories, as well as that they support the filmmakers telling them.

So to recap, the Oscars 2006 were kind of the worst. Not only was an excellent, important movie left out in the cold, but a movie that tragically missed the mark on the one subject it should’ve dutifully explored won Best Picture.