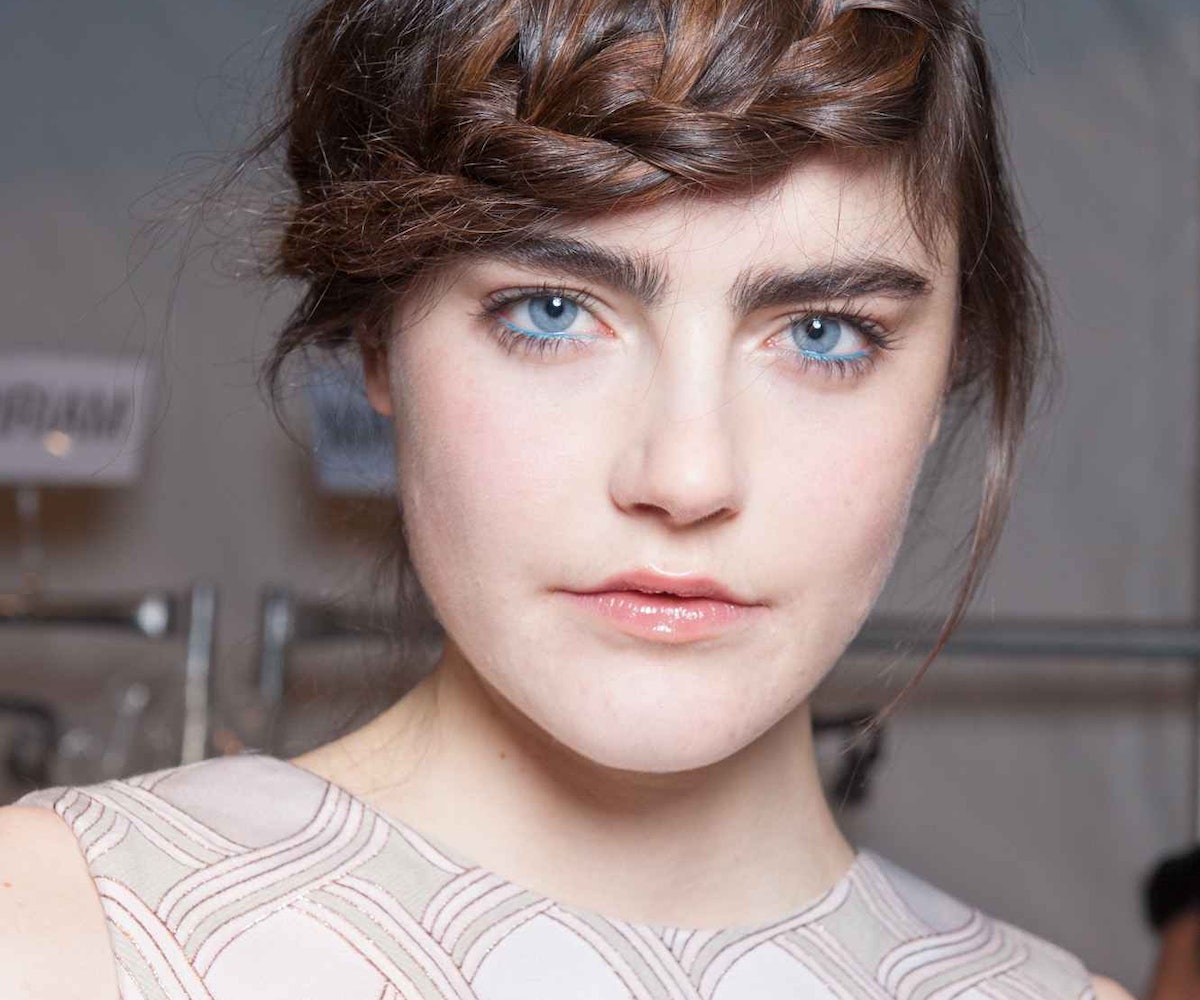 Considering I’ve covered beauty backstage at Creatures of the Wind with NYLON for the past three seasons, I think it’s pretty safe to say I know what exactly what kind of girl Shane Gabier & Christopher Peters (COTW designers) love: strange, mysterious, and ethereal.

This season was no exception. The makeup, by NARS Lead Artist James Boehmer, was delicate with a strategic pop of color under the eyes. "The collection this season is about transcendence--moving from the earthly realm into the light," Boehmer told. “We wanted the makeup to reflect a sense of purity and illumination, so we focused on gleaming, luminous skin and a metallic blue liner on the inside of the eye to light the eyes from within.”

on the face, the girls were perfectly dewy and fresh-faced. Creating what Boehmer described as "Sharon Tate feathered lashes" with

--applied on both the top and bottom lashes, and then followed with

on the lower waterline. Boehmer “warmed up the lips” with a Mauritanie Matte Multiple (out Fall 2014, but a good dupe is Na Pali Coast Multiple) and

, then shaped the brows using

through, and then applied

at the roots and blow-dried hair with her hands. Once hair was dry, she dispersed

for added softness and shine, followed by

for major texture—an important part of the “messy” and “lived-in” braids. Starting at the part, she created a large braid that swoops down around the face going towards the back right side of the head, spraying with

for fullness, and then continued braiding with the rest of the length so the braid sits at the back of the head, securing with a clear elastic. Using her fingers to lightly rough up the front of the braid and the top of the head for an undone look, she then sprayed with more Laque Dentelle to keep the style in pace. (Viola!)

I’m so proud to call Butter London Ambassador Katie Jane Hughes my friend--she is a total creative genius, and the nails she created this season for COTW are no exception: Water marble nude nails. Backstage she had a pot of water, various Butter London polishes, and a wooden stick, and performed what I lovingly call the weirdest experiment ever. Sporadically pouring one polish over another over another into water, mixing and forming shapes within them, she secured the nail on the end of the stick and began dipping it in--forming the water marble effect--like magic! (Literally.)

So: Will you be trying out your very own water marble nail experiment? Rocking blue liner? Or whipping up an awesome braid? I know I will.