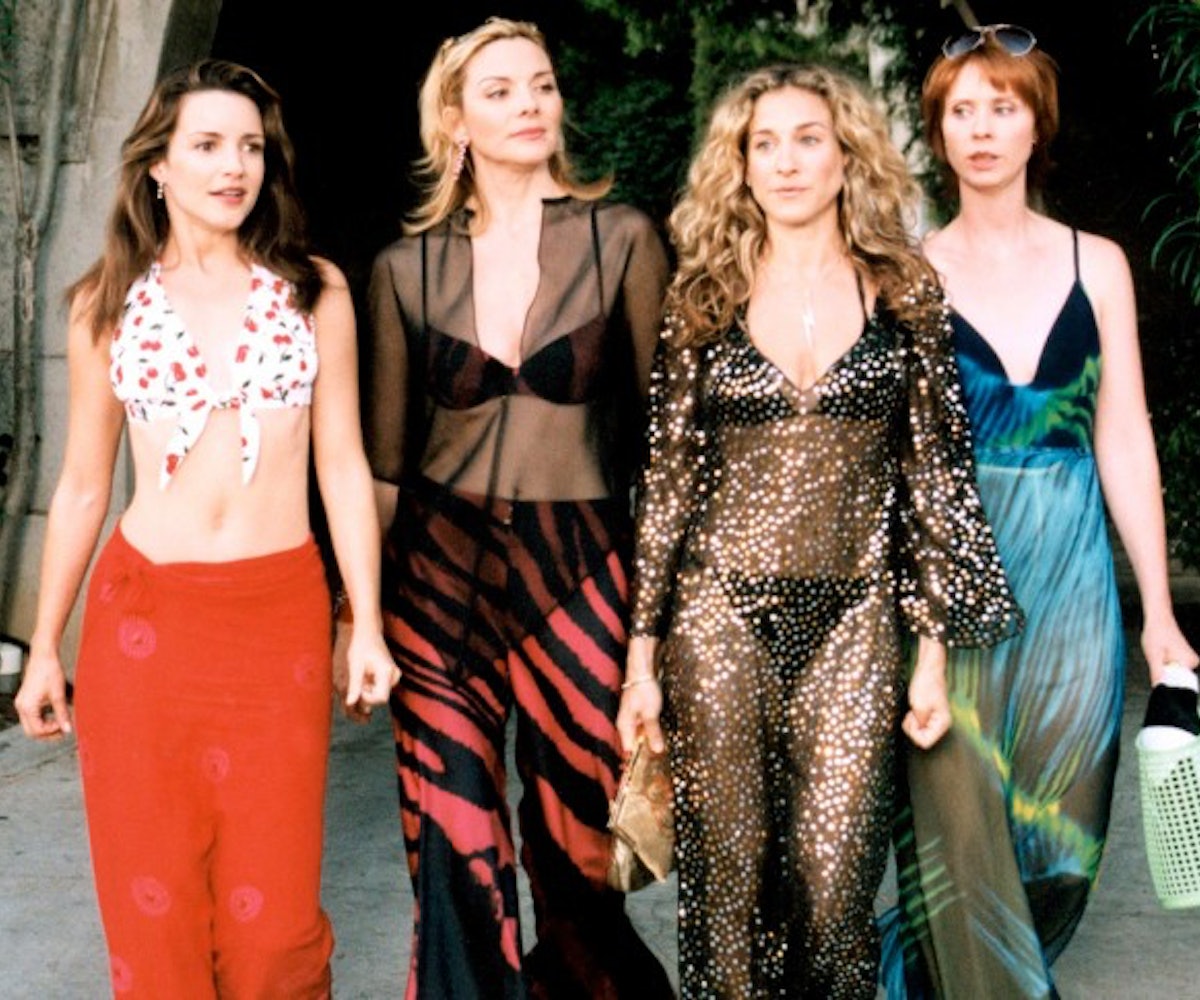 As someone who didn't experience Sex and the City in real-time, but rather through sporadic reruns years later, I never quite understood the mania surrounding the show. Sure, it was entertaining and an adequate reference for what it was like during the late '90s and early '00s, but it didn't seem overly innovative or provocative. But now, looking back, SATC undoubtedly worked to extinguish harmful gender stereotypes and brought the idea of the "modern woman" to a wider, more mainstream audience: It showed women who had sex, careers, and strong friendships, and most importantly, it showed women who weren't concerned with becoming housewives. In a NeueHouse discussion with A.M. Homes, Margo Jefferson, and ELLE Editor-in-Chief Robbie Myers, actress Cynthia Nixon, who played Miranda on the show, addressed exactly how Sex and the City changed perspectives with feminist ideals.

"At the time that Sex and the City was out, there was a lot of very heated and interesting debate about the show and about whether the show was feminist or not," Nixon said. "To all of us making the show, there was no doubt that the show was feminist. But...people think that if women are wearing a certain type of clothing, particularly with high heels, that ipso facto they're not interested in anything else. And that's just not [true]."

NEXT UP
Astrology
Your February 2023 Horoscope Is A Breath Of Fresh Air
culture
Anna Delvey Is Getting A Reality TV Show
Beauty
This Hailey Bieber-Approved Blush Now Comes In 4 New Shades
Beauty
Meet Naezrah, The Abstract Makeup Artist Behind SZA’s Coolest Looks