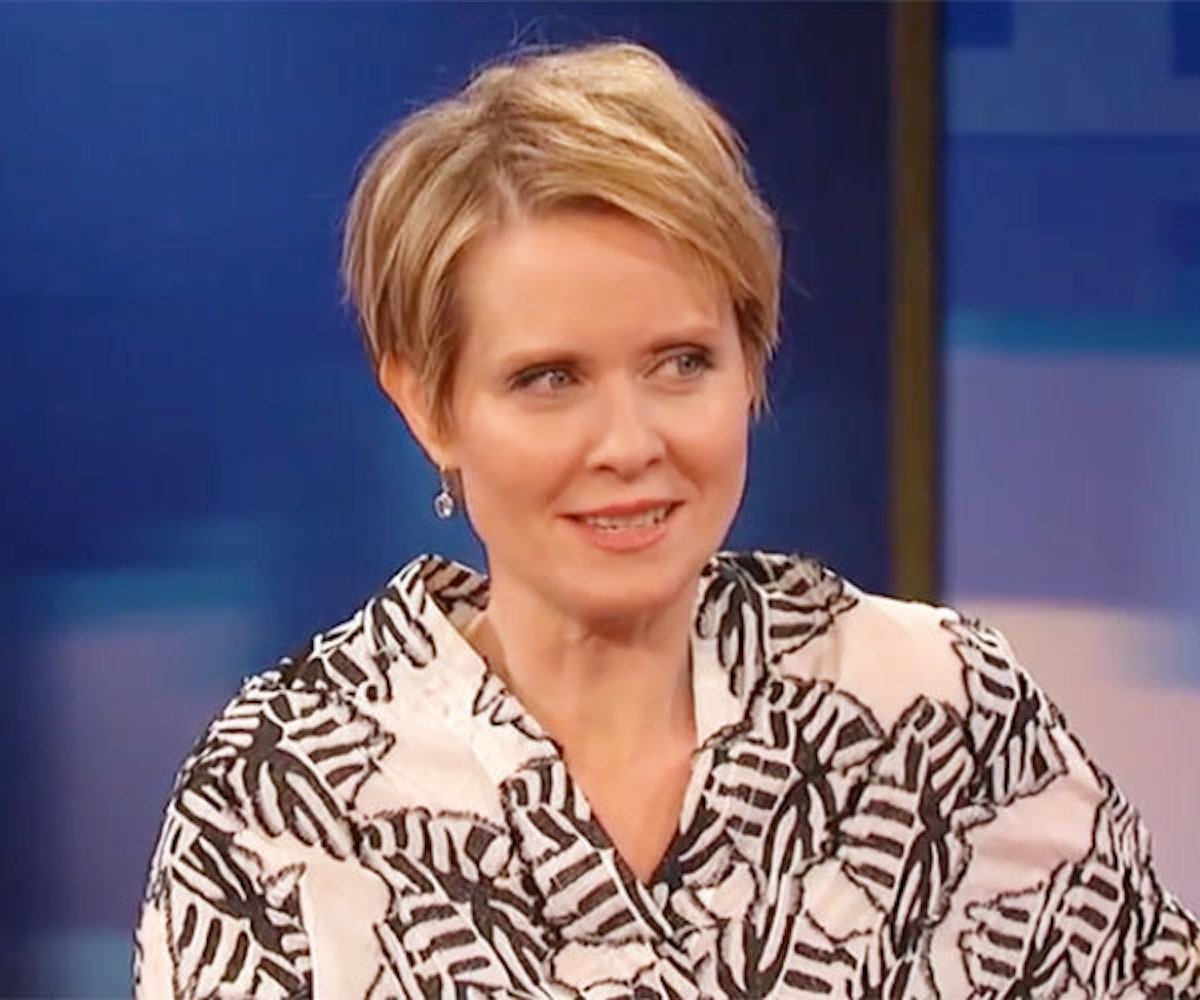 In her first national television appearance as the gubernatorial candidate for New York, Cynthia Nixon makes a strong case for her run.

Nixon's first stop is The Wendy Williams Show, an unsurprising choice given that Williams' viewership is "a large and crucial part of the electorate, and her show reaches all corners of the state," Nixon's spokesperson tells Vanity Fair. It also puts Nixon and her message front and center with Williams' largely black female audience. "Black women, for a long time and never more, I think, visibly than nowadays, they are the cornerstone, they are the backbone of the Democratic Party," Nixon tells Williams, adding that black women show up in ways white women don't. She stresses how important their vote is, saying, "Black women are going to stop showing up for the Democratic Party if the Democratic Party doesn’t show up for them."

This outspokenness isn't new for Nixon, who's been advocating for New York's public school funding for years. It took the election of Donald Trump to fuel her to run, though. "I have to say, for me, the election of Donald Trump was a real wake-up call—as it was a wake-up call for women across the country—that if we don't like the direction our country is going in, we have to step up and we have to get involved like never before."

Nixon's Williams Show appearance highlights how much influence we, as citizens of various states, have on our government. If we want to make serious changes in Washington, D.C., we have to show up for our local and state elections. "We're letting California have all the glory, and Washington and Oregon and Minnesota," Nixon says. "There is so much more we can do to really be an alternative to Donald Trump—not just rhetorically but with policy, to really protect our people and to say, 'That's not the way our country should be going. Look at what we're doing in New York.'"

Such policies include amending New York State's gun laws, which Nixon says are good but need to be better. When Williams brings up Stephon Clark, an unarmed black man who was shot and killed by police in Sacramento in March, Nixon says there have to be new policies that protect citizens and hold gun-carrying officers accountable. "I think it is a black man thing," she says. "Too often, our elected leaders, they will talk about killings when it a lot of children in a school, but when it's black men of color who are being shot by the police, and they're unarmed... if we're going to say black lives matter, we have to mean it, and we have to implement things."

When Williams asks Nixon what her stance on legalizing marijuana is, Nixon responds with a resounding "I am absolutely for it." And if there are doubts about Nixon's experience because she's a celebrity, she's quick to point out that New York's current governor, Andrew Cuomo, was a celebrity before he entered office, as the son of Mario Cuomo, the former governor of New York.

So much for being an "unqualified lesbian," huh?