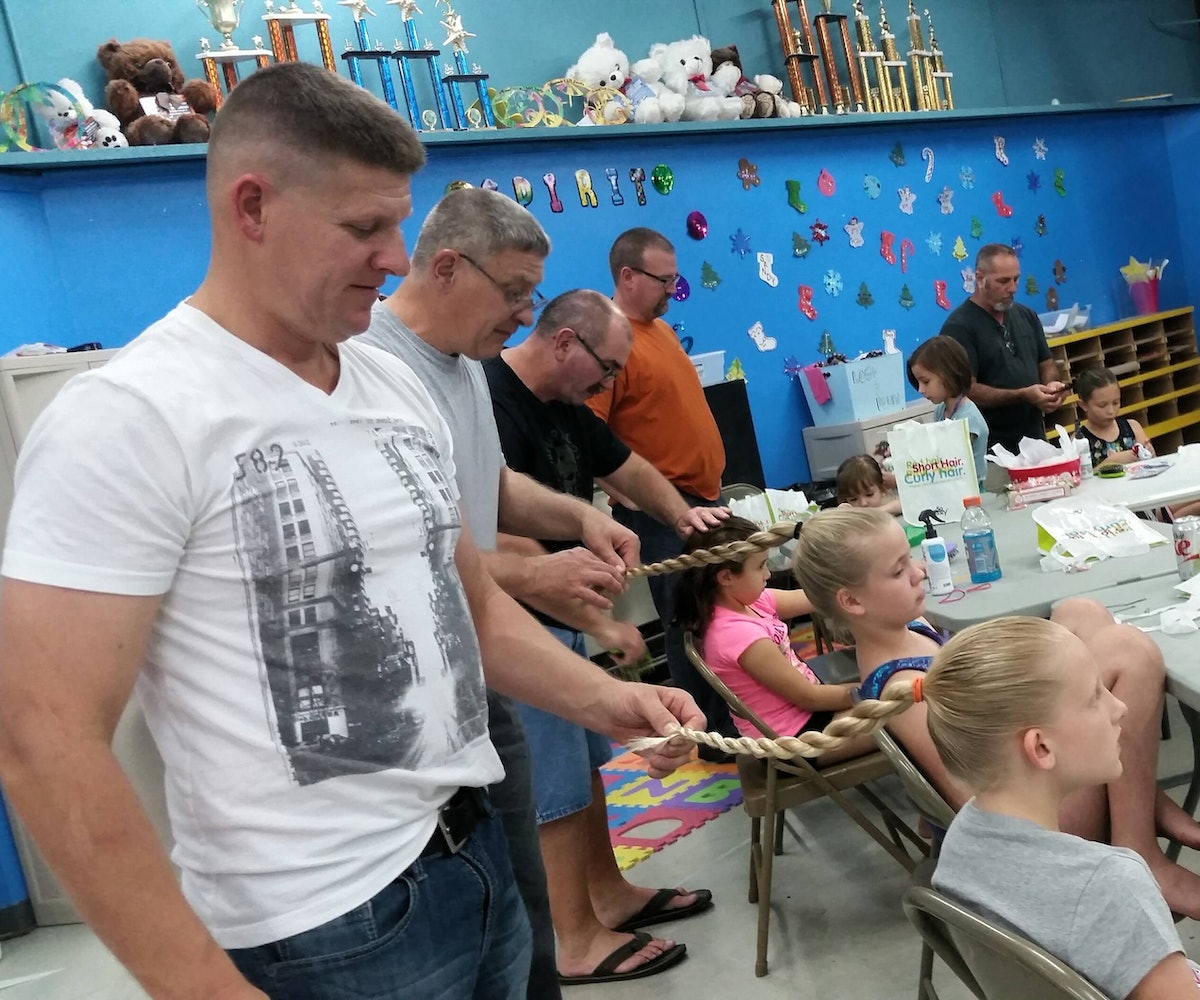 Single fathers with young daughters are presented with one specific, unfamiliar duty: providing your daughter, who is surrounded by braids, curls, and ponytails, with a look they love. So after single dad Philippe Morgese taught himself how to do his daughter Emma's hair through endless research and practice, he decided to help other dads take a more active role in their daughter's lives through a class, the Daddy-Daughter Hair Factory.

"I didn't want her to miss out on something, like being cool looking or having cool hair," he explained to NBC News. While Morgese has learned his way around a fishtail braid, a sock bun, and more, he also realized that taking the time every morning to style his nine-year-old's hair was a great way for them to bond. Hair styling isn't just a necessity for single dads—it can be an empowering tool for all dads. So, he started offering bi-monthly father-daughter hair lessons in Daytona Beach, Florida, where he resides. Since he's begun, over 100 dads have gone through the class to learn how to help their daughters loo like the princesses some girls love to be. Morgese has also started uploading his tutorials online and blogging his haircare tips on his website, all for free.

It might not seem revolutionary that fathers would try to learn simple styling tricks to help their daughters get ready for the day, but it's incredibly heartening to see all these dads choosing to bond with their daughters in such a nurturing way. Who says dads can't win the braid game? (Also, can one of them help us fishtail? Please?!)