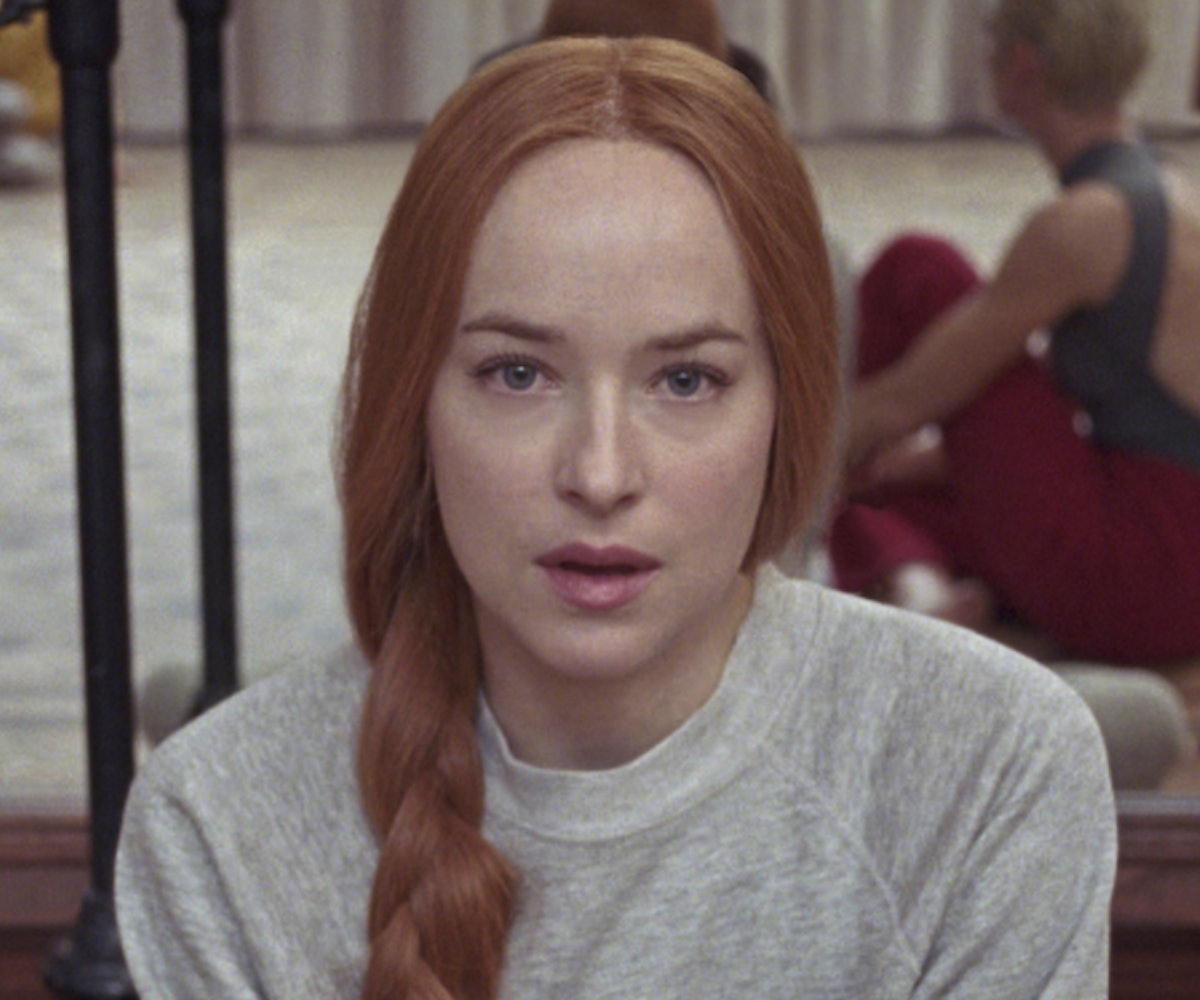 The first teaser for Dakota Johnson's horrifying new film, Suspiria, has finally arrived, and it will definitely give you nightmares this fall.

The film, which is a remake of Dario Argento's 1977 horror classic of the same name, sees Johnson as an American ballet student who learns about the horrific history behind Madame Blanc's distinguished dance school. Directed by Luca Guadagnino (Call Me By Your Name), the pic (which "fucked" Johnson up so bad, she had to seek therapy) is said to feature an onslaught of disturbing scenes, including one that sees a dancer's body being violently thrown around a mirrored rehearsal space by an invisible force which ends up splitting it in half. When this scene aired during the film's premiere at CinemaCon in April, various watchers reportedly turned away from the screen, citing that it was "traumatizing" and "beyond extreme."

And while the film's new teaser doesn't showcase this particular scene, it includes tons of other chill-inducing moments, including maggots crawling on a person's face, a woman's body wildly contorting, and a small girl's lifeless body inside an armoire.

Suspiria will be out in theaters November 2. See the film's teaser below—if you can stomach it, that is.