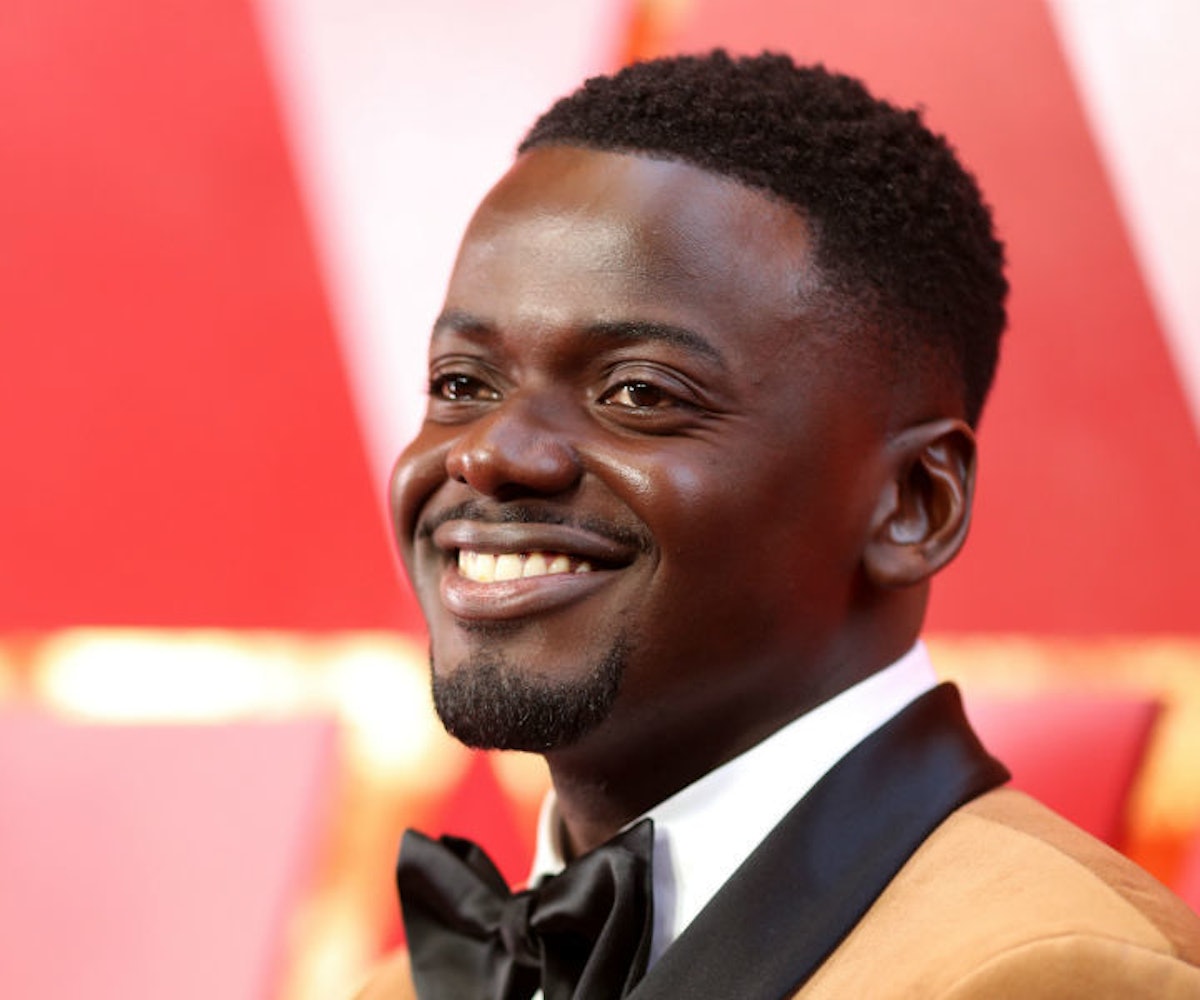 While we were all fixated on the beauty looks of the women during this year’s Oscars, the men were also delivering some glow that went unnoticed. For example, did you know (snubbed) Get Out actor Daniel Kaluuya wore Fenty Beauty Pro Filt'r foundation to help him achieve his flawless appearance? Yeah, neither did we.

The brand tweeted out the news yesterday, noting that his color match is #480 and #490. Makeup artist Amber Ambos then broke down his full award show beauty regimen for Billboard, mentioning that the goal was to perfect his skin for the red carpet. “We've done a great job of making sure he has glowing, beautiful skin,” she says. “It's so easy for someone of his skin tone to show up ashy or gray on a red carpet because of flash or a flashback from a product. That's the most important thing; I want him to go out there and be golden, I want him to glow.” Note that Kaluuya looked neither ashy nor gray because Rihanna and her team made it a point to consider things like undertones when formulating the foundations. Something other beauty brands can learn from.

We applaud men who ~dare~ to wear makeup. It’s the Oscars, honey, everyone wants to look their best.