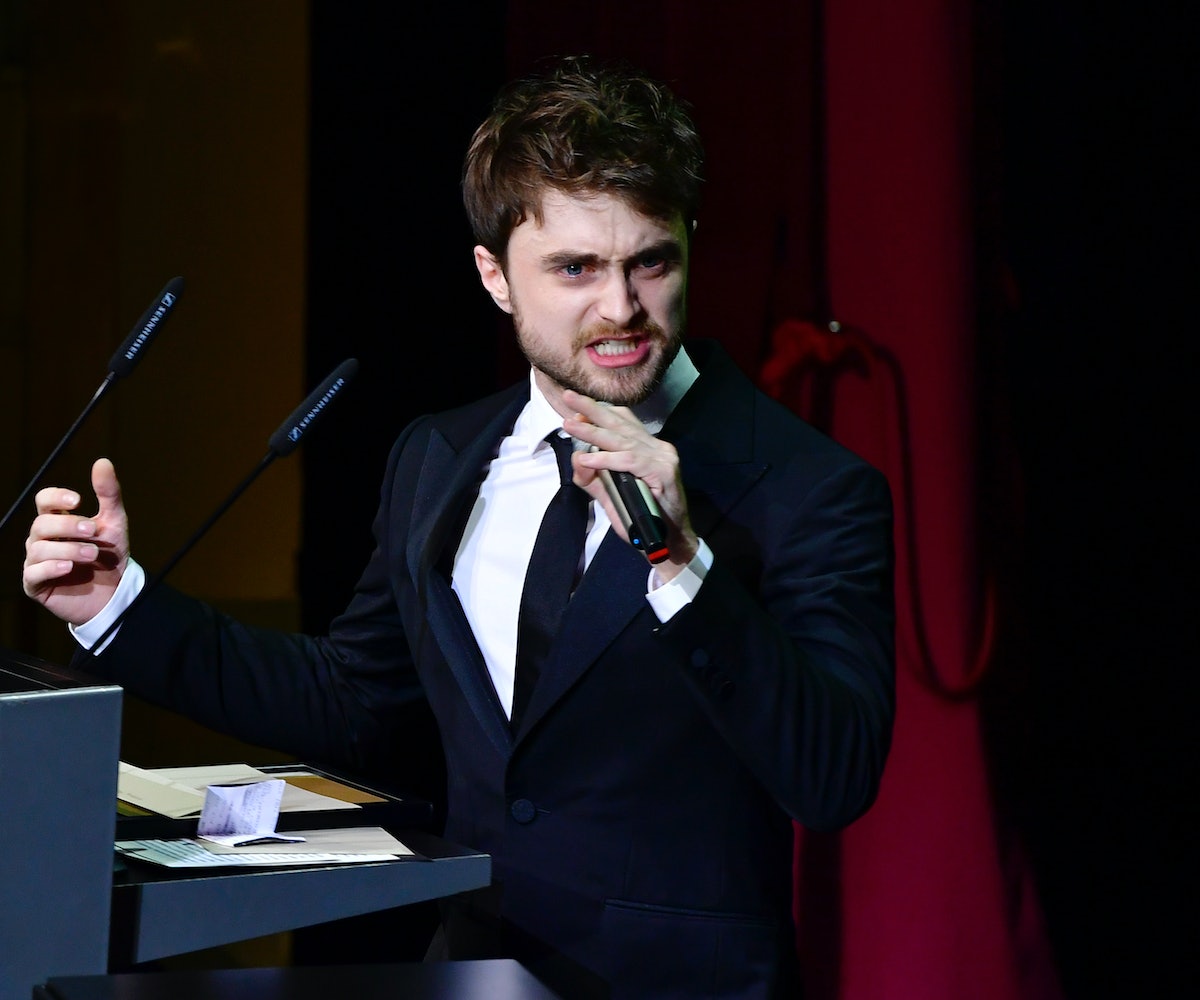 In case you doubted that TV is the new movies, Harry Potter himself is coming to the small screen. Daniel Radcliffe, who we just unfairly called Harry Potter even though he hasn’t played the role in six years, is leaving the wizarding world behind (can’t help it) for a job in heaven. TBS announced that Radcliffe has joined their upcoming comedy Miracle Workers, where he’ll play a “low-level angel” named Craig in what is being described by the network as a “heaven-set workplace comedy.”

Joining Radcliffe in Elysium is Owen Wilson, who scored every actor’s dream job and will be playing God himself. The hook is that while God is too busy enjoying life as an all-powerful being to perform any of his duties, it’s up to Craig to pick up the slack. In the past, Radcliffe has proven himself to be a natural at entry-level positions, like the time he manned our front desk like an old pro. The show, which is an anthology series—meaning that the following season will follow a different set of characters—was created by Simon Rich (who made the very underseen Man Seeking Woman on FXX), who based it on his own book What in God’s Name.

Brett Weitz, executive vice president of original programming for TBS, could barely contain his glee at landing two of the most popular and well-liked stars on the planet. “Having Daniel Radcliffe and Owen Wilson join the TBS family is proof of the continued evolution of this comedy brand as the home of the most creative minds in the business,” he said. It is also proof that peak TV will not stop until your social life is in tatters.