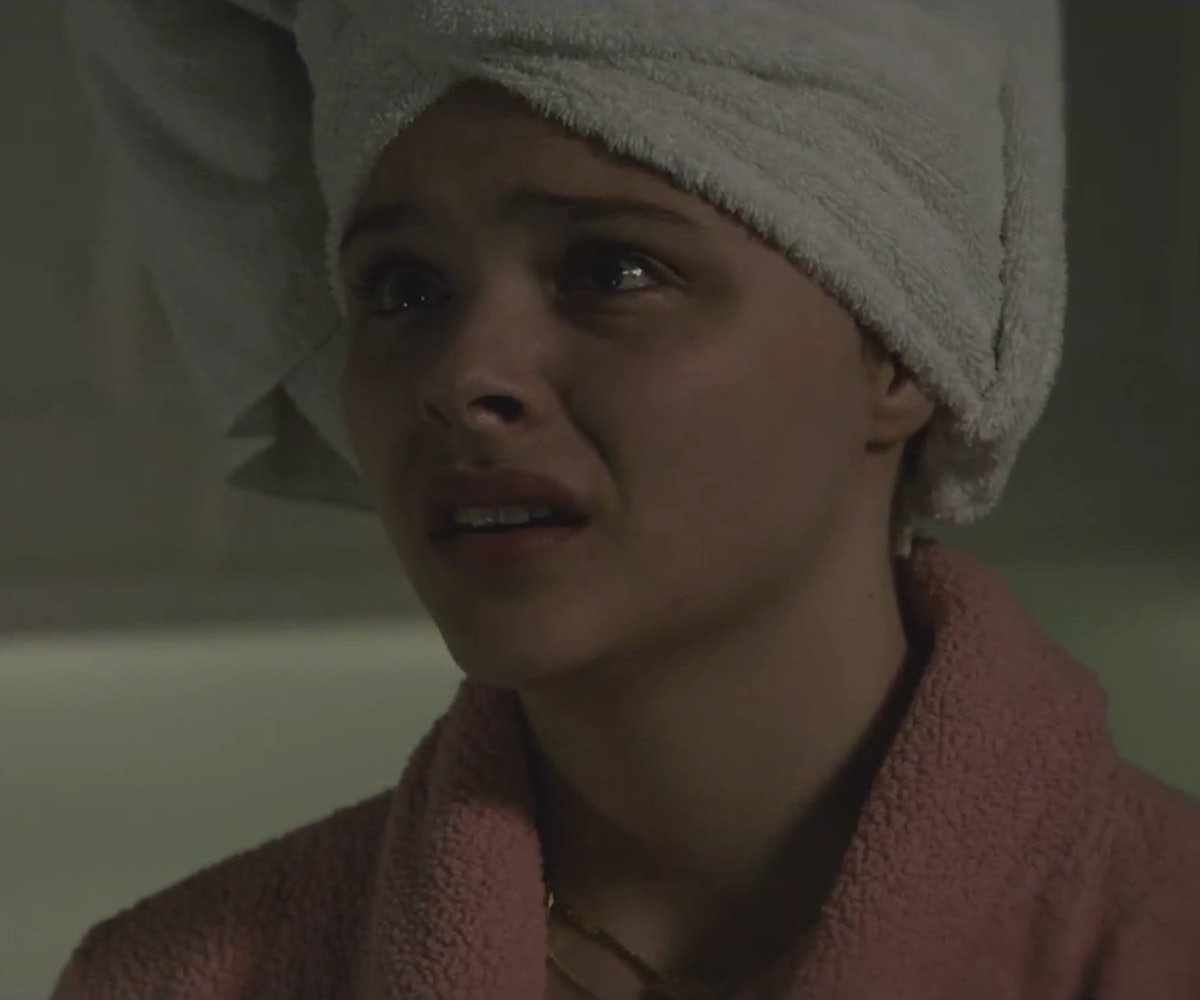 Anyone who's read, or even heard of Gillian Flynn's Dark Places knows that it is easily one of the most chilling, disturbing stories conceived in the past 20 or so years. It covers so much ground—from the '80s Satanic Panic to murder, molestation, and deception—that it seems nearly impossible to pack it all into a feature film. Yet, Dark Places manages to stir up nearly every emotion known to humankind in a compact, suspense-filled two hours. In this exclusive clip, we see how the cast—which also includes Charlize Theron, Christina Hendricks, and Nicholas Hoult—and director/screenwriter Gilles Paquet-Brenner manage to adapt the complex storyline into something both believable and disturbing.

In this exclusive clip, we see Diondra (played by Chloë Grace Moretz) and Ben (played by Tye Sheridan) on the night of their satanic sacrifice ceremony. The cops are searching for Ben, who was accused of molesting a child in his volunteer art class at the local primary school, and Diondra, who comes from a very wealthy, strict household, who is pregnant. This is, of course, before Ben is accused of slaughtering his mother and two sisters.

Dark Places opens in theaters this Friday, and is available to watch now, exclusively on DIRECTV.