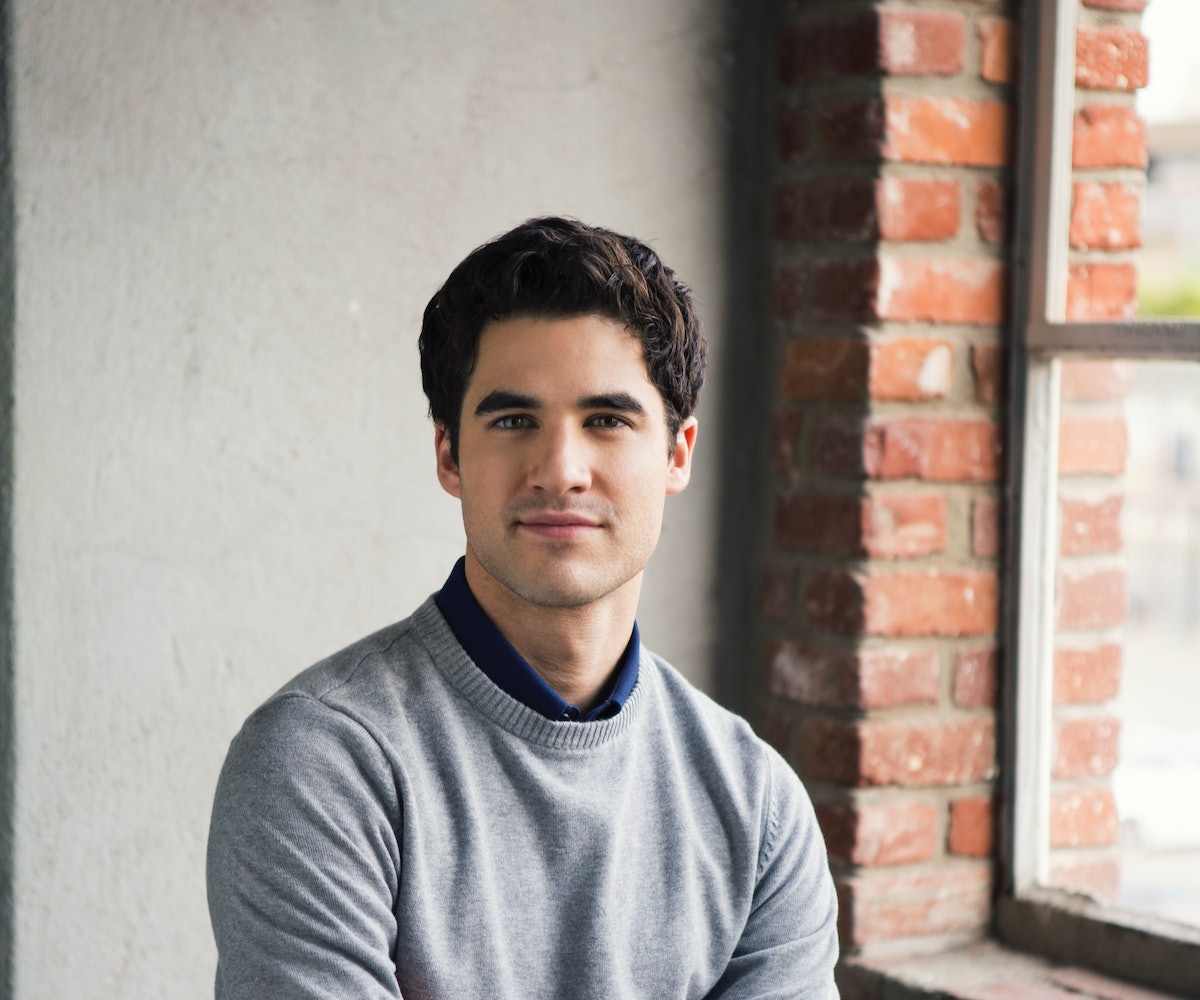 The Motley is celebrating their 5th anniversary this month, and Darren Criss is here to help celebrate. Started in 2010—Criss joined as a partner in 2013—The Motley is a “men’s grooming destination” says Matt Ruggieri, one of the founders. Alongside his sister Madison, they have created a hub for men’s grooming products and gifts. With suggestions from staff and Criss himself, the website has developed their own products, like Buckler’s Skin, Port Products, and their own fragrances—which we’ve tested—and are easily as nice smelling for guys as they could be for girls. The Motley has shaving products, cleansers, moisturizers, hair pro and fragrances. They are celebrating their 5th anniversary—the wood anniversary—with a new scent, Palo Santo, which smells off smoky wood and is meant to “ward off bad spirits,” says Madison.

Criss, who is humble about his position at The Motley, says “the men of Hollywood are grooming fans,” so he of course helps target that audience. “He knows what the hell he’s talking about” says Ruggieri. And when Criss explains his favorite products, it shows. Buckler’s Chapped Skin Remedy, one of Criss’ favorites, is great for hair and surviving a brutal winter, he says. “My knuckles get so dry in the winter they will bleed, and I swear by this to help keep them from bleeding.” Madison chimes in, saying women can use the Buckler’s Chapped Lip Remedy, too.

Need gift suggestions? Have no fear, The Motley creates kits with a suggestion of different products, which is a great way for someone to figure out which products they like to then re-buy. The kits, Criss says, “are nicer products, they have a class and elegance to them. [Gifting one] is a kinder gesture than buying one product.”

The Motley co-founders Madison and Matt with Darren Criss.