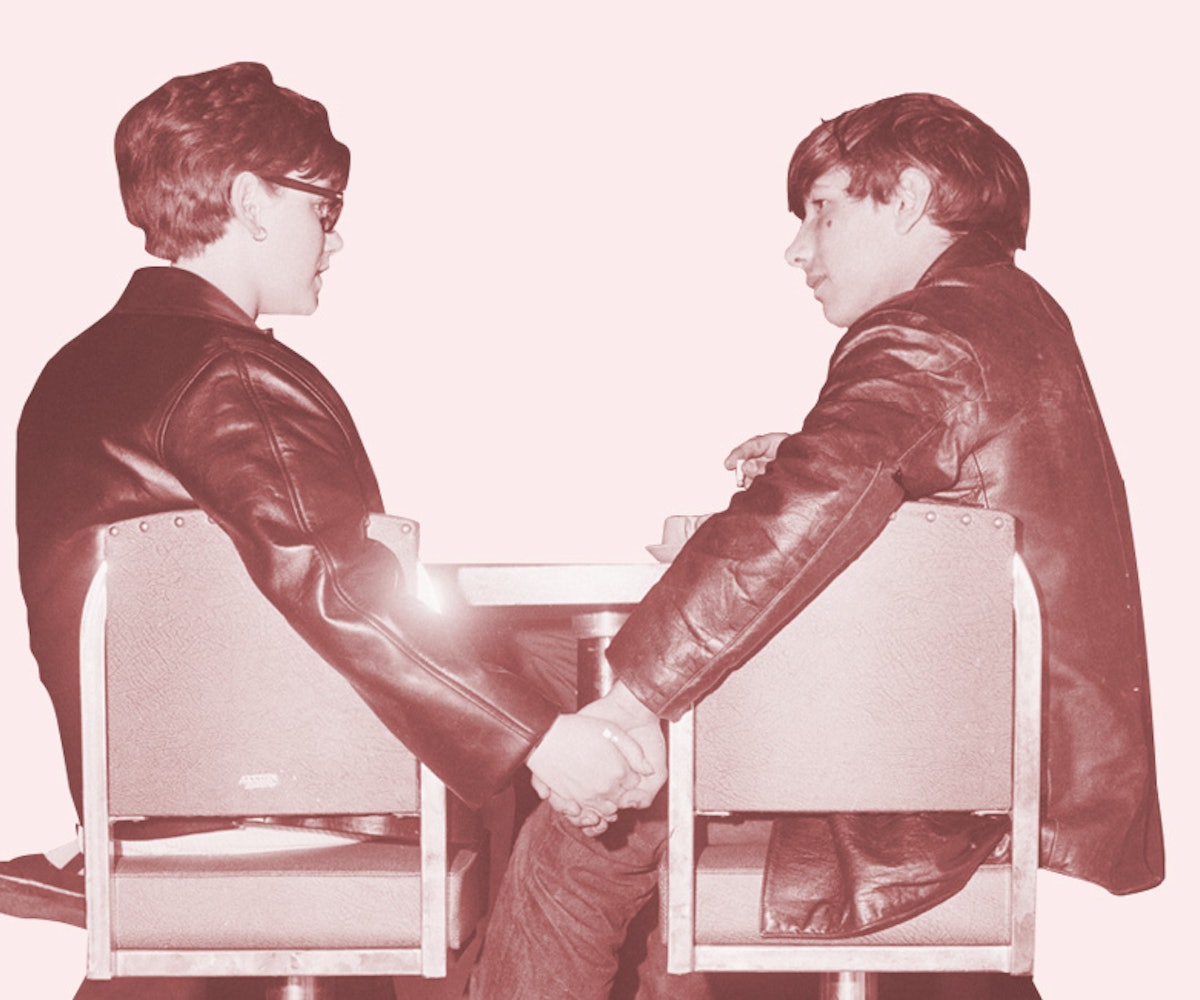 A positive HIV status does not make you a pariah—or, at least, it shouldn't. And yet, for many positive people, it feels that way. In part, this is because HIV is a lifelong infection and, in part, this is because it was once a death sentence; the question wasn't when it would lead to death, but how soon. But that's changed in recent years with the rise of prevention drugs, like PrEP. Yet the stigma surrounding HIV still leeches its way into the everyday, affecting how we flirt, date, and fuck.

"I have absolutely turned down someone because they were HIV positive," David Robertson says. "It’s all because of fear." Robertson is the creator of Hope Is, an empowerment center and civic engagement movement in Chicago, who was diagnosed with being HIV-positive in 2007. Since then, Robertson has dedicated himself to amplifying the "human" in human immunodeficiency virus. "People, dating or otherwise, are more interested in the diagnosis than the positive person," Robertson says. "The lack of recognizing the resilience of positive people is draining."

Right now, more than 1.1 million people are HIV positive in the United States; last year, 39,782 tested positive, queer black men being at the highest risk for infection. Thanks to the increased and focused marketing of treatment and prevention medications, the number of new infections has dramatically decreased, but that has probably led to fewer people talking about the disease, further stigmatizing it. "The silence around HIV is startling," Jose Ramos, the founder of Impulse Group, an international HIV/AIDs awareness group, says. Ramos, who tested positive for HIV five years ago, was dismayed by the lack of dialogue going on within the queer community, even as he was encouraged by the progress made in treating the disease as compared to how it was when he started his activist work in the '90s. Still, though, it was hard to be excited by the fact that something that was once a normal part of conversation with a new partner—disclosing HIV status—has now become almost taboo.

I asked Robertson how he approached telling a prospective partner about his status. "I never want to meet someone with the information that they didn’t have," Robertson says. "Ignorance is not bliss; if they don’t meet someone like me to tell them my truth, they're going to meet around 15 people who have the same thing I have who won’t speak their truth because they're afraid of rejection." Education is, after all, a form of prevention. It's a way of normalizing, as well; the more we know, the less afraid we'll be and the more likely we will be to act with a well-informed sense of caution, instead of ignorant recklessness.

This type of heedlessness, fueled by a new understanding that HIV isn't the death sentence it once was, is dangerous. Ramos reminds me that just because HIV is treatable now, behavior that puts an individual at risk of contracting it is not to be encouraged. The overall number of positive HIV diagnoses may be dropping, but they're on the rise within queer POC groups. And while a positive status is not a cause for alarm or a reason to not date someone, that still doesn't mean that people shouldn't take it seriously or that it isn't an incredibly dangerous disease—particularly if it's contracted unknowingly and, as such, untreated. Because while being HIV positive isn't something inherently negative, not knowing your status is. So stay safe and informed, and remember that the most positive thing of all is awareness.

To find an HIV testing center near you, visit HIV.gov