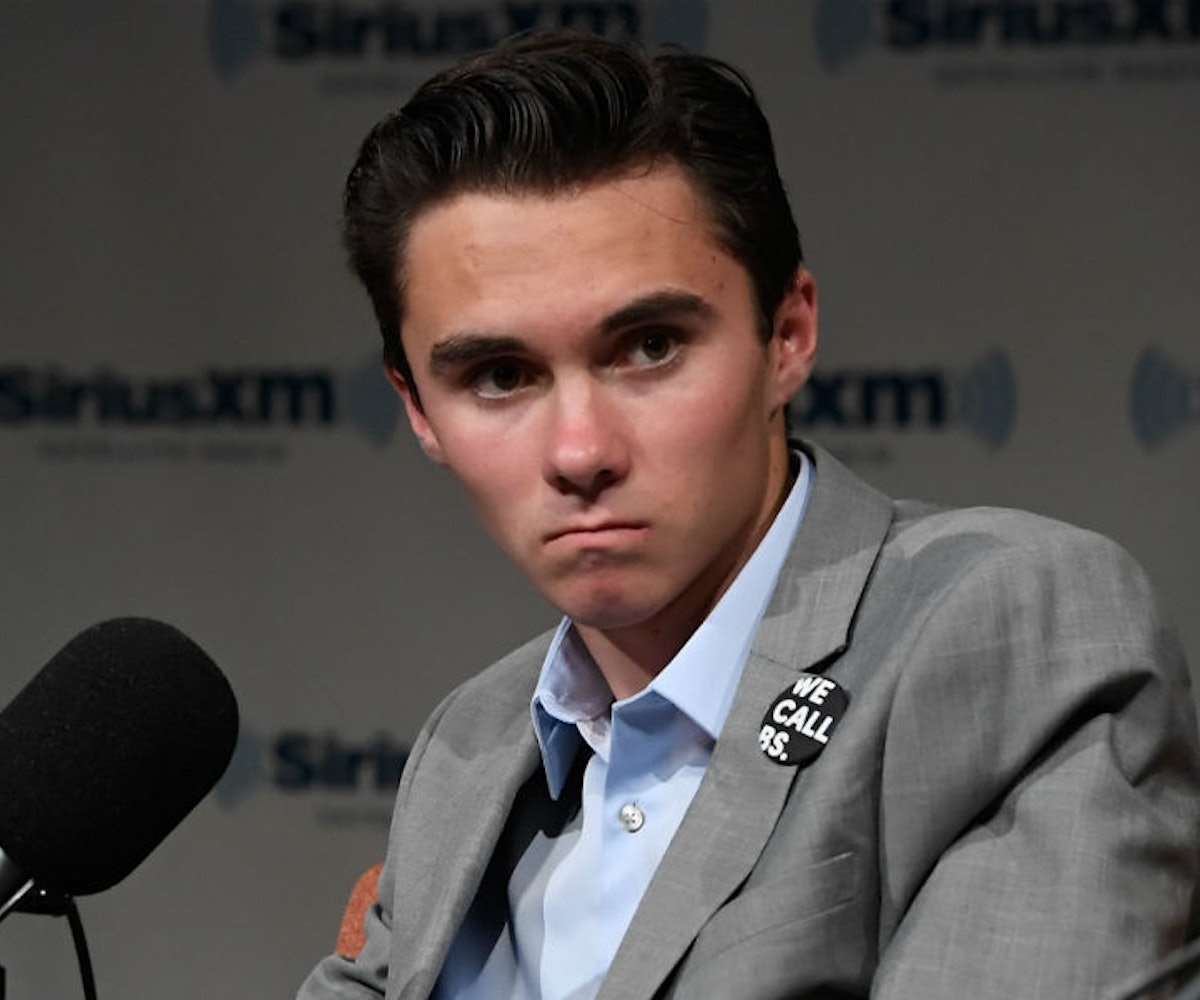 Hey, quick question: What is it about high school students that people find so threatening? Is it the fact that they’re working to make the world a better place, or that they’re working to make themselves better people? The most recent to go after an unsuspecting student is conservative St. Louis TV and radio host Jamie Allman who threatened Parkland survivor David Hogg.

Two days before, Hogg went head-to-head with Fox News host Laura Ingraham after she made fun of him for not getting into certain colleges, Allman wrote that he was “preparing” to assault the 17-year-old. A quickly-deleted tweet read: “When we kick their ass they all like to claim we’re drunk. I’ve been hanging out getting ready to ram a hot poker up David Hogg’s ass tomorrow. Busy working. Preparing.” On Tuesday, Sinclair Broadcast Group, which owns the St. Louis television station, confirmed to CNN that Allman has resigned and that his show has been canceled.

NEXT UP
Nylon Nights
Jenna Ortega's Golden Globes After Party Look Is Goth and Corseted
Fashion
The Wildest Front-Row Looks From Couture Week In Paris
Entertainment
Emma Chamberlain Is Officially Moving to Spotify On February 23 (Exclusive)
Beauty
Otherland’s New Candle Collection Is A Sensory Time Capsule Of The ’90s
Style + Culture, delivered straight to your inbox.